Supermarket giant Woolworths has vowed not to raise the price of almost 200 "essential trolley items" until the end of the year, despite inflationary pressures.

Some of the items in the prize freeze include flour, sugar, oats, eggs, tea bags, coffee, pasta, frozen peas, cheese blocks, bread rolls, bacon, and baby essentials such as nappies.

"The challenges we've worked through together in the last two plus years have been unparalleled – from droughts and fires to COVID (A thru O), floods and supply shortages and now inflation and the pressure on household budgets," the email from Banducci reads.

READ MORE: Australia's inflation lower than most in OECD but worst is yet to come

Now, inflation was affecting almost every category of goods Woolworths sold, he said.

"Most recently, we have seen material inflation in vegetables given the very poor growing season on the Eastern Seaboard, due to the rain, high humidity and low light levels – hence what you may see on cucumbers, capsicums and lettuces amongst others."

Grocery prices have seen huge jumps in eastern states this year as floods, the pandemic and fertiliser shortages put increasing pressure on suppliers.

Banducci advised shoppers wanting to cut down on rising costs to get creative and mix up their usual shop by buying frozen instead of fresh produce, for example.

Mandarins and oranges were also good seasonal buys with plenty of supply at the moment, he said. 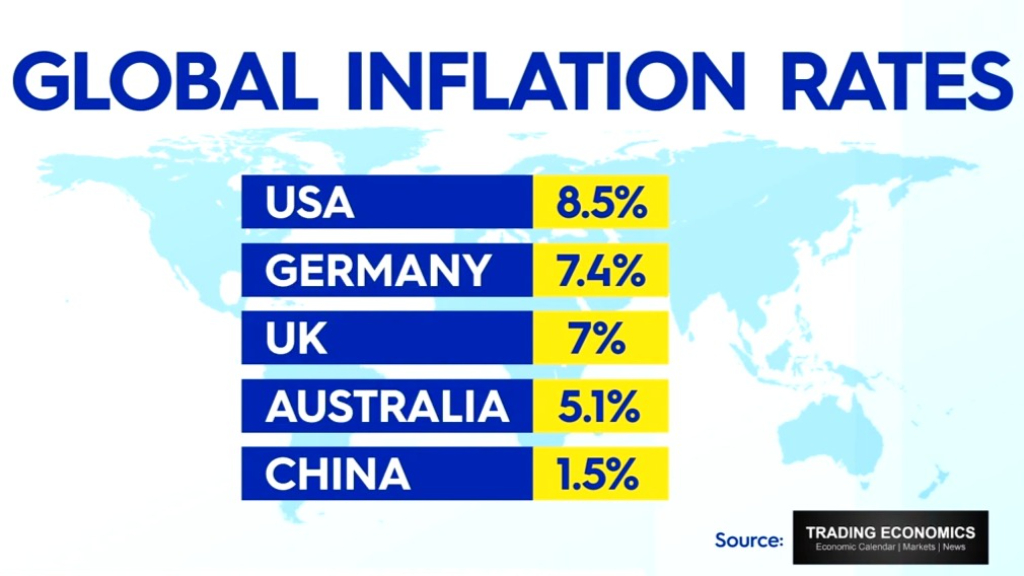 Swindells said that while there were shortages of lettuce, berries, beans, there were ample stocks of alternative fresh produce.

"There is still plenty of citrus, plenty of apples, pears, grapes … veggies are under pressure but you can still find great value across the shop. You don't to have come away from eating healthy," he said.

"Pumpkin's cheap, when it is cold and it is wintery, pumpkin and cumin soup will go quite far."

Items in the Woolworths price freeze include: