A woman has been freed after her arm became stuck in a drain when she was reaching for a lost object in the Australian Capital Territory.

9News understands a child dropped an item down the drain and the woman was trying to retrieve it.

It's understood her hand became wedged in the drain while she was reaching for the item. 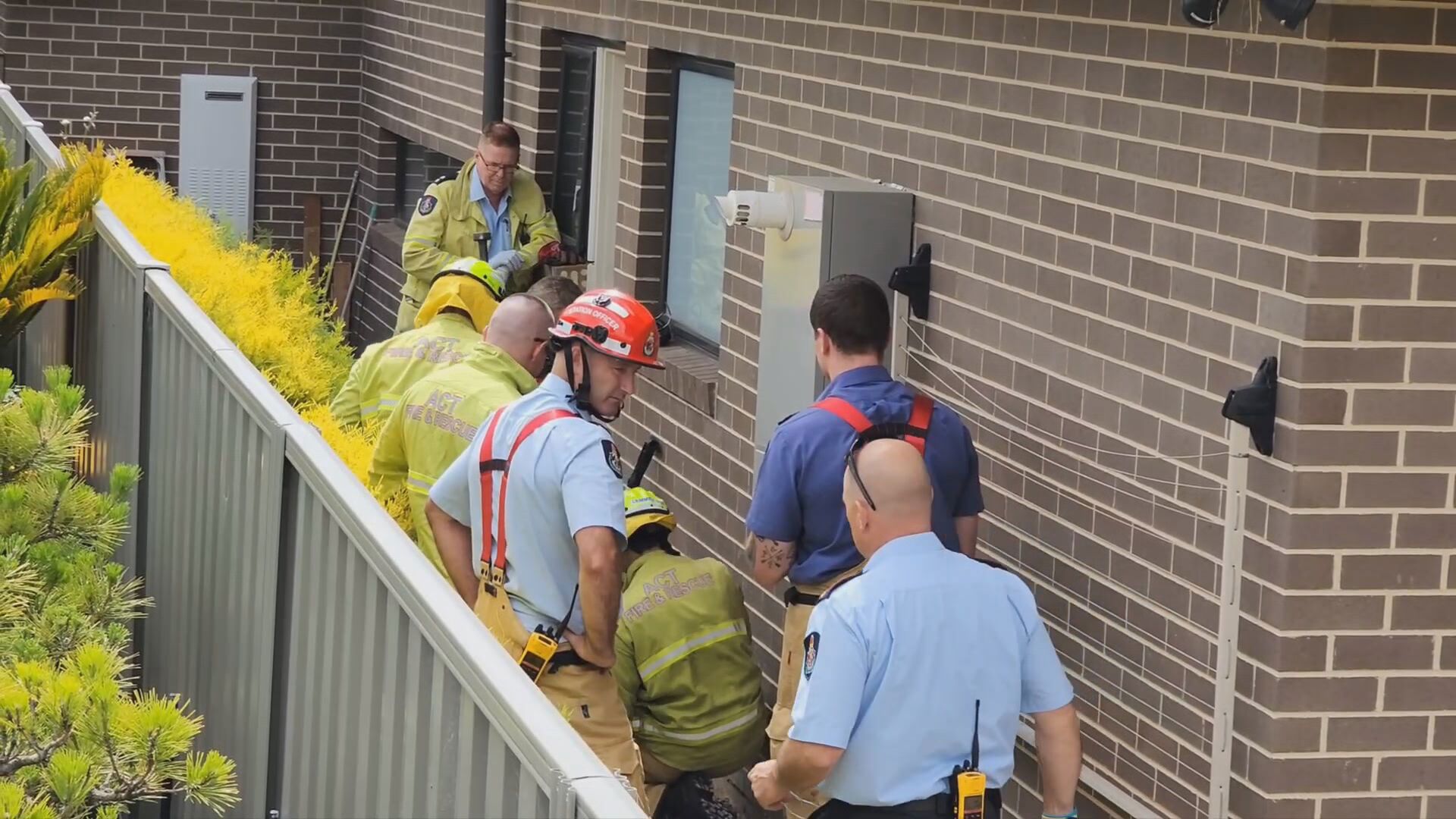 Emergency services began digging around the outside of her home to access the drain in an effort to free the woman.

﻿ACT Fire and Rescue commander Mitch Brennan said they were called to Ivory St in Crace at about 3pm.

"In conjunction with ACT Ambulance service, the casualty was released from the drain and transferred to Calvary Hospital," Brennan said.

READ MORE: Hundreds of thousands to be affected by bold Australia Day move

"We were setting up for a possible dig on the outside of the house to access the drain, which wasn't required in the end."

The woman was treated for minor injuries.﻿

Residents fed up after man allegedly damages 43 cars during rampage