A 51-year-old woman has been arrested after a five-year-old boy was injured in an alleged hit-and-run on Friday in Geelong.

The boy, Angus, was crossing Munday Street with his brother at about 3.30pm when a car hit him.

The woman was arrested at her Geelong home at 12.15pm today and interviewed by investigators. 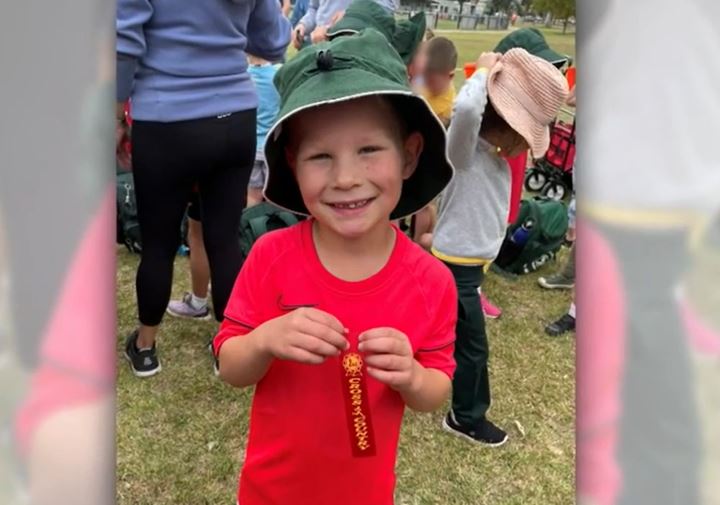 While friends and family moved Angus off the road, the female driver was initially present at the scene.

Police and witnesses say she returned to her car moments later and drove off down Yarra Street.

Angus was taken to the Royal Children's Hospital with non-life-threatening injuries.

The 51-year-old has been released and is expected to be charged on summons with failing to render assistance after a serious injury, failing to remain at the scene of an accident, and failing to report a collision to police.

Police have seized the woman's car, which will be forensically examined.