Why this student wants more climate action from federal government Melbourne school student and climate activist Anjali Sharma spent most of her day watching press conferences and parliamentary proceedings as the Greens announced their support for the federal Labor government's climate bill.

She told 9News.com.au the legislation is a good first step but wouldn't call it a "win", instead demanding the Albanese government further raise its emissions target.

"Any action is good action and you're not going to condemn positive moves towards the future we need," she said.

"But we hold the position it doesn't go far enough."

Sharma said the government's push to legislate the emissions target is symbolic and making sure it's met is the real hurdle.

"It shouldn't be about showing off (that) you care… it's about making sure it's met," she said.

The proposed legislation will update Australia's climate obligations under the Paris Agreement, committing to a 43 per cent emissions reduction by 2030 and net zero by 2050.

But Sharma says Australia should be aiming for a 75 per cent emissions target, which she says is what the science calls for.

She added the government also needs to stop the approval of any new coal and gas power plants.

"The most immediate action is for the government to indicate no further approvals will be handed down for coal and gas projects," she said. 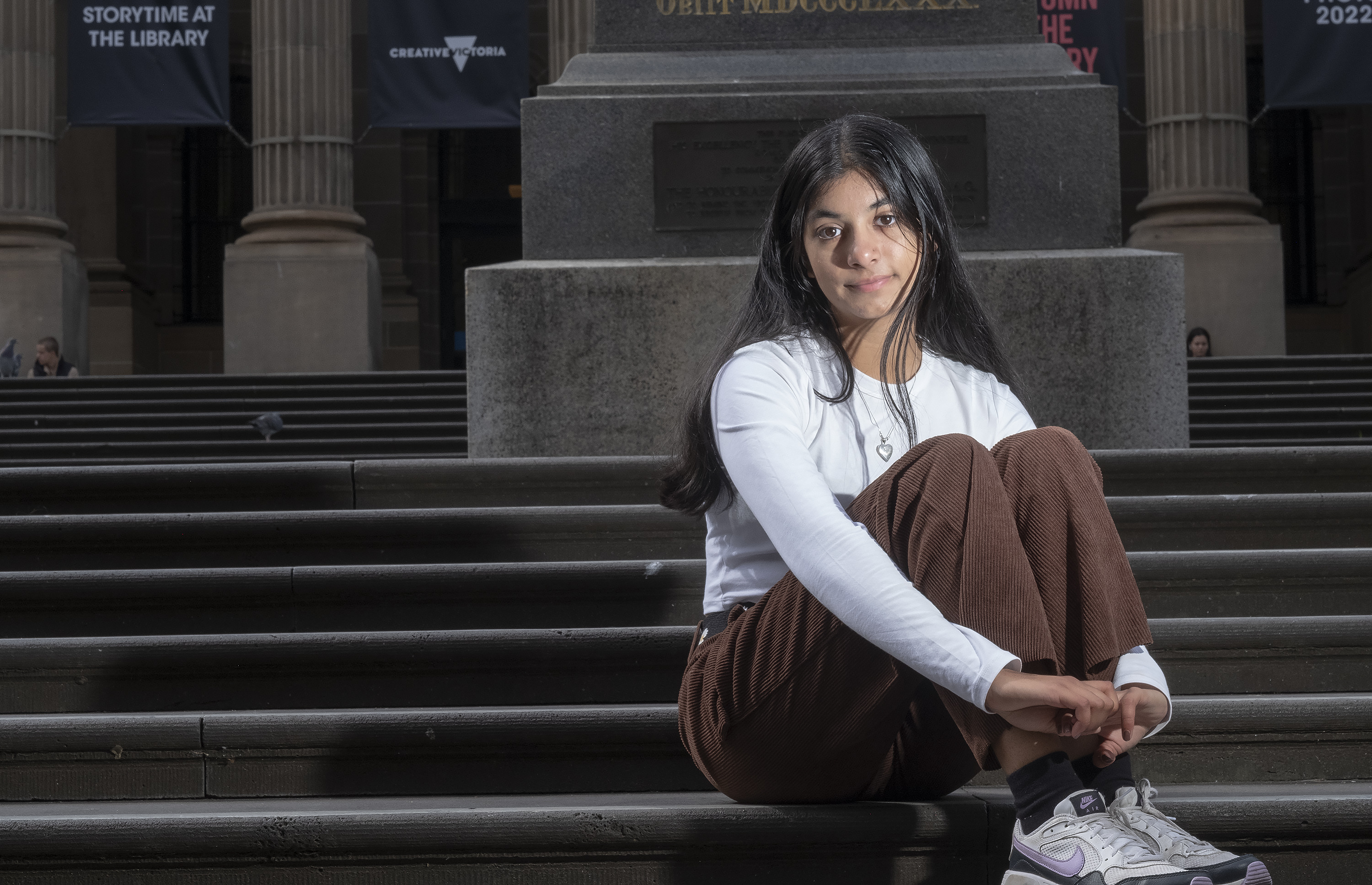 Sharma spoke to 9News.com.au after a school day when, instead of focusing on her classwork, she decided it was more important to tune into the press conferences from Bandt and the federal government, because of the climate change impacts her generation will suffer.

"This is the world being handed to me and my generation," she said.

"You open your social media and the first two things you see are new floods in Kentucky and fires in Spain.

"That's why my generation takes so much time off school. It's not a passion project, we have to take action."

With the grave future ahead, it sparked Sharma to become a part of the School Strike 4 Climate movement filled with students wanting climate action now.

"It's up to us to hold the government accountable," Sharma added. Earlier on Wednesday, Greens leader Adam Bandt announced his party will vote with Labor to pass the climate bill.

"People need to be clear-eyed about the importance of this bill and that this government is bringing a bucket of water to a house fire," Bandt said.

Bandt continued his call for the government to stop any new coal and gas projects.

With the Greens' support, Prime Minister Anthony Albanese said he is "confident" the bill will pass through the lower house.

"This is an opportunity to end the climate wars," Albanese said.

The Coalition has already announced it will not be supporting the climate bill, instead throwing its support behind nuclear energy which Albanese said shows the opposition is "stuck in the past".

'Most famous dog in Queensland' found after frantic 24-hour search