For months, US officials balked at sending M1 Abrams tanks to Ukraine, insisting they were too complicated and too hard to maintain and repair.

Overnight that abruptly changed. Ukraine's desperate pleas for tanks were answered with a sweeping, trans-Atlantic yes.

The dramatic reversal was the culmination of intense international pressure and diplomatic arm-twisting that played out over the last week. And it resulted in a quick succession of announcements: The US said it will send 31 of the 70-ton Abrams battle tanks to Ukraine, and Germany announced it will send 14 Leopard 2 tanks and allow other countries to do the same.

A look at the massive battle weapon, why it is important to Ukraine's war with Russia, and what drove the Biden administration's tank turnabout.

READ MORE: Despite concerns, US to send 31 Abrams tanks to Ukraine﻿

What are the M1 Abrams battle tanks?

Carrying a crew of four, the Abrams was first deployed to war in 1991. It has thick armour, a 120 mm main gun, armour-piercing capabilities, advanced targeting systems, thick tracked wheels and a 1500-horsepower turbine engine with a top speed of about 68 kilometres per hour.

More recently, the battle titans led the charge to Baghdad during America’s 2003 invasion of Iraq, as 3rd Infantry Division units conducted what was dubbed “Thunder Runs” to break through Iraqi defences.

The Abrams' powerful jet engine can propel the tank through almost any terrain, whether heavy snow or heavy mud, said Kevin Butler, a former army lieutenant who served as an Abrams tank platoon leader. Butler recalled a muddy exercise in the late 1990s at Fort Stewart, Georgia, where he’d voiced concern about the tanks getting stuck because it had already stuck the Humvees.

The Abrams, he said, "didn’t even notice” the mud.

READ MORE: Case against Russia over MH17 downing can proceed﻿ Why the US kept saying no to Ukraine

The Abrams' jet engine needs hundreds of gallons of fuel to operate.

It will burn through fuel at a rate of at least 4.7 litres per kilometre, whether the tank is moving or idling, Butler said, which means a constant supply convoy of fuel trucks must stay within reach so it can keep moving forward.

The US worried that the fuel demands would create a logistical nightmare for Ukrainian forces. While an Abrams can storm through the snow and mud, fuel trucks can't.

In addition, like any jet engine, the Abrams' turbine needs air to breathe, which it sucks in through filtered rear vents. When those vent filters get clogged – whether by sand, as soldiers reported to GAO in 1992, or by debris they might encounter in Ukraine – they can't perform.

“The Abrams tank is a very complicated piece of equipment. It’s expensive, it’s hard to train on… It is not the easiest system to maintain. It may or may not be the right system,” the under secretary of defence for policy, Colin Kahl, told reporters last week at the Pentagon.

The Abrams also will require months of training. Ukrainian forces will have to learn how to operate its more complex systems, and how to keep it running and fuelled. 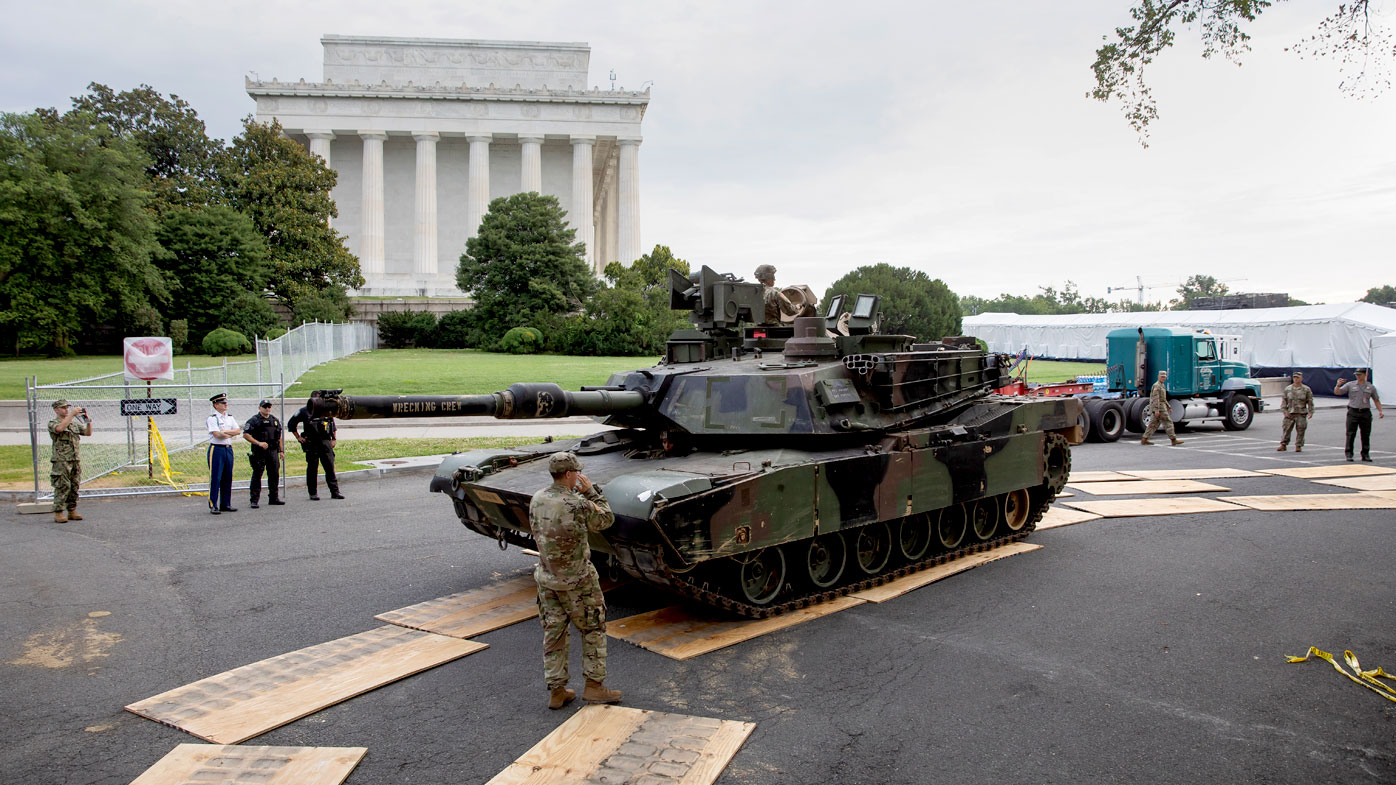 Despite all the drawbacks expressed by the US, when all was said and done, it came down to political realities and a diplomatic dance.

Germany had been reluctant to send the Leopards, or allow allies to send them, unless the US put its Abrams on the table, due to concerns that supplying the tanks would incur Russia’s wrath.

The US, meanwhile, argued the German-made Leopards were a better fit because Ukrainian troops could get them and get trained on them far more quickly and easily.

The impasse frustrated European allies, such as Poland, who wanted to send Leopards but couldn’t without Germany’s OK. Thus began the more fierce negotiations.

US and German officials both used the word “intensive” to describe the talks that ultimately led to the tank turnabout by both countries.

“This is the result of intensive consultations, once again, with our allies and international partners,” Chancellor Olaf Scholz said in an address to German lawmakers on Wednesday. 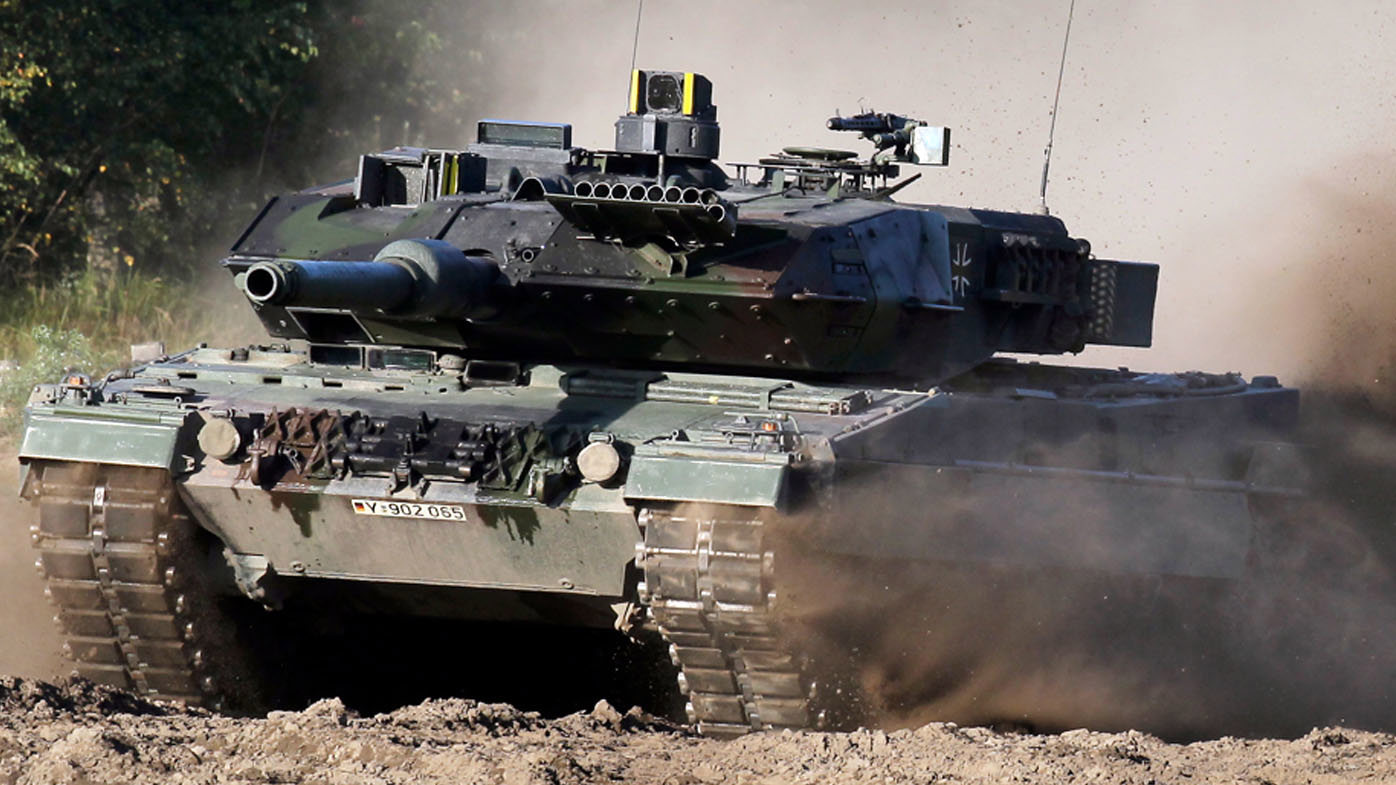 Echoing Scholz, a senior US administration official said talks had been going on for some time but “in a much more intensified way over the last number of weeks". The official spoke on condition of anonymity to provide details on the decision.

From President Joe Biden on down, calls were made, including to Scholz. Defence Secretary Lloyd Austin and Army General Mark Milley, chairman of the Joint Chiefs of Staff, spoke and met with their German counterparts and other allies.

Last Friday, the pressure was palpable. Top defence leaders from more than 50 countries met at Ramstein Air Base in Germany to discuss Ukraine's ongoing weapons and equipment needs. Tanks were a key subject. Leaders from countries that have Leopard tanks met with the new German defence minister.

How long will it all take?

Timing for both delivery of the tanks to Ukraine and the training of Ukrainian troops is fuzzy. US officials would only say that it will take “many months” to deliver the Abrams tanks, but that the Leopards will arrive faster.

Doug Bush, assistant secretary of the Army for acquisition, said the US no longer buys new Abrams, but uses older ones as “seed vehicles” and refurbishes them. Doing that, however, isn't quick or easy, he said.

The training can begin more quickly, and the Pentagon is developing a program.

“We want to make sure that they (the tanks) fall on ready hands, and that the Ukrainians know how to use them, they know how to keep them running, and they’ve got the supply chain in place for spare parts and supplies," National Security Council spokesman John Kirby said.

Bush said the Ukrainians have shown they have the knowledge and capabilities to learn new systems quickly.

“We can often abbreviate and accelerate what we can do in terms of training for Ukrainian army soldiers,” he told reporters Wednesday.

"With enough motivation and dedicated 24/7 access to them, we can train people really quickly,” he said.

"The US Army knows how to do that.”

Holocaust survivor 'cheated out of almost $4m in romance scam'