The lions involved in the ﻿infamous escape at Taronga Zoo in Sydney will not be on show to the public for at least several more weeks.

Taronga Zoo said the animals will remain behind the scenes until a "rigorous" review concludes into how they escaped their enclosure last year.

The five lions were spotted outside of their main enclosure on November 2, after there was an "integrity issue" with a containment fence.

﻿The escapees were identified as father Ato and cubs Khari, Luzuko, Malike and Zuri, who were kept at the Savannah enclosure.

A review completed soon after the escape found the lions had "played and interacted" with the fence for about 20 minutes before they were able to﻿ break through it.﻿

A zoo spokesperson said the lions will return to public view when they receive the findings and recommendations from the third-party review. 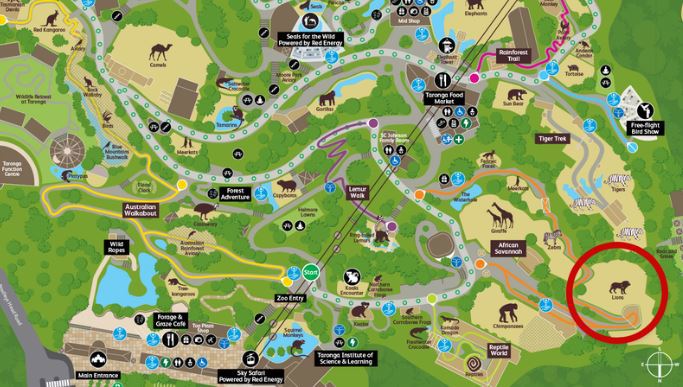 The spokesperson said they anticipated repairs to the fence would begin in February.

﻿"Our priority is to return to the lions to their main habitat as soon as possible, but only once all necessary repairs have been made," the spokesperson said.

"The fencing system used in the lion habitat is specialised and requires an in-depth and rigorous review that will take some time to complete."

The lions are currently in an open-air, back-of-house habitat, where they have access to several indoor holding dens.

The animals were only outside of their enclosure for 10 minutes. A loud duress alarm – sounded soon after their escape – prompting a strict lockdown.