Why do doctors want to crack down on vaping laws? The Australian Medical Association (AMA) is one of a number of organisations urging the federal government to ban personal importation, tighten nicotine limits and protect children from predatory advertising and product design.

They're also pushing for plain packaging laws and a plan to fight back against illegal advertising, promotion and sales.

Those calling for tougher regulation point to the growing number of young people taking up vaping and the widespread availability of black market nicotine-based vapes as major problems with the current framework.

Conversely, this booming black market — along with reported benefits for those trying to quit smoking and inconsistencies with tobacco laws — is also the major argument those in favour of looser regulations use to boost their case.

What are the vaping laws right now?

There are basically two sets of rules, one for nicotine vapes and another for the nicotine-free variety.

In theory, it's pretty hard to get nicotine vapes because you need a prescription from a doctor, generally part of a last resort in attempts to quit smoking.

But there's anecdotal evidence of a huge black market.

Non-nicotine vapes are subject to many of the same restrictions as tobacco on who can buy them and where they can be sold.

But tobacco control policy expert Professor Coral Gartner says there is evidence physical shops, along with the internet, are a "major pathway" for buying the restricted variety.

Why are we talking about this again?

The Therapeutic Goods Administration is looking into a possible major overhaul to laws regarding importing, regulation, quality and safety standards and targeting of children.

Submissions closed on Monday and though it will likely be some time before they're officially made public, many of the relevant organisations are releasing their submissions themselves.

Proposed options for changes range from broadly maintaining the status quo right through to a full TGA-based approval process for nicotine vapes and an almost total import ban.

Why are critics worried? Give me the numbers

Many health campaigners are worried vaping could be getting a new generation of kids who never would have taken up smoking hooked on nicotine.

"Vaping is not harmless, it is not safe, it is not part of tobacco control," AMA president Professor Stephen Robson argues.

In its submission, the peak body highlights figures showing a steady rise in Australians who had vaped, noting particular concern that more than one-in-five people aged 18–24 tried one of the devices in 2020–2021. 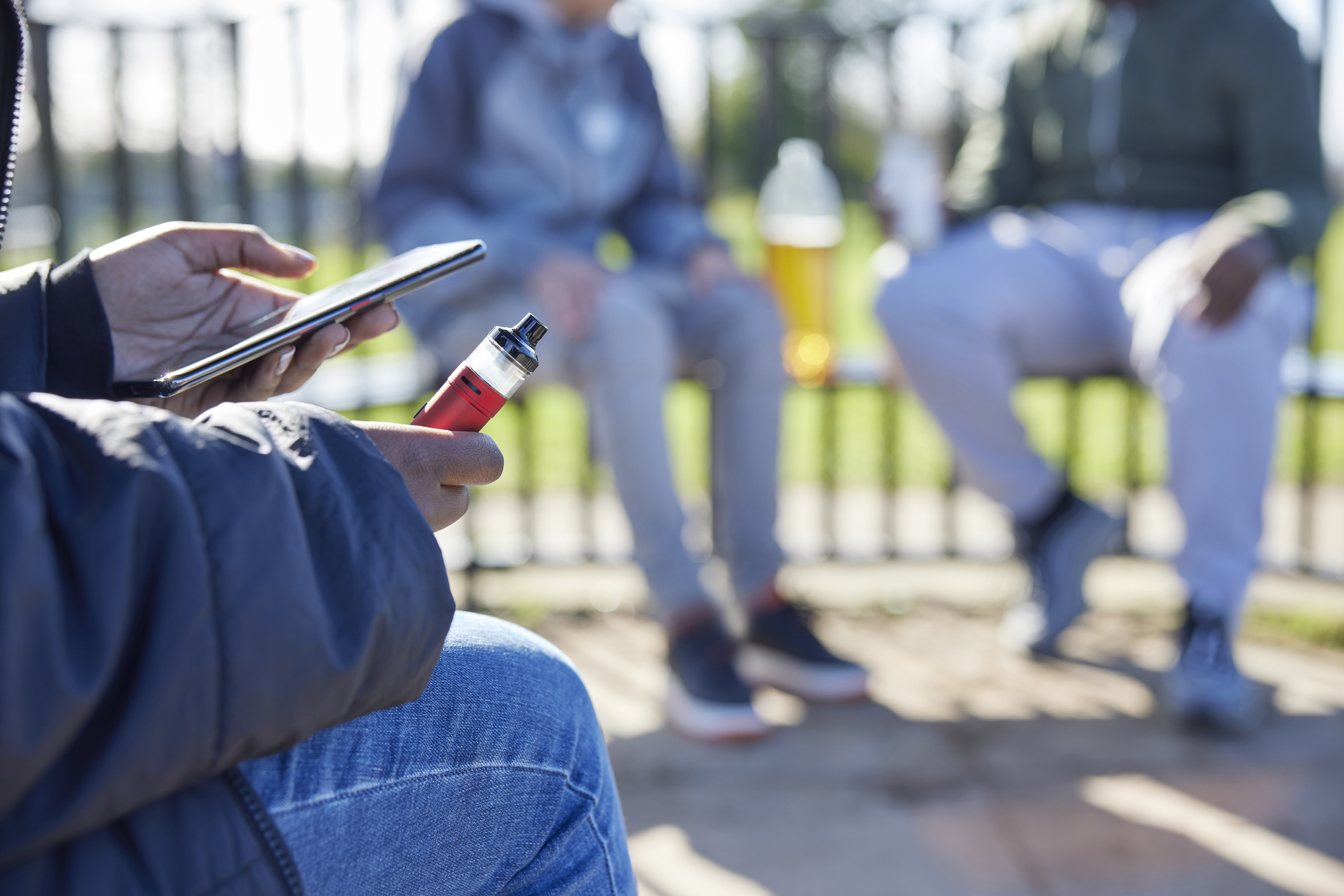 The Australian Association of Convenience Stores (AACS), which wants to loosen regulations, claim there are already 1.1 million vapers in the country.

The Heart Foundation, Minderoo Foundation, the Royal Australian College of General Practitioners and others have called for similar restrictions to the AMA.

"E-cigarettes are simply not safe to use and have been shown to cause non-smokers to take up tobacco smoking – a dangerous double-whammy on a person's heart health," Heart Foundation CEO David Lloyd said in a statement.

"Despite being illegal unless prescribed, e-cigarettes containing nicotine have somehow increasingly found their way into the hands of Australian children, young people and reformed smokers.

"As a nation, we are now at a 'sliding doors' moment where we risk allowing the health mistakes from tobacco cigarettes more than 60 years ago to be repeated for an entirely new generation." 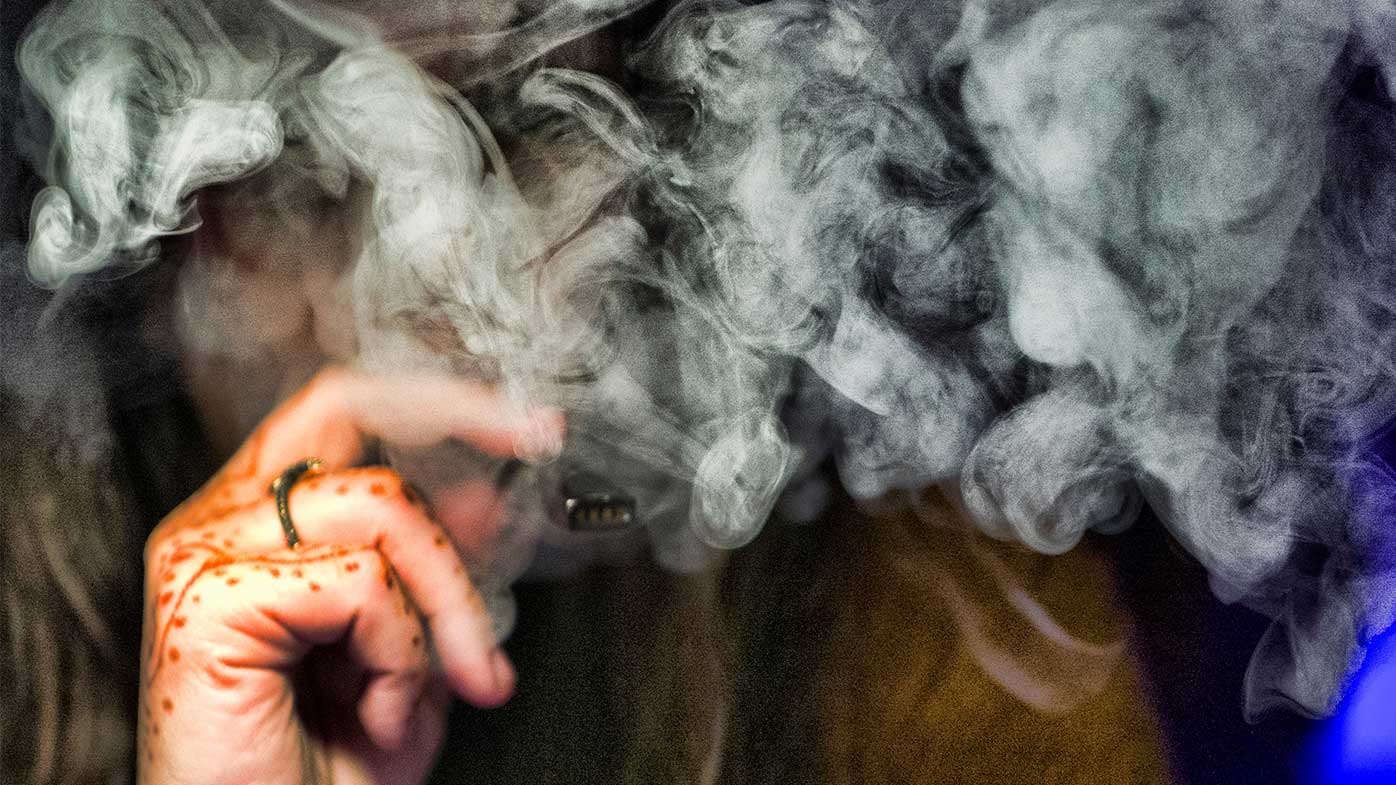 The short answer, experts say, is no.

Nicotine, in particular, is bad for you, and extremely addictive, and the federal health department says known cancer-causing agents formaldehyde, acetaldehyde and acrolein have been found in vapes.

Gartner tells 9news.com.au although fewer people may die from vaping than smoking over an extended period, she still expects deaths.

"It's clear from the evidence that these products do expose people to harmful constituents, but that the exposure is less than from smoking tobacco," she says.

"So you know, it's something where we have to keep in mind that we don't want people to think that smoked tobacco is the lesser of two evils. That's not the case.

"But that doesn't mean to say that nicotine vaping products are risk-free, or that we shouldn't be also controlling access to those products." What about the case for reducing regulation?

Some groups, such as the AACS, argue the strict regulations on vaping have helped drive users towards a black market that's completely unregulated and impossible to control.

Instead of cracking down further, they want nicotine-based vapes to be regulated in the same way as cigarettes, meaning they'd be available legally in every convenience store and service station.

AACS CEO Theo Foukarre freely admits such a move would benefit his members, which include thousands of stores, most of the big service stations, big suppliers such as Coca-Cola, Asahi and sandwich companies, and three tobacco companies.

But he also argues it would help the government better regulate supply, improve safety and collect taxes on sales that would otherwise go underground.

He said the prescription-only model for nicotine vapes was designed to protect kids but had done "the absolute opposite", instead creating "one of the biggest black markets the country's ever seen".

"We believe there were up to 90 million nicotine vapes being imported into Australia in the calendar year 2022. And they are all unregulated," he told 9news.com.au

"So our position is: the only way the government can address the black market is to starve it of its demand." 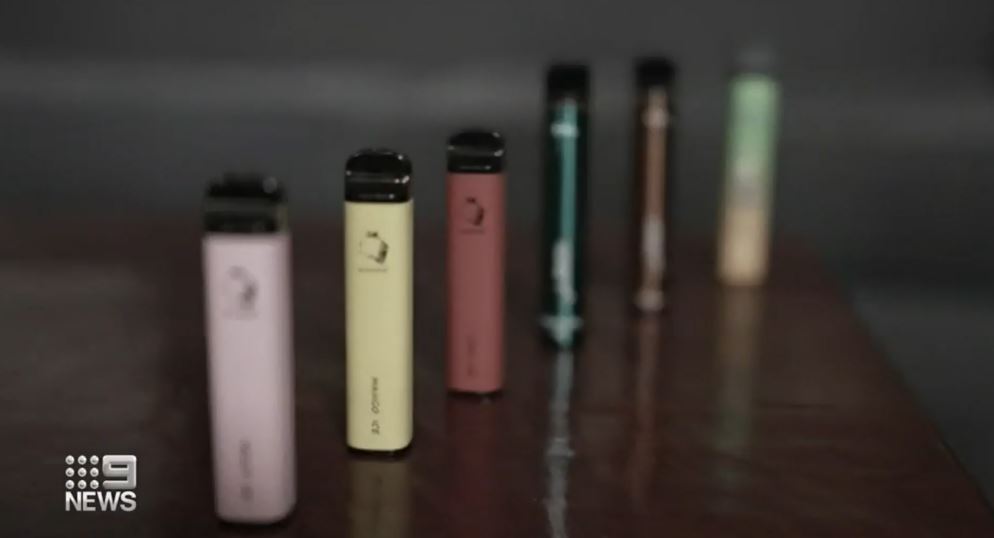 Why are the laws different from tobacco in the first place?

Gartner, the director of the National Health and Medical Research Council's Centre of Research Excellence on Achieving the Tobacco Endgame, says the reason for the vastly different laws is a carve-out in national poisons regulations that exempts nicotine in cigarettes from the normal poisons regulations.

That carve-out doesn't apply to vapes.

She wants more similar laws for the two categories but argues tobacco restrictions should be brought closer to nicotine vape regulations, rather than the other way around.

"We don't want to make the same mistakes with vaping that were made with tobacco, in terms of letting it become, you know, just this widespread consumer product that's allowed to be sold anywhere," she says.

Most of the big tobacco companies now make vapes, raising concerns about a repeat of the public health disinformation campaigns they used decades ago to cover up how deadly cigarettes are.

There is some evidence to show that it does but Gartner says the safest option is to stick with better-studied, proven methods.

The TGA highlights a few studies in its consultation paper released last year.

A recent Cochrane Review into dozens of studies on the subject found higher quit rates among people using nicotine vapes compared to other methods.

In simple terms, vaping was linked to about an extra four people per 100 quitting when compared to other nicotine replacement therapy techniques such as gum or patches.

And a University of Queensland study found nicotine vapers were about 40 per cent more likely to stay off the smokes than going cold turkey.

"(For) some smokers, using nicotine e-cigarettes may assist them to quit; however, more research is needed to confirm the harms and benefits of using them for this purpose," the study found.

"E-cigarettes are not proven safe and effective smoking cessation aids," she said.

"For some smokers, using nicotine e-cigarettes may assist them to quit smoking.

"However, more research is needed to confirm the harms and benefits of using them for this purpose."

Rebecca told she's 'too young' to have deadly cancer