Australian travellers eager to take to the skies are being urged not to arrive at airports early amid the prediction of July school holiday chaos.

Sydney Airport said yesterday 2.1 million passengers are forecast to pass through their terminals between June 27 and July 17.

This is significantly higher than the 1.8 million seen over the Easter holiday period of April 4 to April 24, which brought airports to a choking halt around the country.

The advice for passengers travelling domestically is to arrive two hours early and for international flights three hours early.

"It's great that passengers are arriving well ahead of their flights, but it's important to arrive as close as possible to the advised times, and not any earlier," Greg Hay, Sydney Airport General Manager of Operations said. Thursdays, Fridays and Mondays will be the peak days for passenger traffic on the school holidays, with Fridays in particular predicted to be heavy.

"Across any given day early-to-mid morning will be busy, with passenger numbers easing late morning and into the afternoon before peaking again in the evening," Hay said.

While Term 2 school holidays are more than a week away there were bustling scenes at Sydney Airport early this morning. 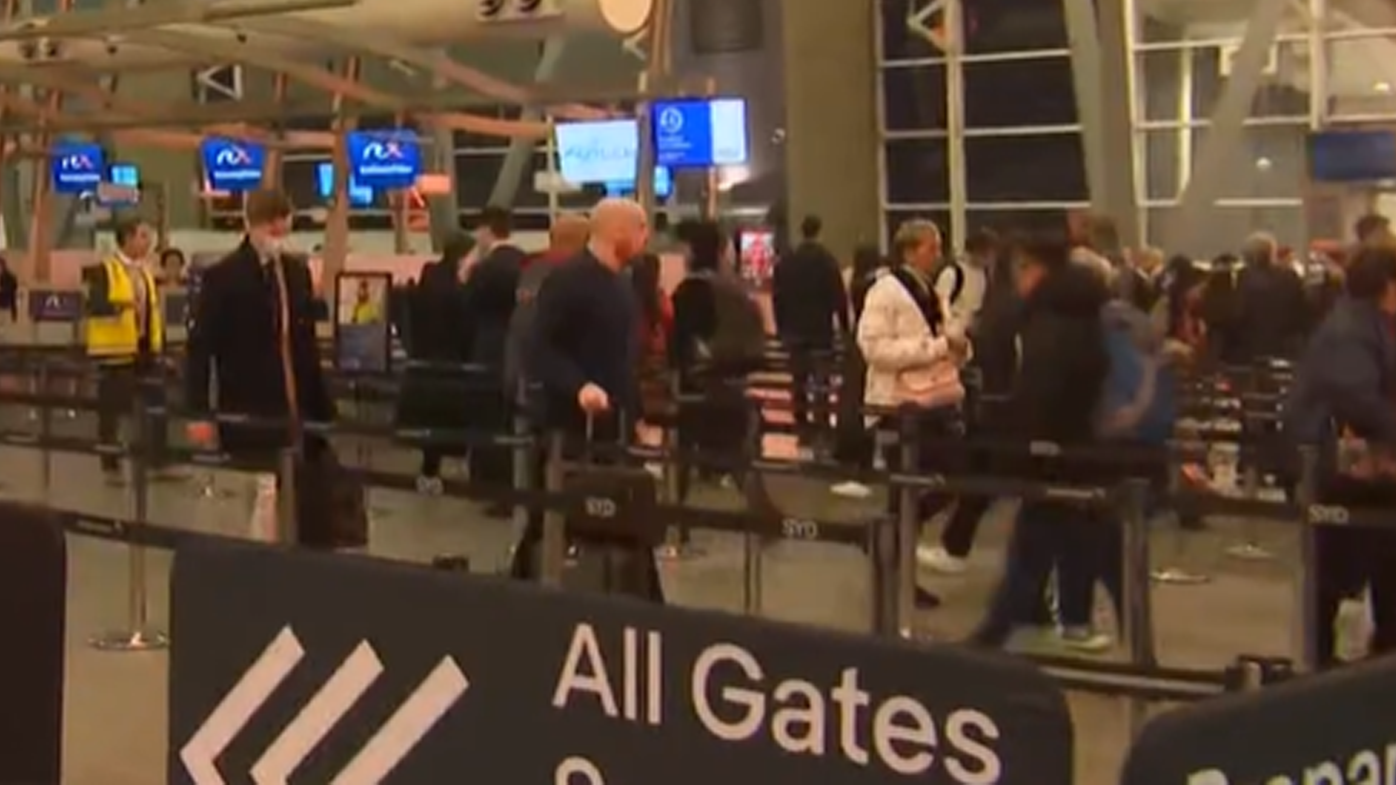 Australians have rushed to the skies after more than two years of pandemic travel restrictions.

Sydney Airport confirmed in May total passenger traffic had recovered to 69 per cent of pre-COVID levels.

To combat the surge in passengers in July the facility will deploy an additional 60 customer service staff every day during the peak.

Queuing systems will also be reconfigured across all terminals and a priority security screening lane will be introduced at T1 International to prioritise passengers with imminent departures and those in premium cabins.