Penny Wong started Thursday with some fish ball juk and noodles, not so different from her childhood in Malaysia's Sabah region.

The congee-like dish from the Foh Sang cafe she frequented with her father was just as good as she remembered, the best thing she ate on a two-day trip.

But the context of her homecoming — as a Malaysian-born Australian foreign minister trying to deepen the country's soft power in South-East Asia — was very different.

"I hope that my personal story can contribute to the relationship but, more importantly, what I want to emphasise is that it's not only my story," she told journalists in Kota Kinabalu on Thursday.

Wong said she hoped her story, which included life and schooling in Sabah until the age of eight, could help improve Australia's relationships in the area.

"You're seeing parts of my life here, but this story can be told by so many Australians," she said.

"The story of migration, the story of balik kampung (homecoming), the memories of where you came from and what that means about who you are.

READ MORE: The major changes coming into effect for super from July 1 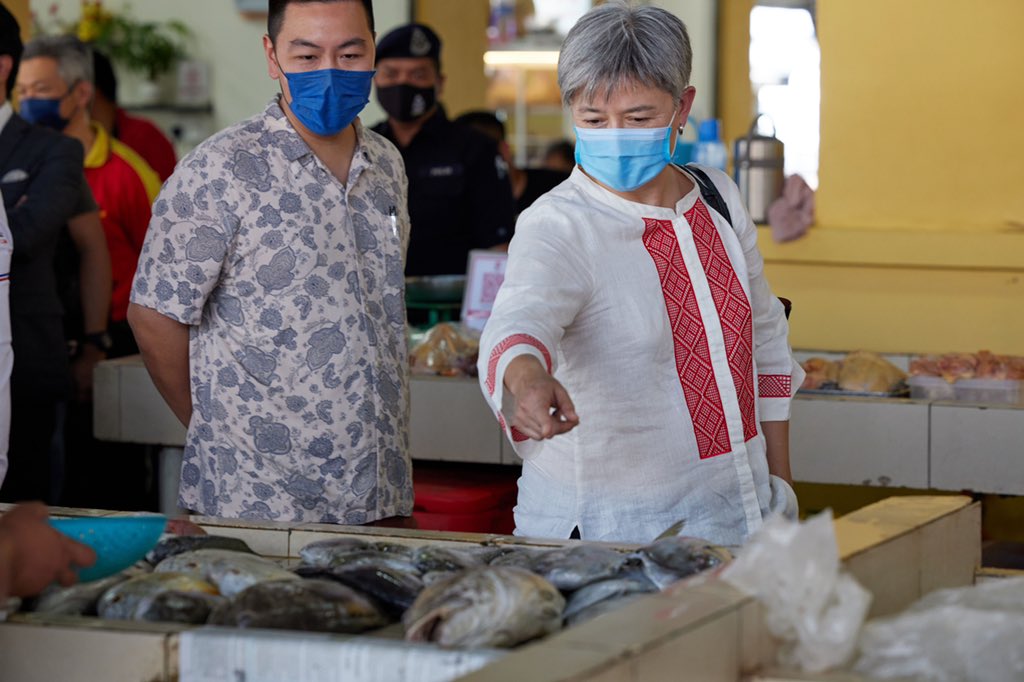 "And that's a really important part of the Australian story."

Wong's return to the region has been widely covered in the Malaysian press as the new foreign minister sets her sights on South-East Asia following a whirlwind diplomatic effort in the Pacific immediately after taking office.

"I think it matters that Australia speaks to South-East Asia in a way that recognises that we are part of this region and that our futures are shared," she said.

"And that collectivity comes from an understanding that our future prosperity and security is shared."

Wong's visits, to Fiji, the Solomon Islands, Samoa and Tonga, were in part influenced by China's forceful diplomatic push in the region.

Dealing with China, newly declared as a "security threat" by the European NATO military alliance for the first time ever, appears certain to be the key challenge for Wong in the role.

In the coastal city on the shore of the hotly contested South China Sea, Wong reinforced the importances of following international law for "all states in the region", when asked about Beijing's influence.

"A great deal of our trade transits the South China Sea," she said.

"There is a reason why it is important to have international law observed.