US and Western officials are urging Ukraine to shift its focus from the brutal, months-long fight in the eastern city of Bakhmut and prioritise instead a potential offensive in the south, using a different style of fighting that takes advantage of the billions of dollars in new military hardware recently committed by Western allies, US and Ukrainian officials tell CNN.

For nearly six months, Ukrainian forces have been going toe-to-toe with the Russians over roughly 36 miles of territory in Bakhmut, which lies between the separatist-held cities of Donetsk and Luhansk.

"It is a brutal and grinding fight," a senior Western intelligence official said last week, with each side exchanging anywhere from 100-400 meters of land per day and exchanging several thousands of artillery rounds almost daily.

"[Bakhmut] is less attractive militarily, in terms of any sort of infrastructure, than it might have been if it had not been this destroyed."

Now, ahead of what is widely expected to be a brutal spring of fighting, there is a tactical opening, US and Western officials say.

In recent weeks they have begun suggesting that Ukrainian forces cut their losses in Bakhmut, which they argue has little strategic significance for Ukraine, and focus instead on planning an offensive in the south.

That was part of a message delivered by three top Biden officials who traveled to Kyiv last week.

In a meeting with Ukrainian President Volodymyr Zelensky, deputy national security adviser Jon Finer, Deputy Secretary of State Wendy Sherman, and Undersecretary of Defense for Policy Colin Kahl, said the US wants to help Ukraine shift away from the sort of pitched battle of attrition playing out in Bakhmut and focus instead on a style of mechanised maneuver warfare that uses rapid, unanticipated movements against Russia, sources familiar with their discussion said.

The hundreds of armored vehicles the US and European countries have provided to Ukraine in recent weeks, including 14 British tanks, are meant to help Ukraine make that shift, officials said.

It is not clear, however, that Zelensky feels prepared to abandon Bakhmut.

People familiar with his thinking tell CNN that Zelensky does not believe that a Russian victory in Bakhmut is a fait accompli, and that he remains reluctant to give it up.

Holding Bakhmut would give Ukraine a better chance at taking back the entire Donbas region, Zelensky believes, and that if Russia wins, it will give them an opening to advance further to the strategically important eastern cities of Slovyansk and Kramatorsk.

Bakhmut is also an important symbol of Ukrainian resistance.

Zelensky visited Bakhmut just before traveling to Washington DC last December, where he told US lawmakers that "every inch of that land is soaked in blood, roaring guns sound every hour.

"The fight for Bakhmut will change the tragic story of our war for independence and of freedom." 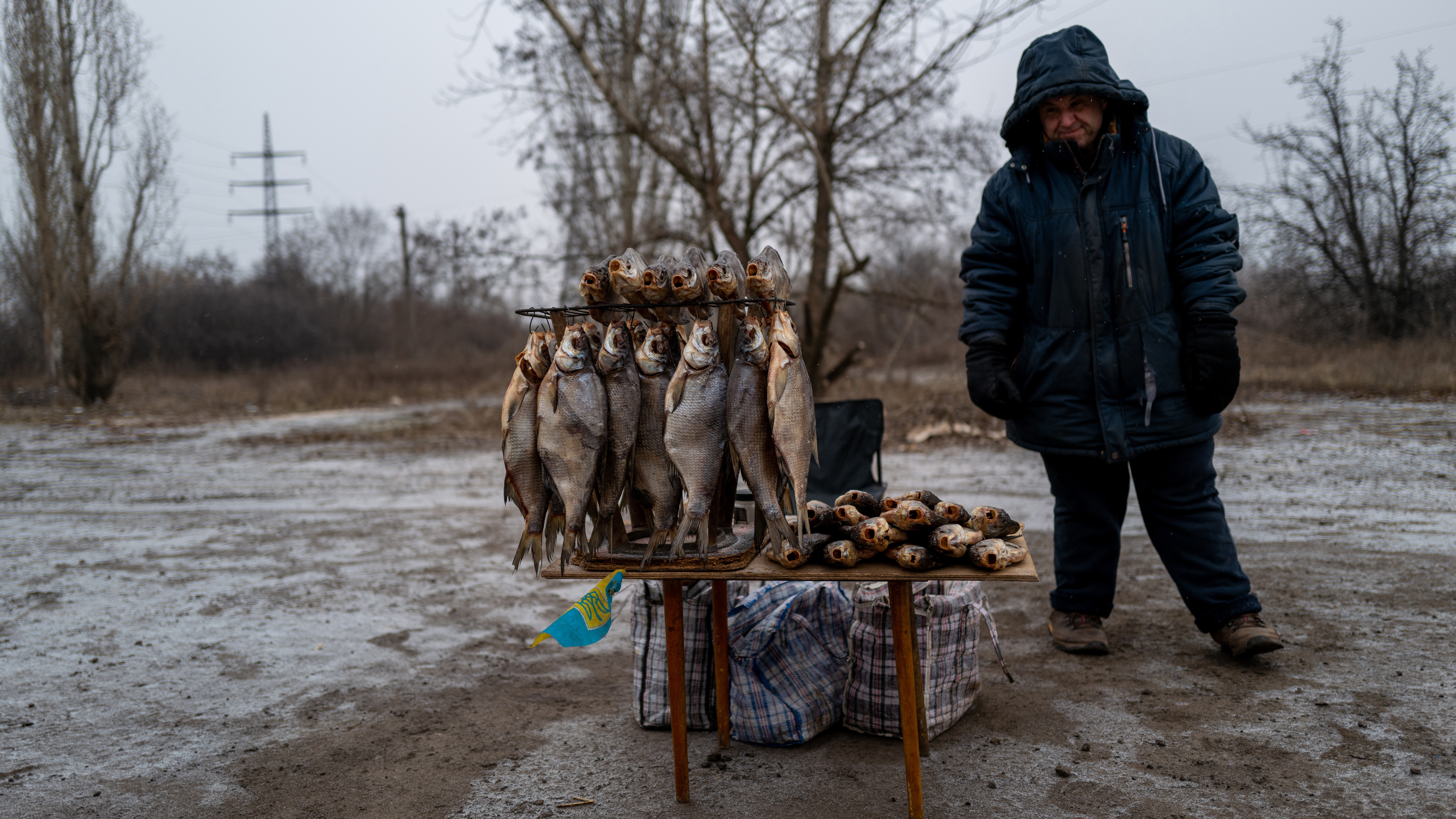 In short, the senior Western official said, Bakhmut "matters because the Russians have made it matter — probably more than the terrain does."

A US military official also expressed skepticism that Ukraine will abandon Bakhmut — not because of its battlefield value, but because its strategic messaging value is so important.

There are also some benefits to trying to exhaust the Russians in Bakhmut.

On Monday, a senior US military official told reporters that Russia has "rushed in" tens of thousands of "ill-equipped, ill-trained" replacement troops across the front line over the last several months, including to Bakhmut, amid the losses suffered.

Despite the large numbers, the new troops have not changed the dynamic of the fight, the official said.

But Ukraine is also suffering enormous casualties in the battle and expending tremendous amounts of artillery ammunition daily – a style of fighting that the US does not believe is sustainable.

In terms of sheer volume, Russia still has more artillery ammunition and manpower, with the paramilitary organisation Wagner Group using thousands of convicts to "throw bodies" at the battle, the Western intelligence official said.

US officials are hoping the latest delivery of armored equipment and the newly expanded training for Ukrainian forces in Germany will encourage Ukraine to shift its tactics.

"Depending on the delivery and training of all of this equipment, I do think it's very, very possible for the Ukrainians to run a significant tactical or even operational level, offensive operation to liberate as much Ukrainian territory as possible," Chairman of the Joint Chiefs of Staff Mark Milley told reporters on Friday.

The push for Ukraine to shift its battlefield tactics comes amid signs that Russian President Vladimir Putin is weighing making a big move in the next several weeks to regain the initiative in the war, officials familiar with the intelligence told CNN.

CIA Director Bill Burns traveled to Kyiv earlier this month to brief Zelensky on the US assessment of Putin's plans, sources familiar with their conversation told CNN.

There are also indications that Putin is considering another troop mobilisation of as many as 200,000 men, US and Western officials familiar with the intelligence told CNN. 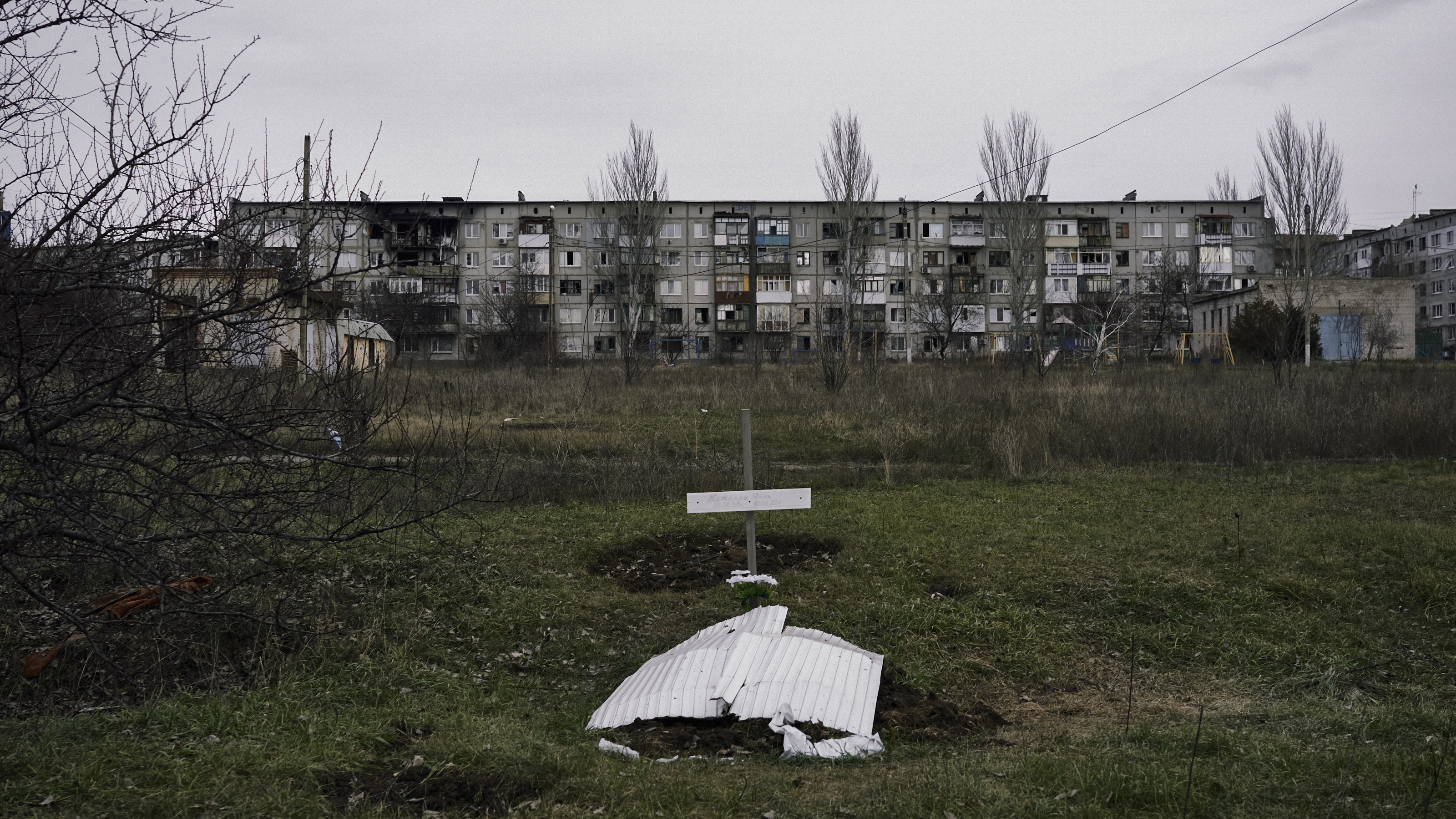 The Kremlin has begun to conduct polling domestically to gauge the popularity of another mobilisation, two officials said.

The next mobilisation, some believe, would be quieter compared to the first one, when Putin himself made a televised announcement, calling it a "partial mobilisation."

Putin is aware of how unpopular the first mobilization was late last year, when protests erupted and hundreds of thousands of Russian fighting age men fled the country to escape conscription, the officials said, and he has yet to make a decision on another mobilisation effort.

But Russia continues to need bodies to throw at the fight.

The first mobilisation nearly doubled Russia's troop presence in Ukraine – even if it produced fighters that were untrained and undisciplined – and overall, sources familiar with US and Western intelligence said, Putin's grip on power remains secure.

"We don't think Putin has yet made up his mind, particularly with regard to when to do it," the senior Western intelligence official said, "because he almost certainly is concerned about societal blowback and negative economic repercussions."

'Nothing but a meat grinder'

Putin's intentions for a new offensive became clearer to Western officials earlier this month when he elevated General Valery Gerasimov, chief of the Russian General Staff, to become the overall commander of the war, the officials said.

Gerasimov, who symbolizes Russia's early failures in the war, is eager to prove that he can turn the tide of the conflict, and is pushing for a fresh offensive to retake territory in the east and south.

"I have no doubt that Gerasimov feels to the very fiber of his being that he had better launch an offensive in the spring – so one will come," the Western intelligence official said.

Some senior Russian military officials have even been overheard in recent weeks discussing the possibility of trying to recapture the northeastern city of Kharkiv, according to people familiar with the conversations intercepted by Western and Ukrainian intelligence.

But US and Western officials and military analysts told CNN that Kharkiv – a major city that was recaptured by the Ukrainians last fall in a surprise counteroffensive – does not appear to be a remotely achievable target for the Russian military.

As much as Putin would like to try to target Kyiv again, officials say, that too is currently out of his forces' reach.

As CNN has reported, Russia's artillery fire has declined dramatically from its wartime high, in some places by as much as 75 per cent, in a likely sign that the Russians has been forced to ration ammunition.

That could be a huge problem for Russia if it wants to launch a big new offensive against major cities, noted one military expert. It is more likely, officials said, that Russia will continue to focus most of its attention on taking more territory in the Donbas region — with Bakhmut as a potential springboard — and in the Zaporizhzhia region, where the Ukrainian military reported on Saturday that Russian forces were already beginning to step up hostilities.

Russia is intent upon keeping its "land bridge" from its Rostov region to Crimea, officials said, and needs to maintain its southern Ukrainian holdings to do so.

"A major Ukrainian breakthrough in Zaporizhzhia would seriously challenge the viability of Russia's 'land-bridge' linking Russia's Rostov region and Crimea," the UK Ministry of Defense reported in its regular intelligence update earlier this month.

Broadly, though, the US and its allies are skeptical of Russia's ability to mount a serious offensive.

"[I] doubt very much, given what we've seen of the Russian ability to mobilise, man, train and equip effectively, that it is going to be anything different than what we've already seen," said the Western intelligence official.

"And what we've already seen is nothing but a meat grinder."