A﻿ustralia's eastern states are reeling from weather whiplash as Queensland rain records tumble while Sydney cracks a heat high not seen in nearly a year.

The New South Wales capital is set to top 30 degrees for the first time in almost 340 days today, breaking a 140-year-old record.

It will be hotter in the western suburbs, with 37 degrees forecast for Penrith and 33 degrees for Parramatta.

READ MORE: Greta Thunberg detained by police in Germany at coal mine protest﻿

A cool change will sweep through later in the day, with rain forecast for southern NSW.﻿

It follows a heat high in Melbourne yesterday which saw Australian Open play suspended when temperatures reached 37 degrees on court.

Sudden squalls of rain further hampered play, leaving organisers with a backlog of matches to get through – but more showers are forecast for today.﻿ 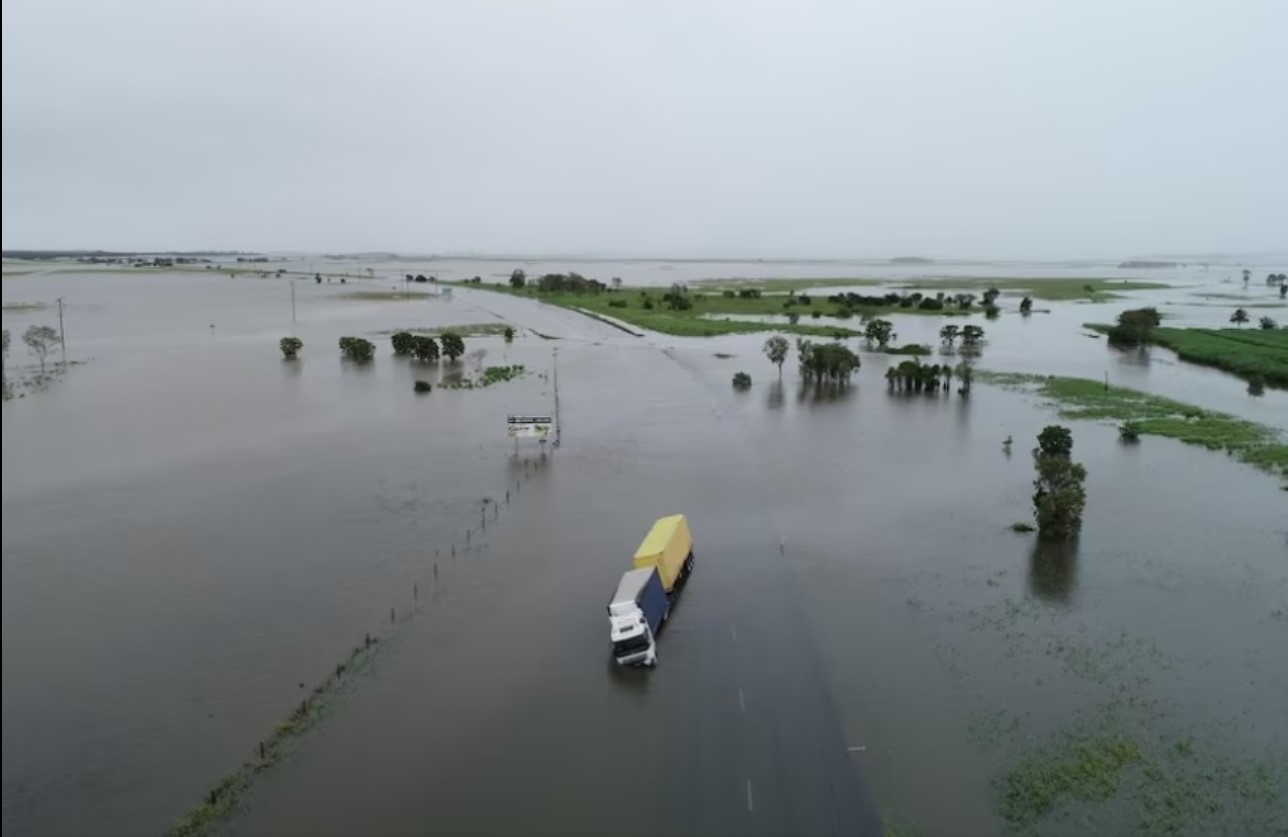 Meanwhile parts of Queensland remain underwater with up to a metre of rain falling in a matter of days.

Conditions eased in the state's north and central regions overnight, but 13 flood warnings remain in place.

Roads have been cut and bridges flooded during the past week's weather event, with some people facing days of being cut off from the country.

Finch Hatton, in the Mackay region, recorded a metre of rain in just five days, while Proserpine had 800mm in a week.

Hamilton Island has recorded 113mm of rain since 9am yesterday.﻿

Greta Thunberg detained by police in Germany at coal mine protest