Weather extremes as one state faces floods and another burns Two extremes will play out across opposite ends of Australia over the coming days as Queensland grapples with life-threatening flash flooding, and a fast-moving bushfire threatens parts of Western Australia.

Intense rainfall from a monsoon trough is expected the lash the Sunshine State, including south-eastern parts of Herbert and Lower Burdekin before extending over the Central Coast and Whitsundays later today.

Meanwhile people in south-west WA are right now under serious threat from a bushfire which is moving quickly towards homes in Donnybrook-Balingup.

Parts of Queensland could see its heaviest rain in years.

"This trough may bring about widespread rainfall totals of ~150-300mm along the coast and adjacent inland areas between Tully and Rockhampton, with isolated totals potentially reaching ~500-600mm during this period," Weatherzone warns.

In the last three days Mackay Airport and Mackay station have recorded 292.4mm and 284mm, the highest three-day rainfall in 5.8 years for both locations.

The downpours have caused chaos for emergency services, closing main roads as well as the Bruce, Gregory and Capricorn Highways.

In the last 24 hours, at least two people have required rescuing.

READ MORE: ﻿A luxury cruise took passengers somewhere they never expected to be 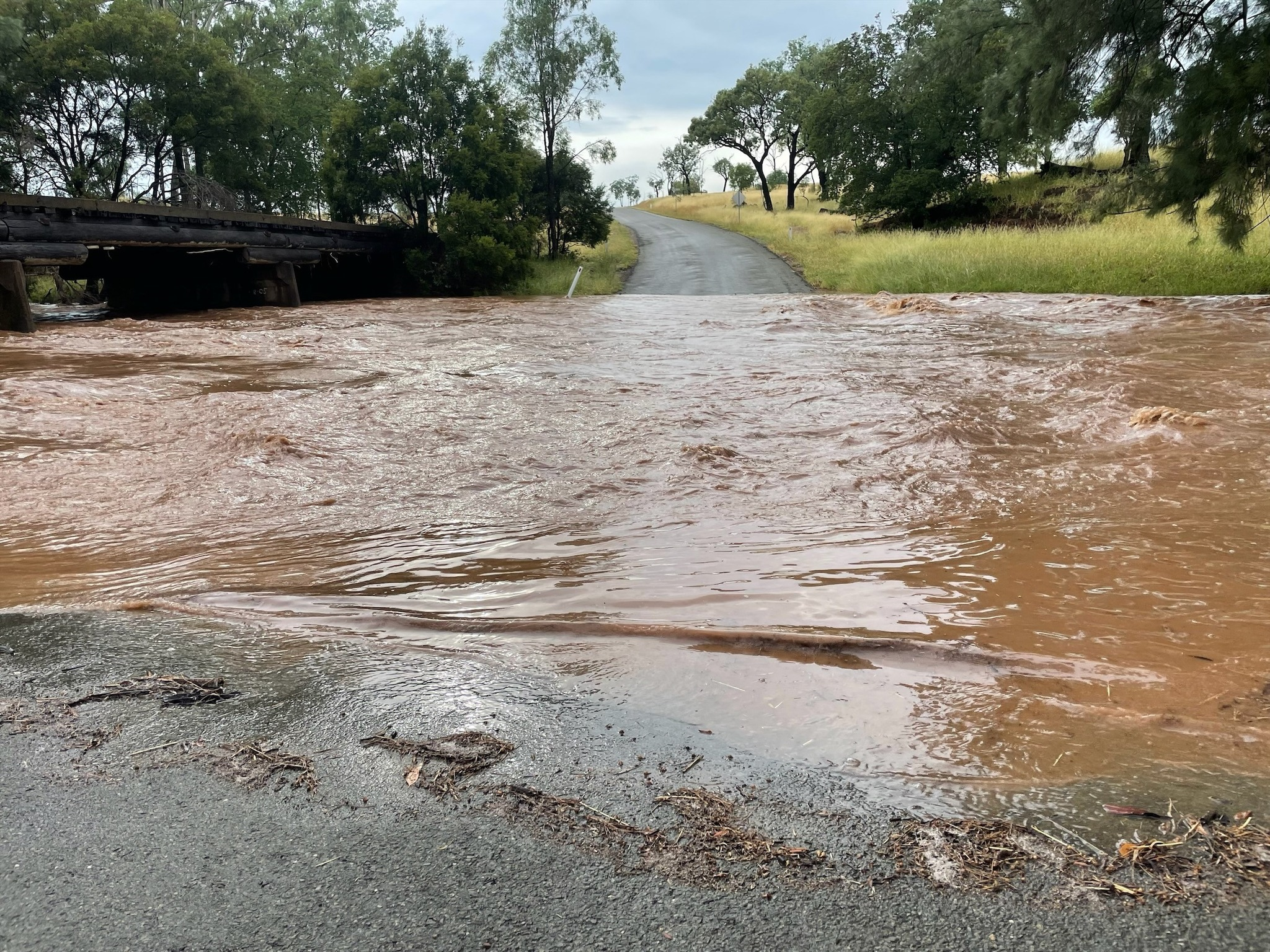 The warnings come as the south-east ﻿grappled with a heatwave that's fuelled fierce fires.

WA's Department of Fires and Emergency Services has issued a bushfire emergency alert around Donnybrook-Boyup Brook Road, warning some residents it's too late to leave and to shelter in place.

Residents can stay across updates here. ﻿ The fire has already burned more than 5,000 hectares of land.

Meanwhile, Victoria experienced one of its hottest days of the years yesterday, with the mercury reaching over 35C.

A fast moving grass fire has destroyed several caravans and at least two homes near Mildura in Victoria.

Melbourne will get a short reprieve from the heat today, with a 21C expected, before it heats up again on Wednesday.

Sydney and Brisbane can expect the heat to climb to 29C today, as Adelaide reaches 27C.