Juliette Jones was pumped about going on family holiday in a caravan she'd put a deposit on.

However, within minutes of paying, the seller disappeared from Facebook Marketplace leaving her without a caravan and minus A$548.

Jones says she feels stupid now for trusting the seller, but has since found many victims of the scam who paid much more than what she did.

A 4 Berth Lunar caravan for $4207 was making rounds on Facebook Marketplace between December 22 and 23 – however it turned to be a scam.

Jones was one of the people who put a deposit on the scam and said the seller was "incredibly communicative and responsive".

"We decided to message the seller to see if it was available. He got back straight away and said it's available and viewing's tomorrow at 11am.

"He was incredibly communicative and send me about 15 photos of this caravan, which I checked up on CARJAM.

The registration and warrant matched a real caravan, but Jones had no way of knowing it wasn't the sellers.

"We did this even though the price was cheap, we validated as much as we could.

"We asked him whether we could view it and he replied saying it's sold and the pickup's pending. I thought that was quick and asked him to let me know if that falls through."

"Then there were this backwards and forwards of him saying it's pending and I said we were happy to pay a small deposit to book it, and we can pick it up in the morning." 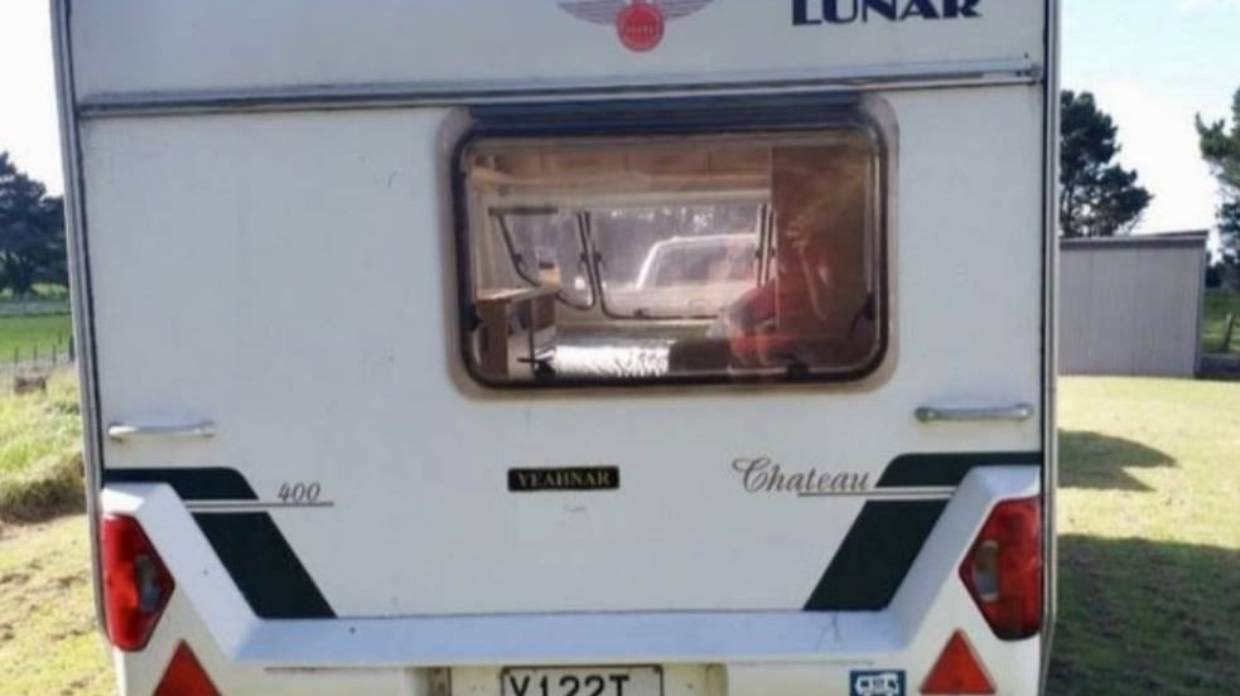 Jones said the seller's profile seemed genuine – three kids in the cover picture, a picture of a boat and a Facebook member since 2005.

So they made the deposit – within minutes, the profiles went down, and he was gone.

After the incident, Jones got in touch with another person on Facebook who had been in contact with four or five other people who had fallen for the same scam.

"We were fortunate how much we paid compared to what some others did.

"We got so excited, and whilst we were trying to check him out, he texted and said "oh look, I have got five other people waiting, I'll give you five minutes and tell them it's pending".

"He hurried us, and we were getting swept up with the excitement of going on our trip in the caravan."

A single mother from Hawkes Bay told Stuff she lost $2286 deposit on the same caravan.

READ MORE: The French chateau that costs the same as Sydney unit﻿ 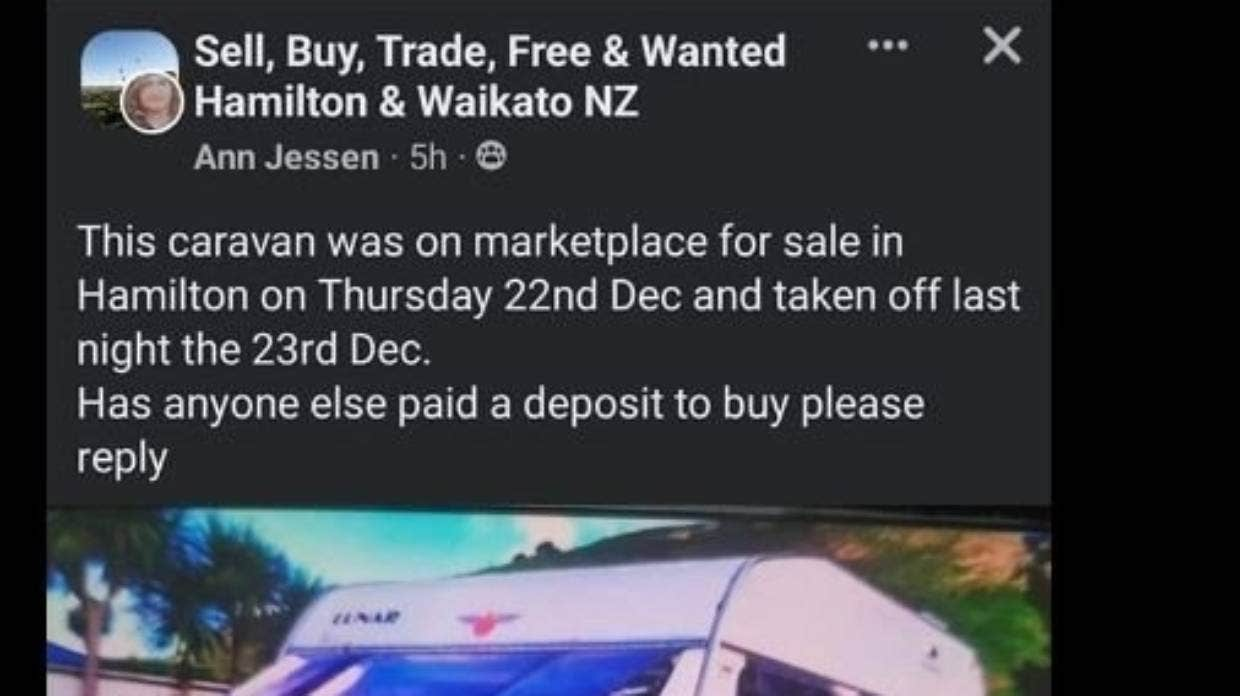 Jordan Heersping, CERT NZ manager of threat and incident response, says Facebook marketplace is a tricky place because it is not well regulated outside the Facebook environment.

"One of the primary things people can look out for are deals that look too good to be true – if you see something that is usually $1000 and is put up for $150, then probably not something that is actually legitimate sale."

Heersping said while depending on the reporting, scammers might get their profiles deactivated, but it was not difficult for someone actively malicious to create a new profile and do the same thing under a different name.

"It is really tricky with names and faces online. It is almost impossible to tell how genuine someone is.

"It is possible the genuine profile from 15-20 years ago was compromised by a person who is doing the scamming, so they manage to get a legitimate person's username and password and use their name and face to carry out the scam."

The difference between legitimate sales and scams were minimal and sometimes don't eventuate till afterwards, Heersping said.

"We get quite a few reports of scams and also reports of facebook profiles being compromised. There's a lot of activity on social media and all over the internet, but these affect day-to-day people."

A Consumer Protection spokesperson said the Consumer Guarantees Act did not apply to private sales like private sale online and garage sales.

"However, private buyers who have a grievance about their purchase can make a claim in the Disputes Tribunal."

1. Stop all contact with the scammer – Once you realise you are being scammed, do not continue the communication and block the scammer from contacting you.

2. Do not make any more payments – Some scammers target people caught in recent scams, e.g, by pretending to be an enforcement agency that can return all your money for a fee. Do not give money to anyone promising they will get your lost money back.

3. Contact the bank or service you sent money through – If you are the victim of a financial scam, credit card scam or identity theft, contact your bank immediately. The sooner your bank knows about it the greater the likelihood of getting the money back.

4. Report the Scam – If you have lost money, you should report the scam to the police and complete the instructions on Facebook so that others do not fall victim to the same scam. You can report scams on Facebook Marketplace.