They were once the most feared sight on a battlefield.

The massive beasts, often measuring three metres tall and weighing up to four tonnes, were a devastating physical weapon, capable of goring and crushing enemy fighters.

But the elephants were also a tremendous psychological weapon.

Soldiers encountering war elephants for the first time were known to turn and flee in the face of such formidable, destructive power.

First recorded by historians in 330 BC, at the battle of Gaugamela between the armies of Alexander the Great and King Darius III of the Achaemenid dynasty of Persia, war elephants fast became a revolutionary tool of war.

A kind of organic tank, with thick skin difficult to penetrate, war elephants were very different to cavalry horses and animals used to hump army supplies over vast distances.

"They will attempt to crush things, they will try to batter people with their trunks, they have their tasks which they will use as weapons."

Some historical accounts, Professor Devereaux said, even detailed armies using potions to try and whip male elephants into an hormonal state of musth, when the animals become particularly aggressive.

"It's not clear how how realistic these reports are," he said, but the belief was that inducing this aroused state before battle would make them even more ferocious fighters. 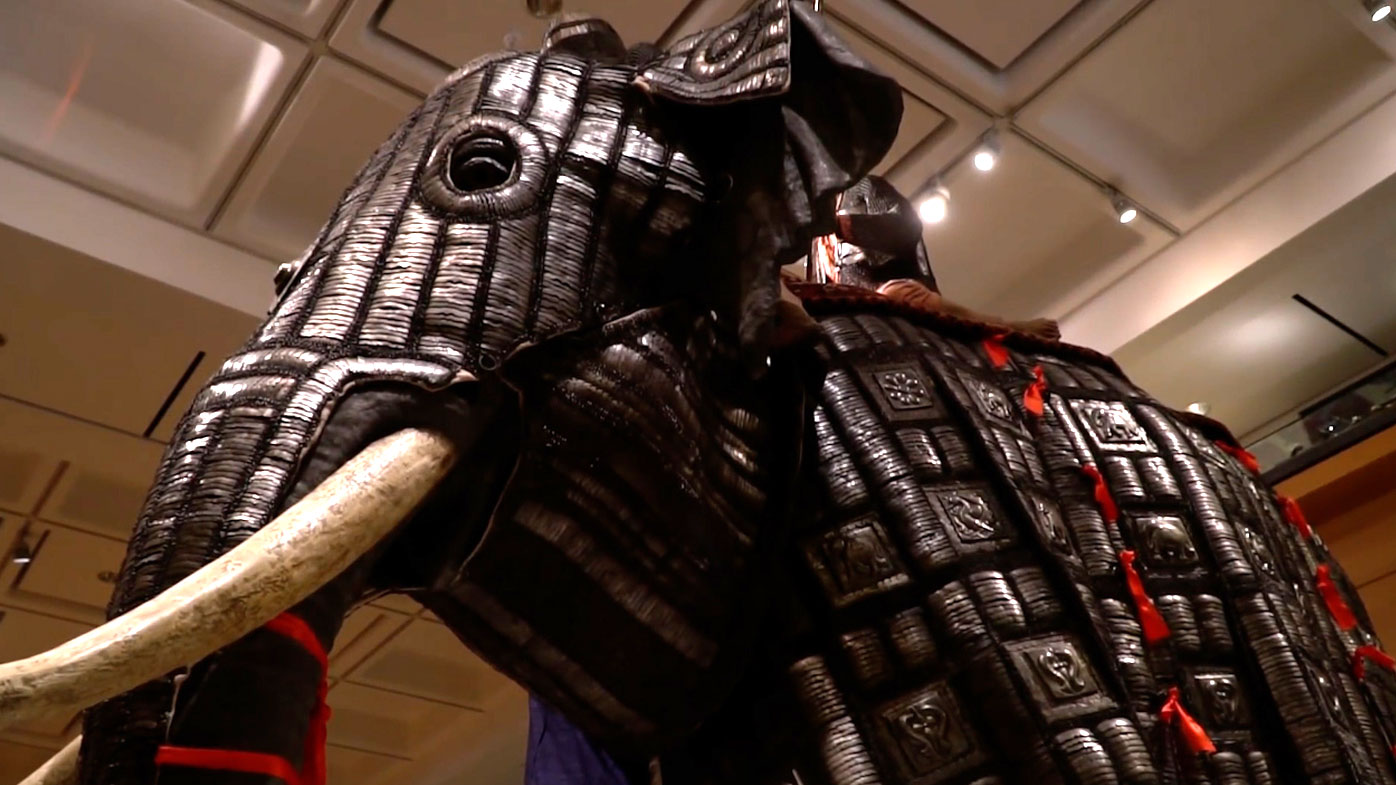 War elephants were "extremely effective" when they were unexpected or deployed against armies who had none of their own.

It was the Roman army, Professor Devereaux said, who worked out a simple strategy to defeat the elephants, and turn the marauding beasts into a "liability".

At first the Romans were at a loss over what to do about the elephants.

But early disasters against the war elephants of Pyrrhus of Epirus, a military adventurer, taught the Romans harsh lessons, which they learned quickly from.

The key tactic devised by the Romans was to switch from a mass of soldiers to a screen of light infantry, who were best armed with javelins.

"They can either use those weapons to kill the mahout, the driver of the elephant, or to panic the elephant and get it moving in the other direction," Professor Devereaux said, "to get it turned around and panicked." 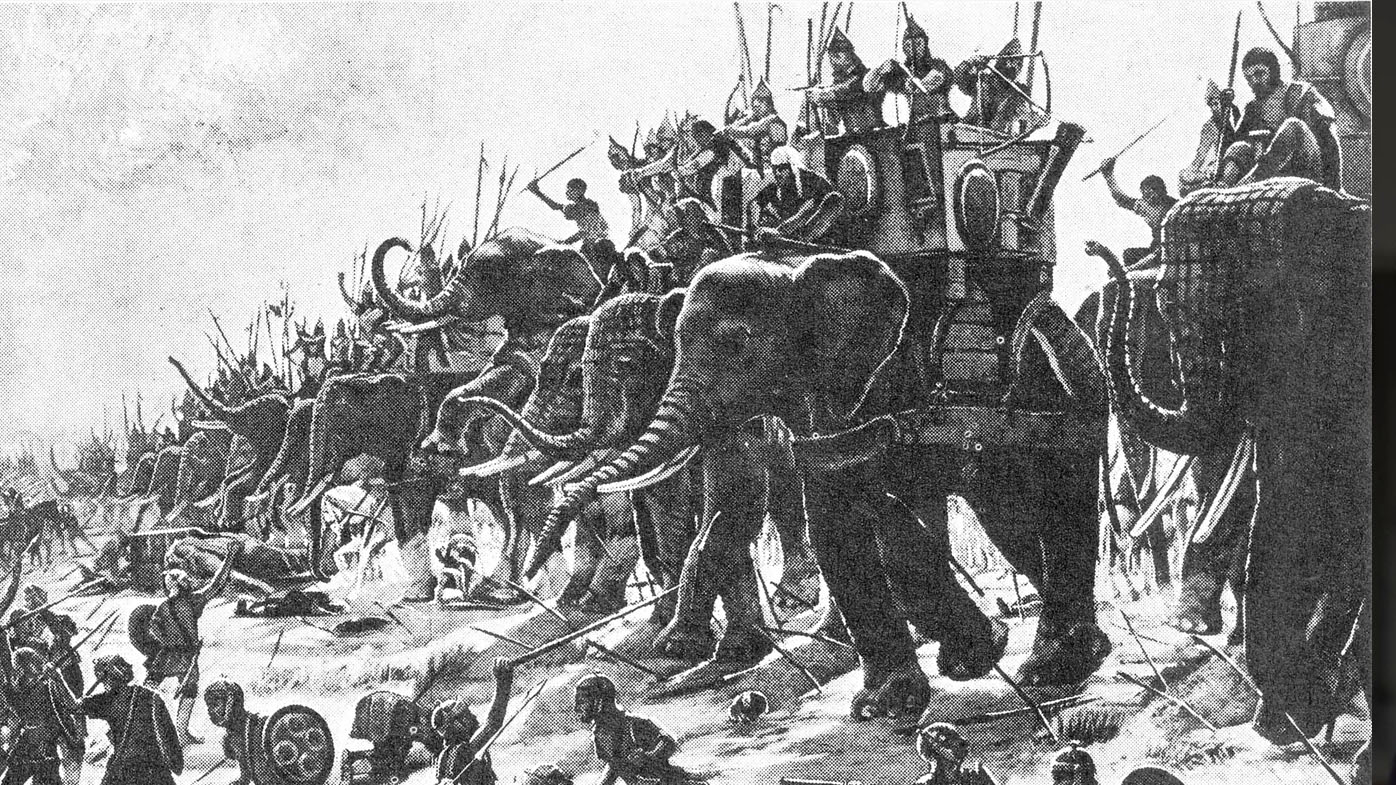 Fleet-footed soldiers attacking the elephant's legs and knees with axes was another successful Roman tactic.

"Again, you're not necessarily aiming to kill the elephant, you're aiming to cause it enough pain and distress that it runs amok and runs away from you."

Unconfirmed accounts also detailed how Romans would douse pigs in oil, set the hogs alight and run them towards advancing elephants, hoping to trigger a reverse stampede, Professor Devereaux said.

The other big issue with war elephants was how expensive they were to maintain.

Once a soft underbelly had been exposed by the Romans, the cons began to outweigh the pros.

"If you're going to bring more elephants to battlefields, they've got to be doing something for you, you're not going to bring them on a whim because they literally eat a ton," Professor Devereaux said.

"The further away you are from India, the more expensive and difficult they become," Professor Devereaux said.

While the Romans occasionally used war elephants against tribal people in Gaul (France) and Spain, who had never encountered them, it was India's maharajahs who assembled the largest contingents of war elephants. 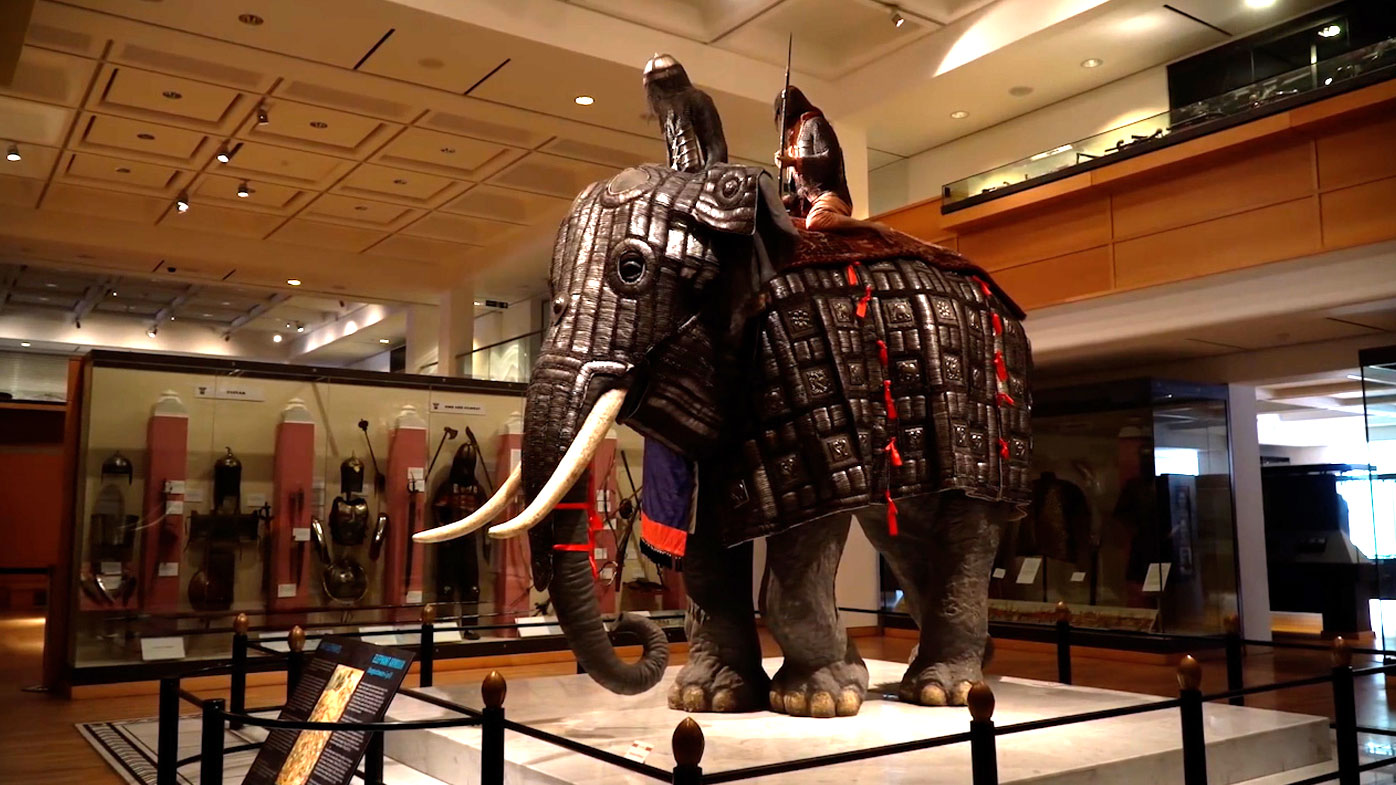 This was partly because of geography and handy access to a "local supply" of elephants, Professor Devereaux said.

But is was also because war elephants projected royal power in Indian culture.

"War elephants had a battlefield utility but also a symbolic utility," he said.

"If you're a king, when you go to fight your entire position as king is predicated on your military skill.

"So you don't just need to win, you need everyone to see you winning, you need to be seen as very impressive.

"And, on that front, elephants are perfect."

Though they had obvious limitations, elephants were still be used by armies as late as World War II, lugging cannons and supplies over difficult terrain.