Wall Street tumbled into what's called a bear market Monday after fears about a fragile economy and rising interest rates sent the S&P 500 more than 20 per cent below its record set early this year.

The index sank 3.9 per cent in the first chance for investors to trade after getting the weekend to reflect on the stunning news that inflation is getting worse, not better. The Dow Jones Industrial Average was briefly down more than 1000 points before finishing with a loss of 876.

At the centre of the sell-off again was the Federal Reserve, which is scrambling to get inflation under control. Its main method to do that is to raise interest rates in order to slow the economy, a blunt tool that risks a recession if used too aggressively.

With the Fed seemingly pinned into having to get more aggressive, prices fell in a worldwide rout for everything from bonds to Bitcoin, from New York to New Zealand. Some of the sharpest drops hit what had been big winners of the easier low-rate era, such as high-growth technology stocks and other former darlings of investors. Tesla slumped 7.1 per cent, and Amazon dropped 5.5 per cent. GameStop tumbled 8.4 per cent.

"The best thing people can do is to not panic and don't sell at the bottom," said Randy Frederick, managing director of trading and derivatives at the Schwab Center for Financial Research, "and we're probably not at the bottom."

Some economists are speculating the Fed on Wednesday may raise its key rate by three-quarters of a percentage point. That's triple the usual amount and something the Fed hasn't done since 1994. Traders now see a 28 per cent probability of such a mega-hike, up from just three per cent a week ago, according to CME Group.

No one thinks the Fed will stop there, with markets bracing for a continued series of bigger-than-usual hikes. Those would come on top of some discouraging signals about the economy and corporate profits, including a record-low preliminary reading on consumer sentiment soured by high fuel prices. 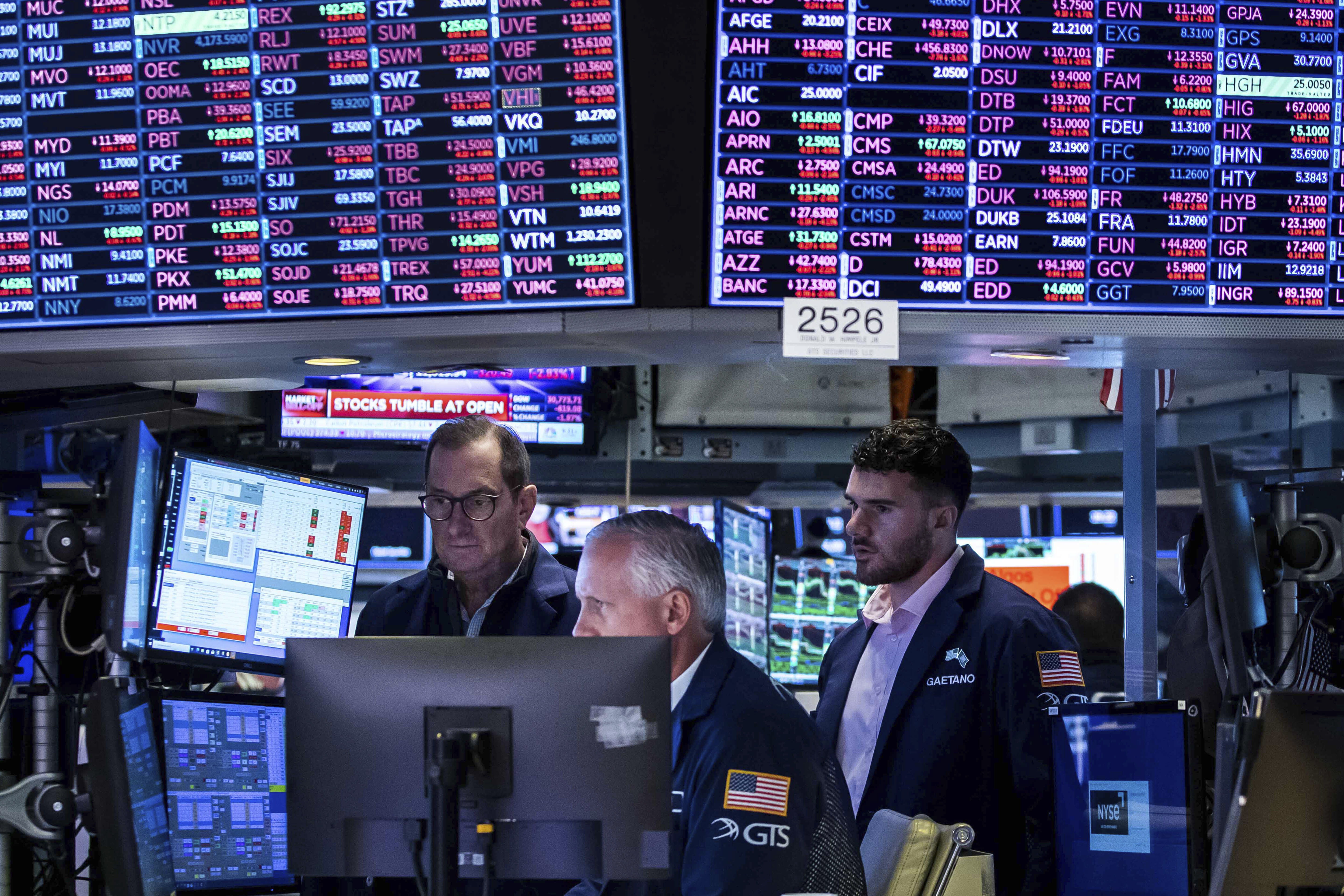 The economy is still holding up overall, but the danger is that the job market and other factors are so hot that they will feed into higher inflation. That's why the Fed is in the midst of a whiplash pivot away from the record-low interest rates it engineered earlier in the pandemic, which propped up stocks and other investments amid hopes of juicing the economy.

Wall Street's sobering realisation that inflation is accelerating, not peaking, is also sending US bond yields to their highest levels in more than a decade. The two-year Treasury yield shot to 3.36 per cent from 3.06 per cent late Friday in its second straight major move. It earlier touched its highest level since 2007, according to Tradeweb.

The 10-year yield jumped to 3.37 per cent from 3.15 per cent, and the higher level will make mortgages and many other kinds of loans more expensive. It touched its highest level since 2011.

The higher yields mean prices are tumbling for bonds, a relatively rare occurrence for them in recent decades. They're also a particularly painful hit for older and more conservative investors who depend on them as the safer parts of their nest eggs.

The gap between the two-year and 10-year yields has also narrowed sharply, a signal of weakening optimism about the economy. When the two-year yield tops the 10-year, an unusual occurrence, some investors see it as a sign of a looming recession.

Some of the biggest hits came for cryptocurrencies, which soared early in the pandemic as ultralow rates encouraged some investors to pile into the riskiest investments. Bitcoin tumbled more than 14 per cent from a day earlier and dropped below US$23,400 ($33,775.49), according to Coindesk. It's back to where it was in late 2020 and down from a peak of US$68,990 ($99,579.96) late last year. 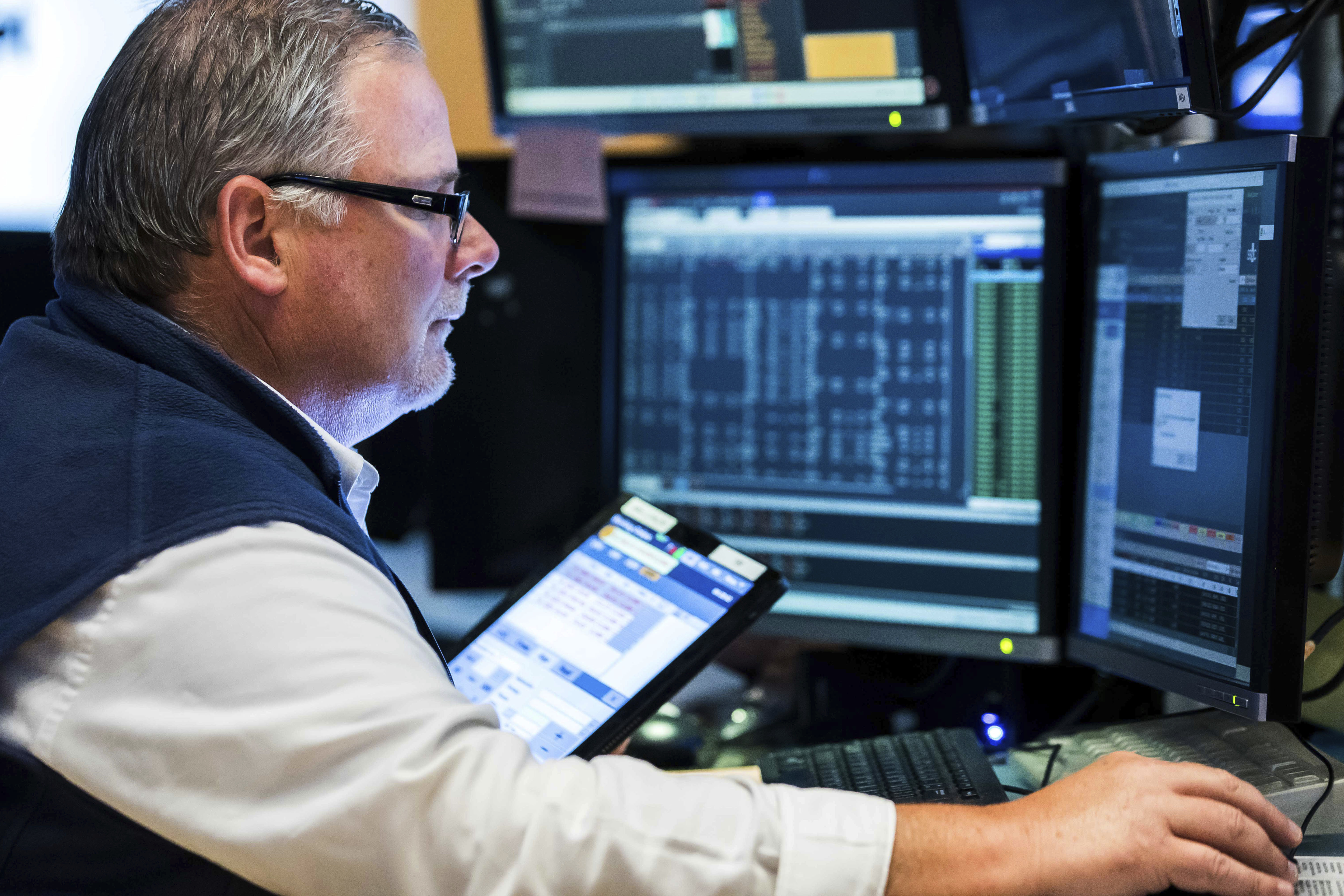 The coronavirus crash in early 2020 was Wall Street's last bear market, and it was an unusually short one that lasted only about a month. The S&P 500 got close to a bear market last month, but it didn't finish a day below the 20 per cent threshold.

Michael Wilson, a strategist at Morgan Stanley who's been among Wall Street's more pessimistic voices, is sticking with his view that the S&P 500 could fall further to 3400 even if the US economy avoids a recession over the next year.

That would mark another roughly nine per cent drop from the current level, and Wilson said it reflects his view that Wall Street's earnings forecasts are still too optimistic, among other things.

With soaring price tags souring sentiment for shoppers, even higher-income ones, Wilson said in a report that "the next shoe to drop is a discounting cycle" as companies try to clear out built-up inventories.

Such moves would cut into their profitability, and a stock's price moves up and down largely on two things: how much cash a company generates and how much an investor will pay for it.