A pair of walkers are lucky to be alive after being rescued in blizzards from a mountain in Tasmania, police say.

Eight people in total had to be rescued from Mt Wellington in Hobart yesterday, in two separate incidents.

In the most serious, two walkers got lost at 7.30pm and were taken to hospital with hypothermia when they were finally rescued three hours later.

They became disorientated in heavy snow and blizzards on the Zig Zag track, 400m from the summit of the mountain, which overlooks Hobart.

They phoned for help and emergency crews used mobile phone technology to find them where they were sheltering behind rocks near the snow-covered track.

They were treated for exposure and taken to hospital with hypothermia.

The overnight temperature was -5C, only rising to -3C in the daytime.

Snr Const Callum Herbert from Tasmania Police Search and Rescue said they were lucky to have survived. 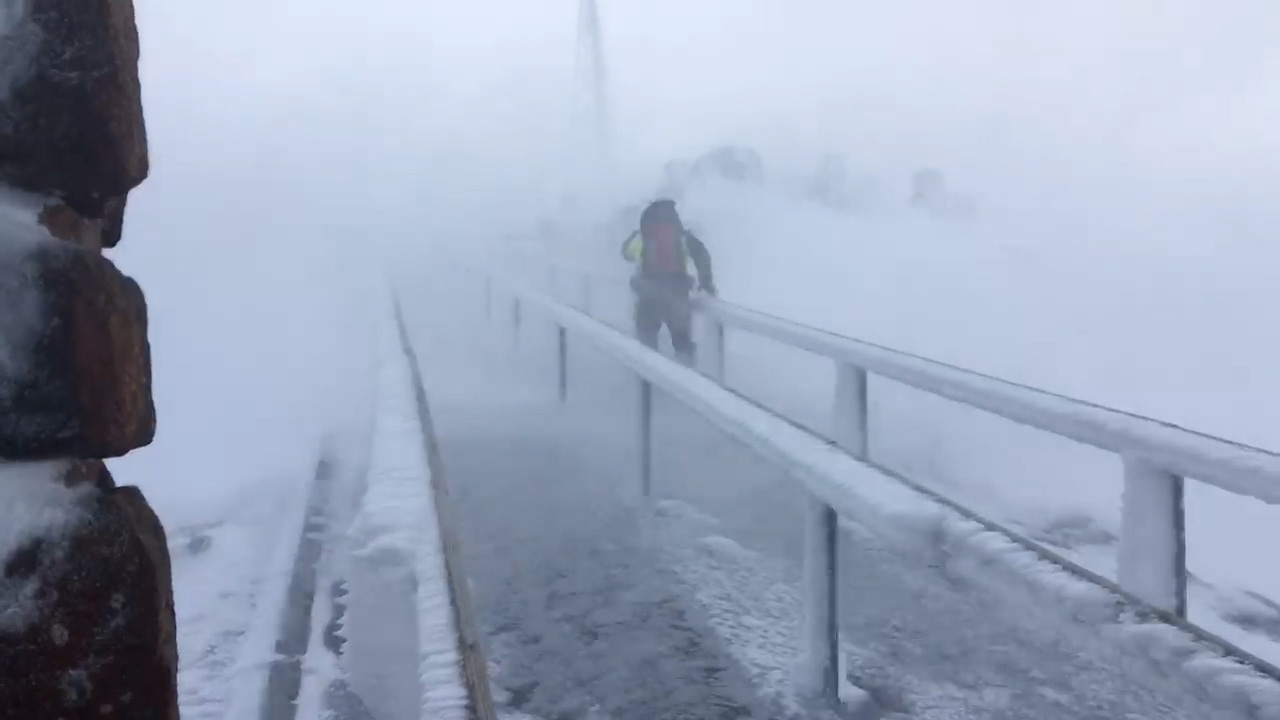 "The pair lost at night on the mountain, did not find shelter and would almost certainly have perished if it wasn't for the tenacity of the rescuers, they were very lucky," he said.

Earlier, at 12.30pm yesterday, a group of four people called for help from a toilet block after facing winds and heavy snow at the area known as the Pinnacle, at the mountain's summit, 1270m up.

They were treated by crews from Ambulance Tasmania.

Much of Australia's east coast is suffering cold temperatures and strong winds, with bumper snow falls on ski fields.