Dingoes might seem cuter than your average apex predator – but they do pose a danger to humans.

What seems like curious or playful behaviour from them can actually be a serious form of "dominance testing" that can lead to attacks or aggression if not defused.

The Queensland Department of Environment and Science has now published two videos showing a candid dingo encounter on K'gari (Fraser Island), which shows the best way to face down a dingo.

The video shows a dingo trotting up to a person – who is filming from their phone – on a beach.

The person stands still until the dingo lies down, and then begins to slowly back away, without turning their face from the animal.

This continues as the dingo follows the person for some time, until they reach their car. 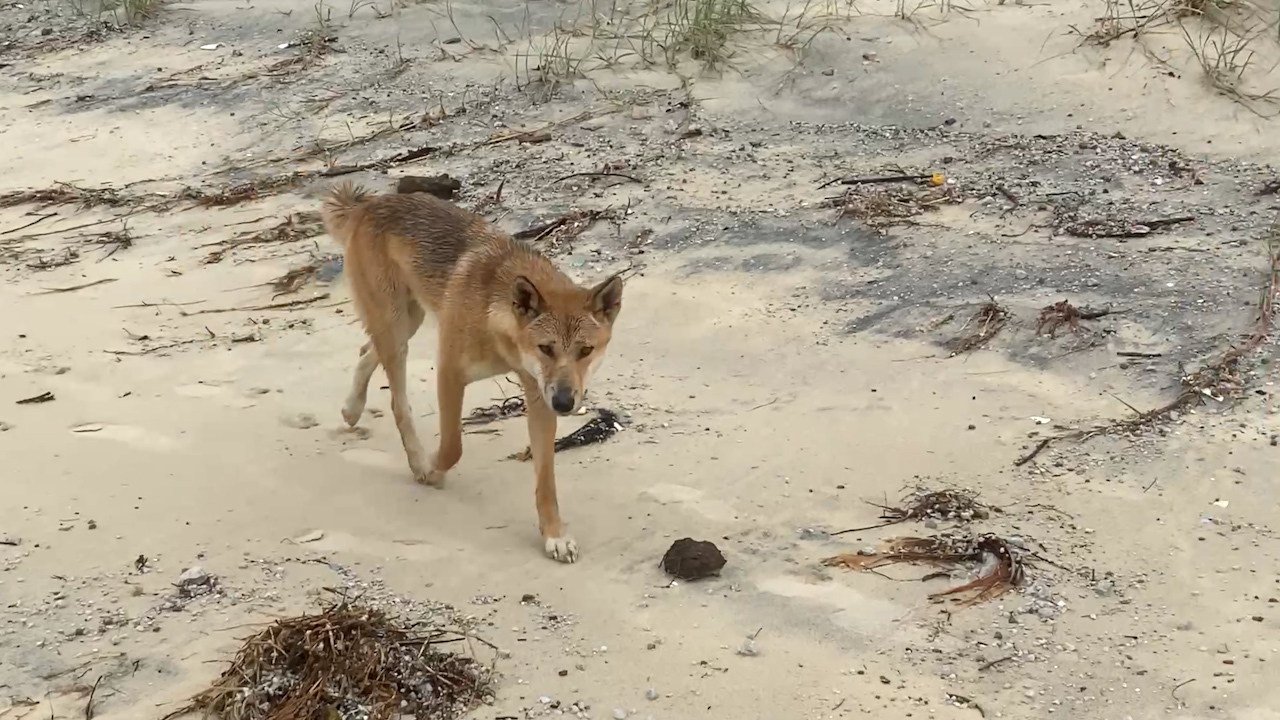 It matches the official guidelines for confronting a threatening dingo:

Stand up to your full height

There are of course other dingo-safe behaviours to think about when in proximity to them, especially on Fraser Island, which has a large population of the animals.

People are advised to travel in groups, to keep children within arm's reach, to avoid littering, to not feed the animals – and if you need to go to the toilet in the bush, make sure somebody is able to go with you.