A 15-year-old boy has reeled in a 125 kilogram shark after a gruelling two hours battle off the coast of Victoria.

The monster shark, which was taller than Lewis, ﻿was one of the biggest weighed in Portland, which is about 347km from Melbourne.

Mako sharks inhabit all waters across the globe, however larger concentrations are found in the Pacific and Atlantic oceans.

They can reach a maximum length of 4.3 metres. 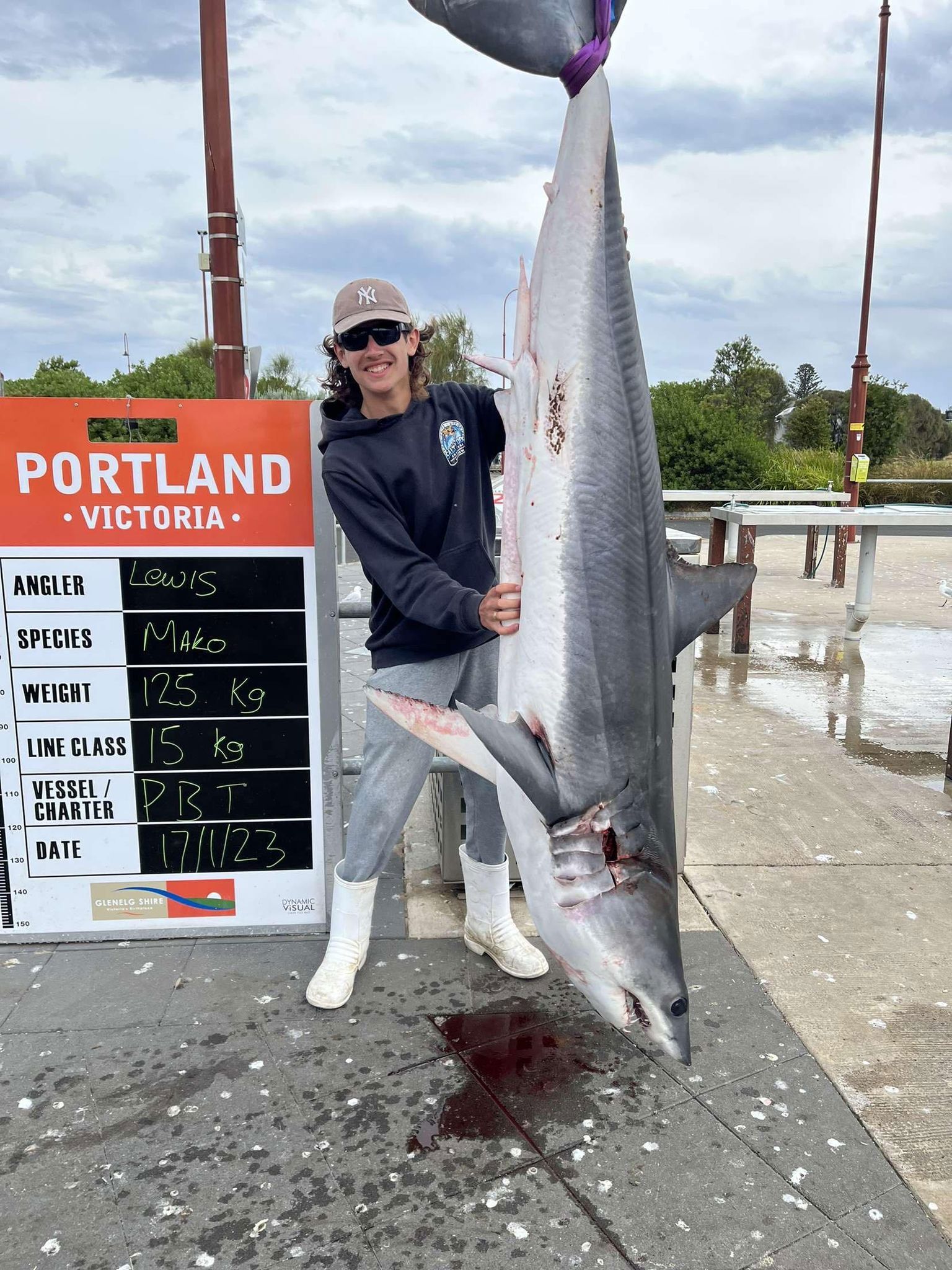 Families outraged at being forced to strip loved ones' graves