Protester with rainbow flag runs onto field at World Cup

The Victorian Government will introduce specific pandemic laws, which would “go further” than emergency powers being used at the moment, into parliament today.

Premier Daniel Andrews made the announcement after Victoria recorded 1510 new local cases of COVID-19 and another four deaths today.

He said the proposed laws would allow COVID-19 rules to be in place during global pandemics, rather than relying on state emergency powers.

READ MORE: Victoria’s 80 per cent freedoms explained: What you can and can’t do from Friday 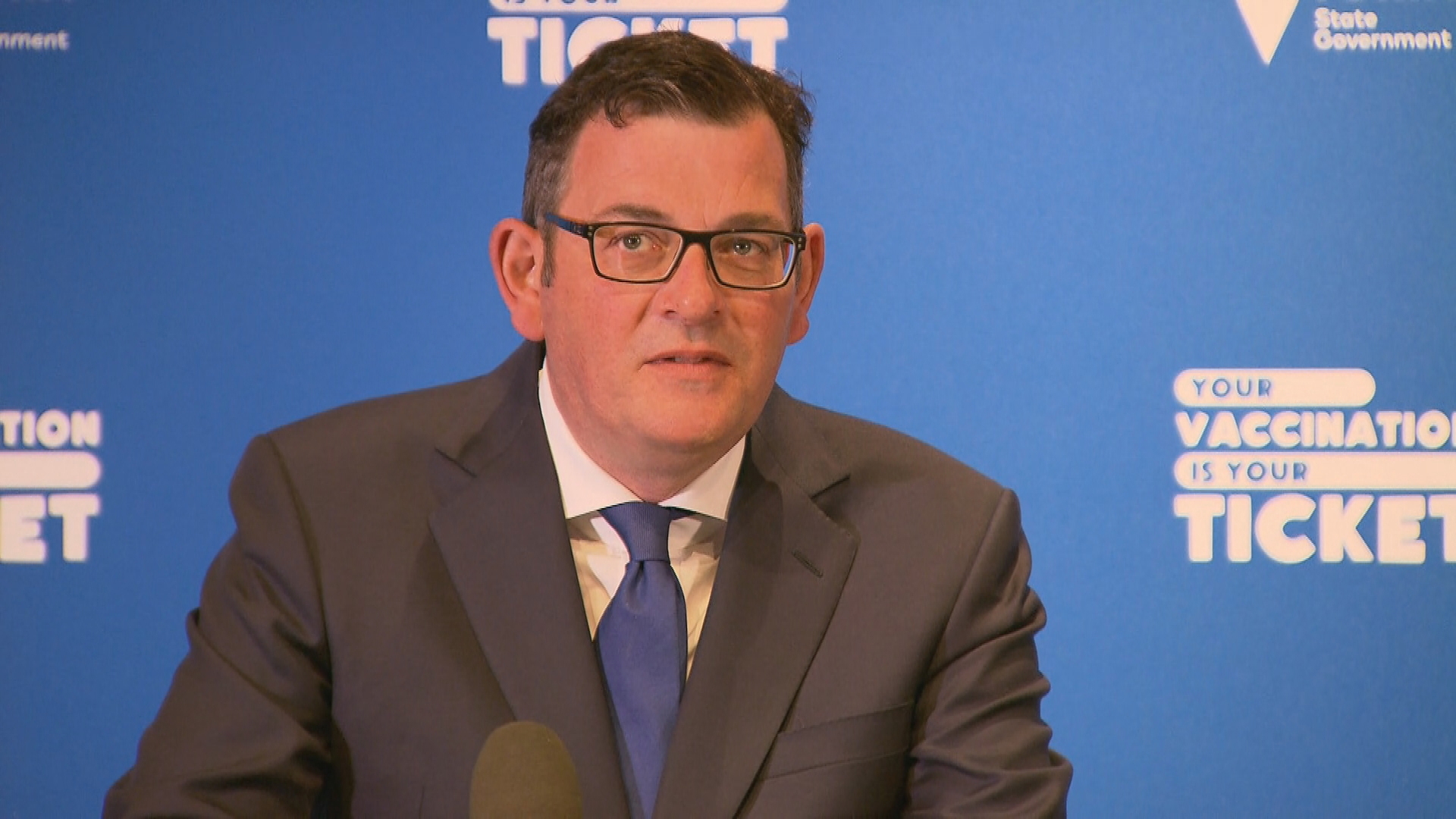 “This is modelled on the New Zealand law, there are elements of what happens in New South Wales and other states also,” he said.

“But they go further, in many ways in terms of scrutiny, oversight, transparency.

“They are the right set of arrangements and it has been widespread consultation with experts in many different fields to come up with this model.”

If passed in parliament, the laws would mean Victoria’s Chief Health Officer would no longer have the final say over how the government handles a pandemic.

After receiving the advice from the Health Minister and CHO, the premier would make a “declaration of a pandemic”.

A report setting out the reasons for the declaration of the pandemic and both the advice of the Minister and the Chief Health Officer would then have to be tabled in both houses of parliament, in an Australian-first.

The declaration could be made initially for four weeks but could be extended for a three-month period until the pandemic no longer represented a serious risk to the community.

The Health Minister would act as the final signatory, aimed to ensure greater accountability in government.

Victoria’s Health Minister Martin Foley said the new legislation would make the Chief Health Officer’s public health advice “more central, more transparent and more present in the public debate than it has ever been”.

Mr Foley said the pandemic bill would introduce a range of “stronger checks and balances”, including the establishment of an independent pandemic management advisory committee, made up of public health, human rights and other experts and wider community representatives.

The committee would specifically advise on the pandemic response and management powers.

“The minister of the day must also consult with any other persons they consider appropriate when making pandemic orders and consider any factor they believe relevant to those orders,” Mr Foley said. 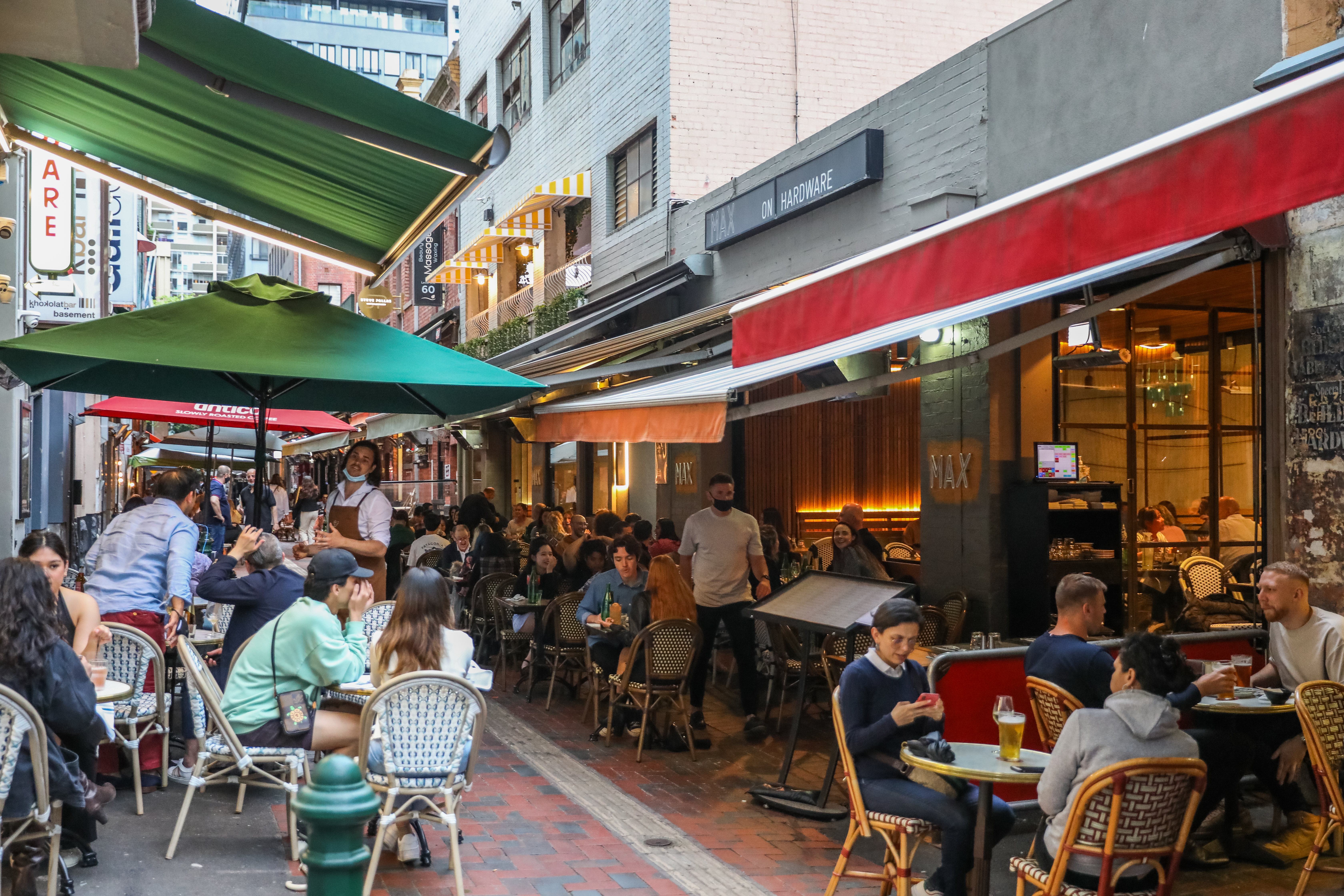 The new pandemic-specific reforms, which would replace the state-of-emergency powers after they expire on December 15, would also target QR check-ins, ensuring greater security and privacy of data.

Chief Health Officer Professor Brett Sutton said he did not feel “sidelined” by the proposed laws.

He said it was the duty of parliament to “make the laws the population works under”.

“It’s been a pleasure to work under the existing framework, but if there are improvements to make … that’s how it should be.”

Opposition Leader Matthew Guy described the proposed laws as “the most extreme, dangerous and excessive laws ever brought before our state”.

Mr Guy has accused Mr Andrews of trying to “grant himself unchecked power” and the state government of trying to make it easier to control Victorians’ lives.

There are 817 Victorians in hospital with COVID-19, including 147 patients in ICU and 88 on a ventilator.

The state’s vaccine rate has grown to 75 per cent of people being fully vaccinated against the virus, edging closer to the 80 per cent milestone.

Professor Sutton said the vaccination pop-up clinics across the community had been a “great success story”.

“Some anecdotes that we’ve heard – a single mum with three kids who came across a cafe mini pop-up, she said there was no way she might’ve managed otherwise going into a bigger vaccination site,” he said.

“The story of an 81-year-old who lives down the road from a school… a young man had friends who told him not to get the jab thought of his grandparents and … rolled up his sleeve and felt good knowing that he was protecting himself to protect her.

“It’s really fantastic that we are not leaving anyone behind.”

READ MORE: The ‘calculator’ that says if you will catch COVID-19

Vaccination requirements for the Australian Open

Mr Andrews said he found it hard to fathom why the Commonwealth would allow unvaccinated visa-holders to enter Australia, including tennis players, for the Australian Open.

The Victorian Government has received advice from Immigration Minister Alex Hawke, who said tennis players, like all international travellers, would need to be fully vaccinated against COVID-19 to come to Australia.

“I can’t understand why the Commonwealth government would let anybody in that was not an Australian and had not been double dose vaccinated,” Mr Andrews said.

READ MORE: ‘No end in sight’ for high petrol prices