A serial underwear thief who engaged in a lewd act beneath the clothesline of one of his many victims has had his bid to get out of jail quashed.

Police found an Aladdin's cave of women's underwear, bras and gym wear when they attempted to arrest Murrell in June last year.

READ MORE: ﻿Novak Djokovic lands in Melbourne for the first time after deportation

Police prosecutor Senior Constable Maddie Shipley said investigators found more than 5000 pieces of women's clothing and accessories piled up knee-high – many of them damp, mouldy and with semen stains.

Murrell stole from clothes lines in Reservoir, Preston and Heidelberg West between 2016 and his arrest, sometimes revisiting homes.

Four of his victims had their statements read to court, all spoke of the fear and anxiety Murrell's actions had caused them.

"I am now extremely paranoid when it comes to all males," one victim said.

Another said he had cut a flywire screen and attempted to push in her laundry window to gain access to her clothing when she stopped hanging it outside. 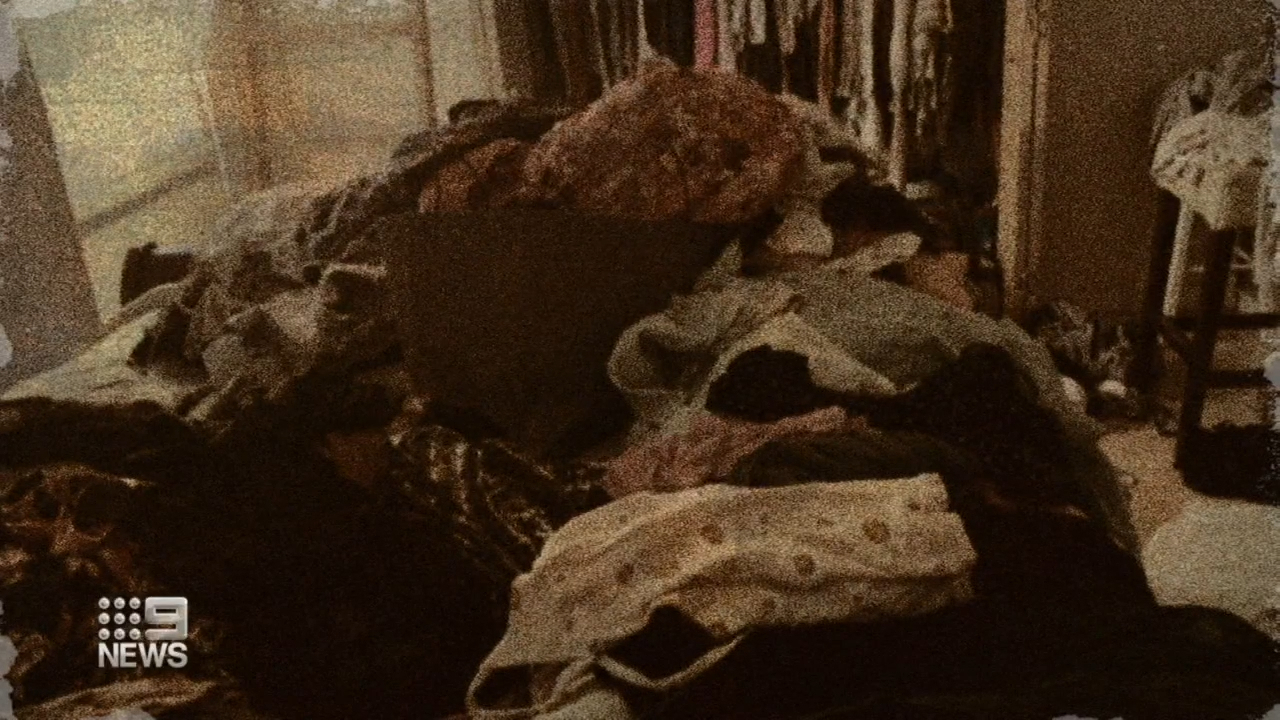 During his arrest, Murrell told police, "I'm disgusted, there is no excuse" and that there was "nothing fearful, it wasn't personal" when speaking of his victims.

Murrell's lawyer Cameron Baker said his client had pleaded guilty to the charges and had spent almost six months in custody.

He called for his client to be released and be sentenced to a community corrections order.

Baker said his client suffered from depression, post traumatic stress disorder and transvestic disorder, which in turn led to his drug use.

That drug use led to impulsive behaviour which led to his offending, he said.

Because of his transvestic disorder – becoming intensely sexually aroused from wearing women's clothing – he was "not a risk to the sexual safety of the community".

Magistrate Meagan Keogh raised concerns that Murrell had "many underlying issues" and releasing him on a community corrections order would mean he would face delays to getting the help he needed, which meant he was at greater risk of reoffending.

She said she would rather he remain in custody while waiting for an assessment for a problem behavioural program.

"This has been a longstanding issue and needs a variety of treatments put in place… it's the only way that we are going to mitigate the risk he poses generally," Keogh said.

It could take up to eight weeks before he could be assessed, the court heard.

Murrell, sporting a shaved head and long rats tail tied in a bun, kept his head down and did not speak during the hearing.

He will remain in custody until the matter returns to court on April 5 for sentencing.