Venomous snakes tangled up in a fierce fight in Adelaide park T﻿wo venomous snakes have been captured on camera as the pair were locked in a fierce fight in Adelaide's south.

Walkers were enjoying the warm weather in Onkaparinga River Recreation Park when they spotted a brown snake and a red-bellied black snake fighting on the weekend.

The pair were﻿ wrestling just two metres off the walking trail.

READ MORE: Why reclining seats are vanishing from airplanes﻿ 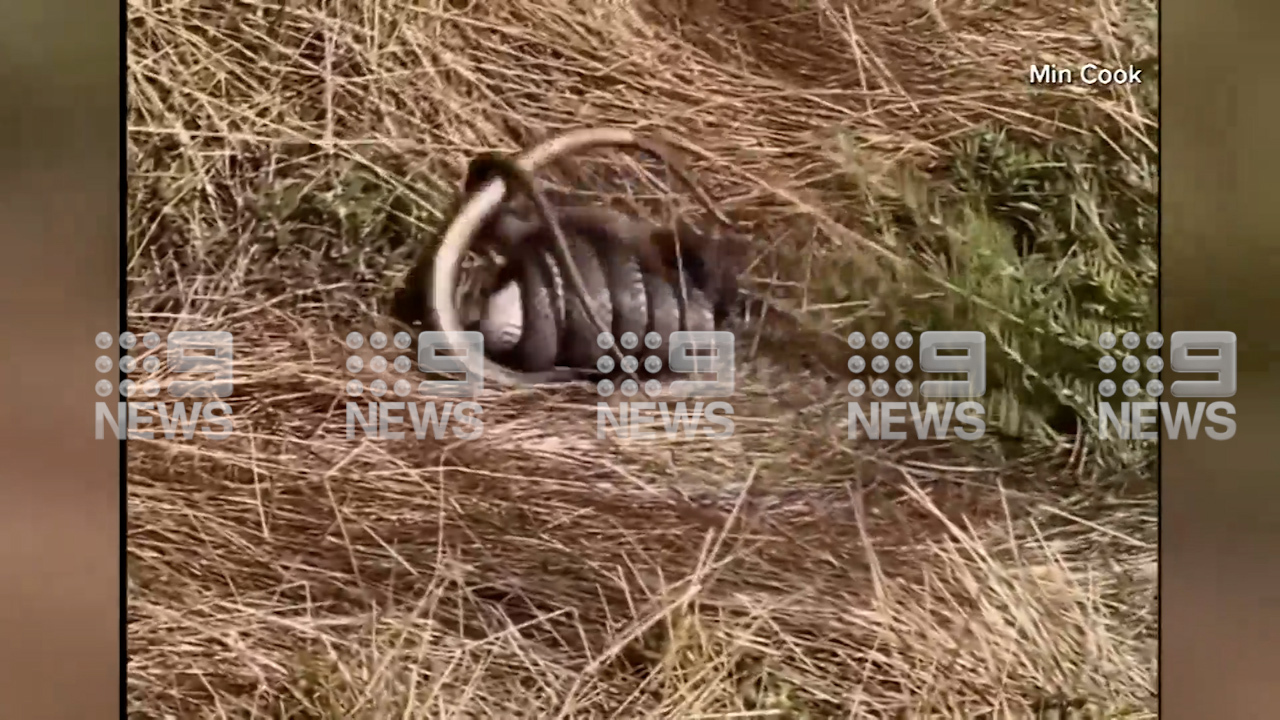 The woman who recorded the video said "the brown snake had the whole head of the red-bellied black snake in its mouth and was squeezing and pulsing".

"Look how many times the brown is wrapped around it," the woman said in the video.

"One, two, three – I reckon it's wrapped around like six times.

It is not clear which snake ended up winning the fight.﻿