Melbourne mum Paige didn't know what she was looking at when she opened up her seven-year-old son's school bag recently to find a neon green, plastic object inside.

It had the words "double apple" printed on the front, as well as "rock" and a cartoon skeleton.

"At first I thought it was a sour lolly, like Warheads, because of the bright colours," she told 9news.com.au.

Paige said her son, who had found it on his school's basketball courts and brought it home, also thought it was a lolly.

It was only when Paige looked the product up online that she found out it was a vape.

While there were no ingredients listed on the vape her son brought home, information online showed it contained 50mg of nicotine, roughly the same amount as five cigarettes.

Paige said she was horrified by the packaging on the product, which seemed to be clearly marketed towards children.

"How can cigarette packets be required to label nicotine usage and have horrible pictures on them but vapes just look like lollies?" she said.

Paige said she reported the issue to the principal at her son's school, who acknowledged similar incidents had happened before with older children leaving vaping products on school property outside of hours.

Last October, the federal government introduced a ban on nicotine e-cigarettes being imported into Australia, or sold to people, without a prescription.

However, a burgeoning black market in vaping products is flourishing online, particularly on social media.

A search online by 9news.com.au shows the same vape Paige's son found at school is currently being sold on both international and Australian vaping websites.

The website igetvapesaustralia.com, which lists the product for sale, advises Australian residents to check the laws on e-cigarettes in their state before purchasing, however it does not appear to ask customers for proof of a prescription.

9news.com.au has contacted the online business for clarification but is yet to receive a response. 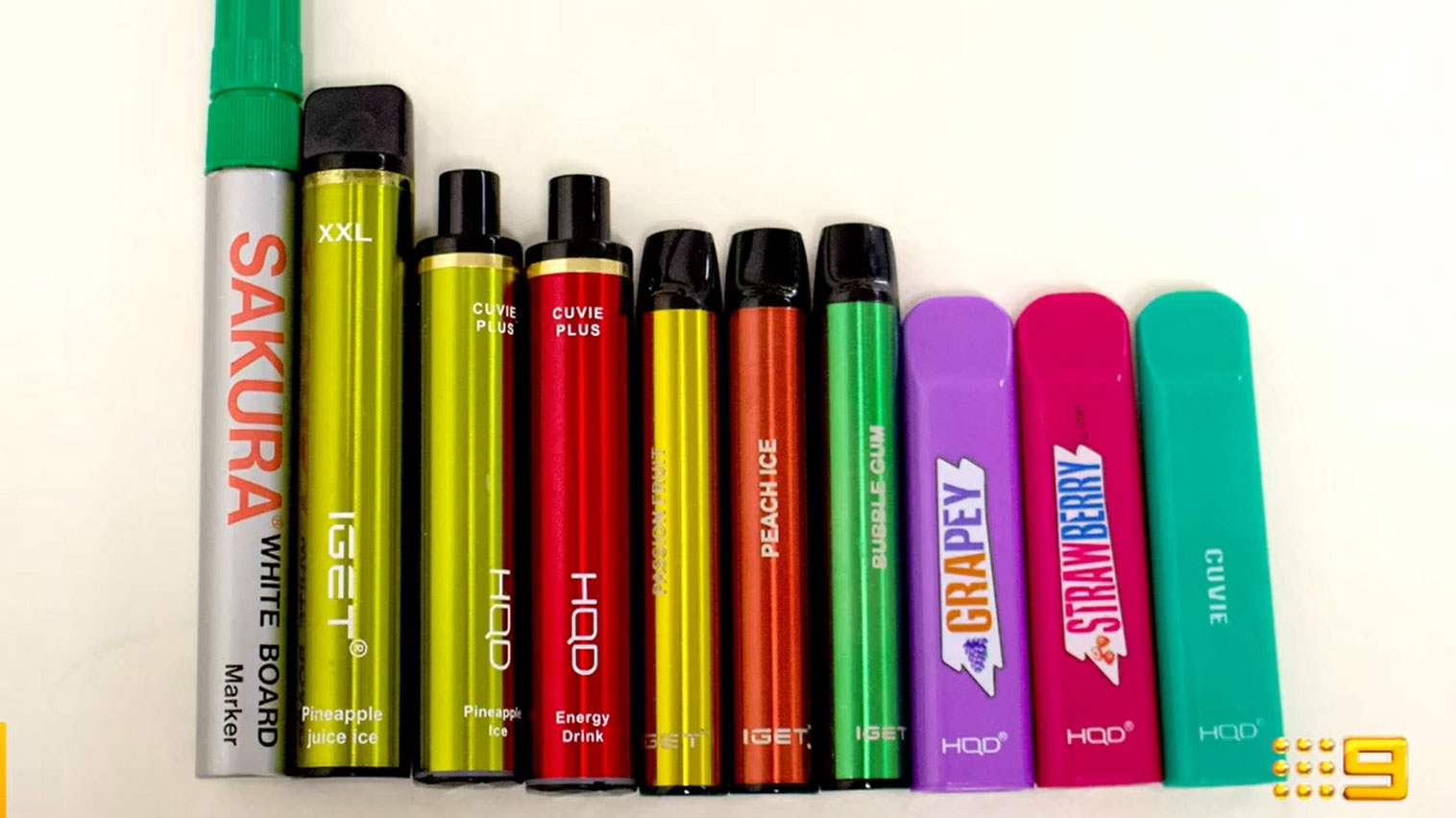 Figures provided to 9news.com.au show a staggering amount of vaping products are being seized by the Australian Border Force each month.

In the eight months since the ban came into play on October 1, Border Force has intercepted and seized almost a quarter of a million vaping products.

However, nicotine vaping products are still illegally making their way on Australian streets in large numbers.

Last month, NSW Police announced it had seized more than $1 million worth of illegal e-cigarettes and liquids containing nicotine so far this year.

NSW Health has seized more than $3 million of the banned products since July 2020.

Meanwhile, public health experts have expressed alarm at the growth in the number of young people using vapes and e-cigarette products. 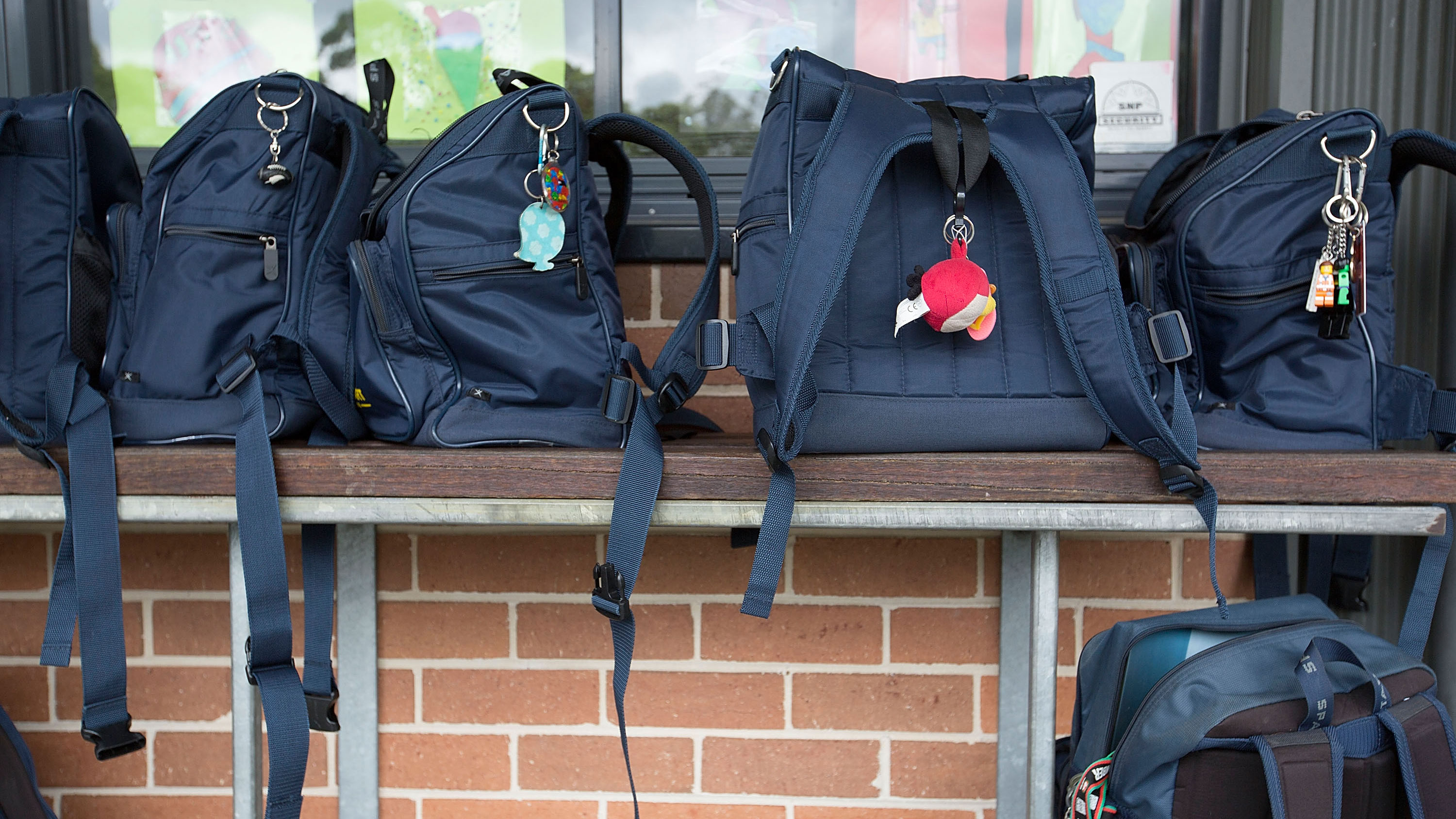 A report released late last month by the NSW Health Department showed the number of young people vaping has doubled in the space of a year.

Eleven per cent of people aged 16 to 24 reported being a current user of e-cigarettes, compared to 4.5 percent in 2020, data from the NSW Population Health Survey, showed.

A recent report by the Australian National University, which reviewed the global evidence on vaping, found it was a gateway to traditional cigarettes.

"Young people, who were non-smokers, are three times more likely to pick up tobacco smoking after using e-cigarettes," Sinan Brown, who co-authored the study, said.

"For children, we have concerns about the development of their brain. Using products with nicotine at a young age also really sets the platform for addiction in later life," Brown said.

Brown said the advertising and marketing of vaping products to young people, particularly on social media, was an area which needed consideration by Australian regulators.

"What we are seeing is that social media advertising is huge and a lot of this (is directed at) youth," he said.

"We are seeing this in the flavours, we know that there are 16,000 flavours on the market."

Under TGA requirements, nicotine vaping products sold in Australia are required to have an ingredients list, and child-resistant packaging to protect children from the risks of accidental use.

Australian pharmacies who sell prescription nicotine vaping products are also limited in how they can advertise their products, for example, they are only allowed to use three colours in their advertisements.

Overseas products bought online by customers with a prescription are not subjected to the same advertising restrictions.

This raised the question of whether people should be allowed to import nicotine vaping products for personal use, even with a prescription, Brown said.

"These are harmful products and we still are needing more evidence on a lot of health outcomes," he said.

"There's this argument that e-cigarettes are safer than tobacco, but I think until we find all the evidence for the health effects we can't be confident that that's the case.

"Also, tobacco is the number one cause of death in the world, it kills almost 9 million people every year. So, even if these products are safer than tobacco, that doesn't really mean much."

'My airconditioning won't turn on': The unnecessary calls to Triple Zero