US teacher shot by six-year-old improving in hospital The Virginia teacher shot by a six-year-old student is showing signs of improvement, after suffering life-threatening injuries.

Abby Zwerner, 25, was described as a hard-working educator who is devoted to her students and enthusiastic about the profession that runs in her family, according to fellow teachers and city officials.

Shortly after the shooting, police said Zwerner had life-threatening injuries, but she has improved and was listed in stable condition at a local hospital.

John Eley III, a former member of the Newport News School Board, and other city officials met with teachers and the principal at the school and later went to the hospital, where they met with members of Zwerner's family, including several aunts who also are teachers.

"The family was all educators and said she was excited about doing the job," said Eley.

"The custodians and other teachers spoke about how she's a good teammate, she's a team player, she loves her children, she's just an all-around good teacher."

Cindy Hurst said her granddaughter, aged eight, is still rattled by the shooting.

She was in Zwerner's class last year, and told her grandmother she is a great teacher.

"I just hate that this happened," Hurst told The Virginian-Pilot.

Zwerner attended James Madison University, graduating in 2019 with a bachelor's degree in Interdisciplinary Liberal Studies and minors in Elementary Education and Music.

She graduated from JMU's College of Education in 2020 with a master's degree in Education.

Police Chief Steve Drew said the boy shot and wounded the teacher with a handgun in a first-grade classroom.

He was later taken into police custody.

Drew said the shooting was not accidental and was part of an altercation.

No students were injured. 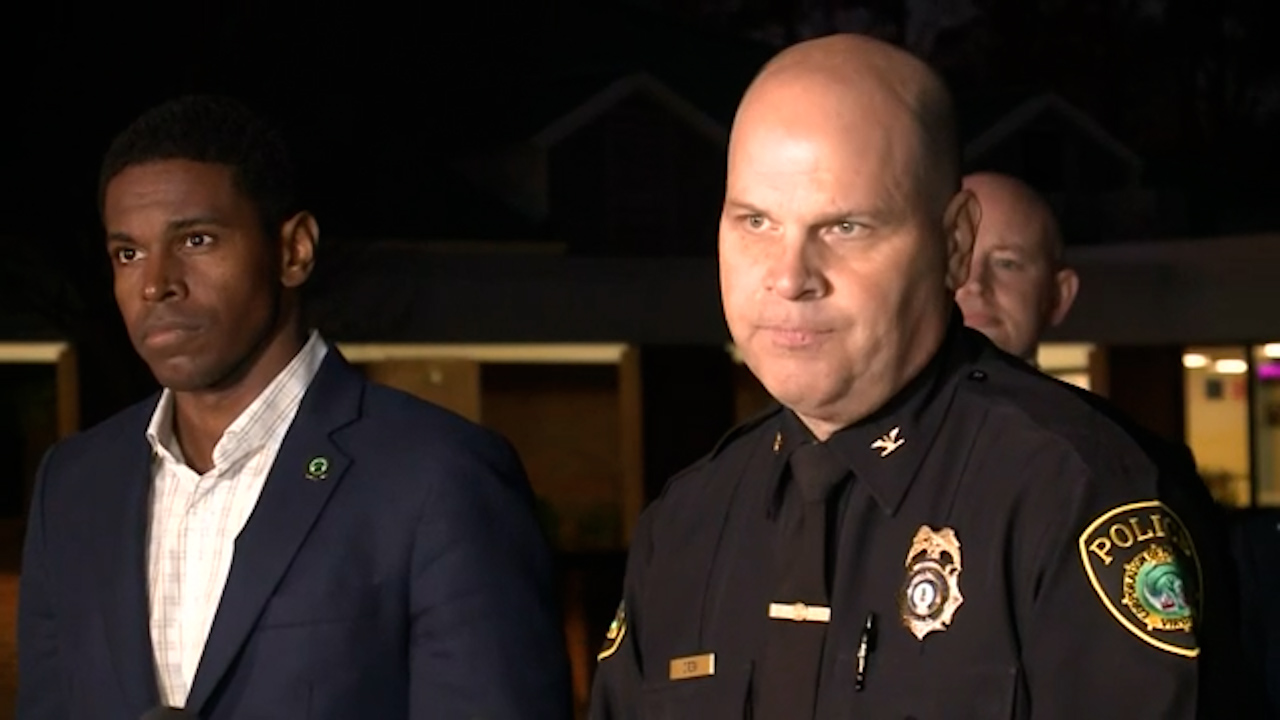 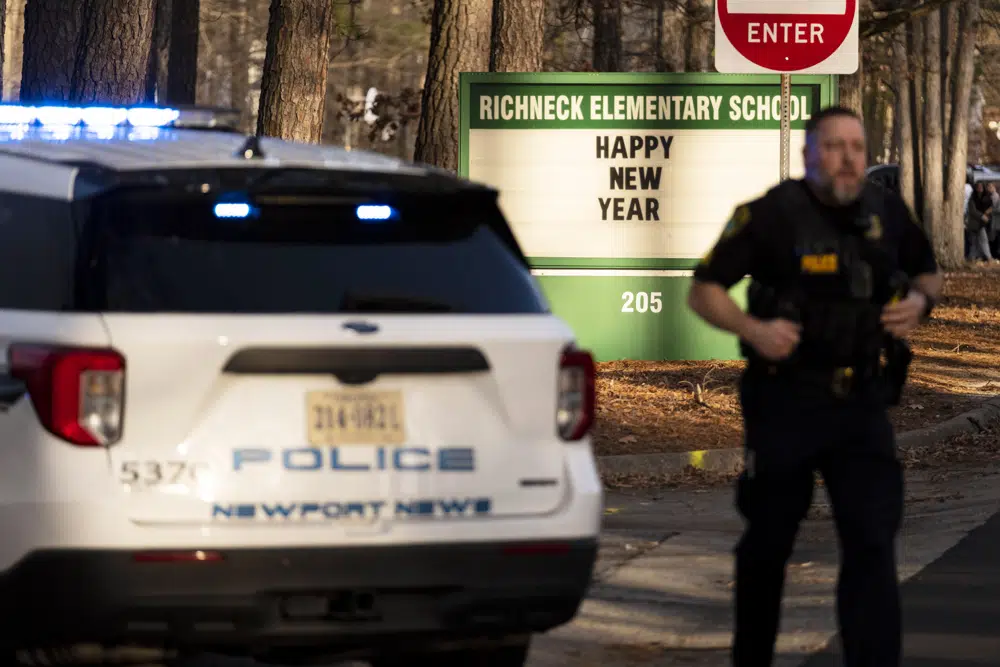 Police have declined to describe what led to the altercation or any other details about what happened in the classroom, citing the ongoing investigation.

They have also declined to say how the boy got access to the gun or who owns the weapon.

Virginia law does not allow six-year-olds to be tried as adults.

In addition, a six-year-old is too young to be committed to the custody of the Department of Juvenile Justice if found guilty.

A juvenile judge would have authority, though, to revoke a parent's custody and place a child under the purview of the Department of Social Services.

Mayor Phillip Jones would not say where the boy is being held.

"We are ensuring he has all the services that he currently needs right now," Jones said.

Experts who study gun violence said the shooting represents an extremely rare occurrence of a young child bringing a gun into school and wounding a teacher.

"It's very rare and it's not something the legal system is really designed or positioned to deal with," said researcher David Riedman, founder of a database that tracks US school shootings dating back to 1970. 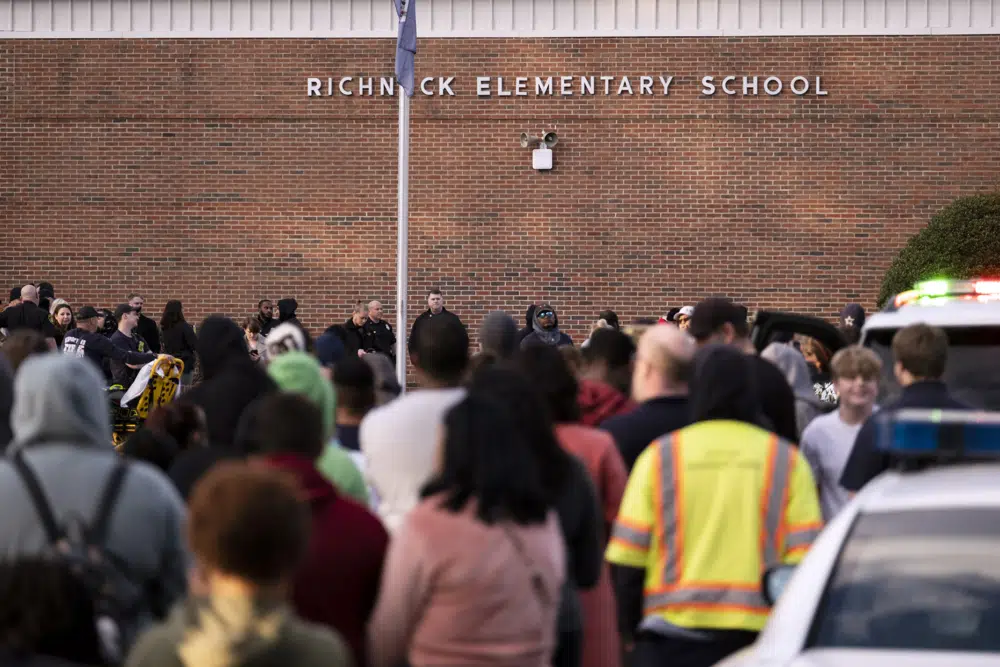 He said he's only aware of three other shootings caused by six-year-old students in the time period he's studied.

Those include the fatal shooting of a fellow student in 2000 in Michigan and shootings that injured other students in 2011 in Texas and 2021 in Mississippi.

Riedman said he only knows of one other instance of a student younger than that causing gunfire at a school, in which a five-year-old student brought a gun to a Tennessee school in 2013 and accidentally discharged it.

No one was injured in that case.

Newport News is a city of about 185,000 people in southeastern Virginia known for its shipyard, which builds the nation's aircraft carriers and other US Navy vessels.

Richneck has about 550 students in kindergarten through fifth grade, according to the Virginia Department of Education's website.

Jones said there will be no classes at the school on Monday and Tuesday.

Alibaba founder Jack Ma to give up control of tech business

'I would like to get my brother back': Harry's first interview on his memoir airs