The Supreme Court on Thursday struck down a New York gun law enacted more than a century ago that places restrictions on carrying a concealed handgun outside the home – an opinion marking the widest expansion of gun rights in a decade.

"Because the State of New York issues public-carry licenses only when an applicant demonstrates a special need for self-defence, we conclude that the State's licensing regime violates the Constitution," Justice Clarence Thomas wrote for the court's 6-3 majority.

The opinion changes the framework that lower courts will use going forward as they analyse other gun restrictions, which could include the proposals currently before Congress if they eventually become law.

"The majority's expansion of what the Second Amendment protects will have monumental ramifications far beyond carrying firearms in public – on everything from age restrictions to assault weapons bans to limits on high-capacity magazines," said Steve Vladeck, CNN Supreme Court analyst and professor at the University of Texas School of Law.

"We're in for a whole new slew of litigation challenging any and every gun-control measure in light of the analysis in today's ruling," Vladeck said.

Only about a half dozen states have similar laws to New York's – California, Hawaii, Maryland, Massachusetts and New Jersey have similar regulations, but those states are comprised of some of the most densely populated cities in the country.

Twenty-five states generally allow people to carry concealed weapons in most public spaces without any permit, background check or safety training, according to the Giffords Law Centre to Prevent Gun Violence.

In his opinion, Thomas said that going forward the government "may not simply posit that the regulation promotes and important interest," instead he said the judges must look to text and history when deciding whether a law passes muster. 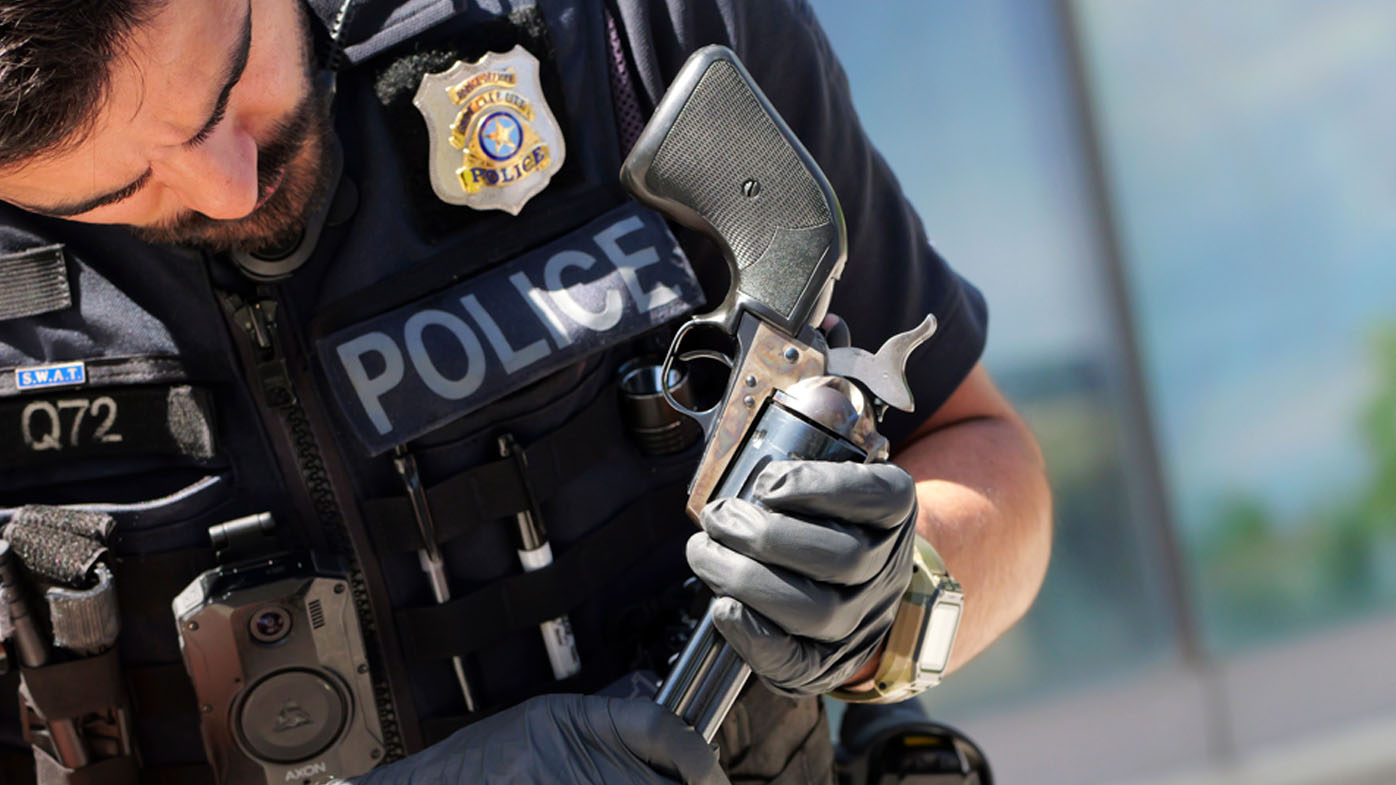 "Only if a firearm regulation is consistent with this Nation's historical tradition may a court conclude that the individual's conduct falls outside the Second Amendment's unqualified command," Thomas said.

"We too agree, and now hold, consistent with Heller and McDonald, that the Second and Fourteenth Amendments protect an individual's right to carry a hand- gun for self-defense outside the home."

President Joe Biden, who is working with Congress on gun control legislation, said he is "deeply disappointed" with the decision.

"This ruling contradicts both common sense and the Constitution, and should deeply trouble us all," Biden said in a statement.

"In the wake of the horrific attacks in Buffalo and Uvalde, as well as the daily acts of gun violence that do not make national headlines, we must do more as a society – not less – to protect our fellow Americans."

In a dissent joined by the other liberals, Justice Stephen Breyer noted the spate gun violence and said that the court, listing several recent shootings, including the massacre at the Buffalo grocery store earlier this year. Thursday's ruling "severely burdens States' efforts" to curb gun violence, Breyer wrote.

"The primary difference between the Court's view and mine is that I believe the Amendment allows States to take account of the serious problems posed by gun violence that I have just described," Breyer wrote. "I fear that the Court's interpretation ignores these significant dangers and leaves States without the ability to address them." 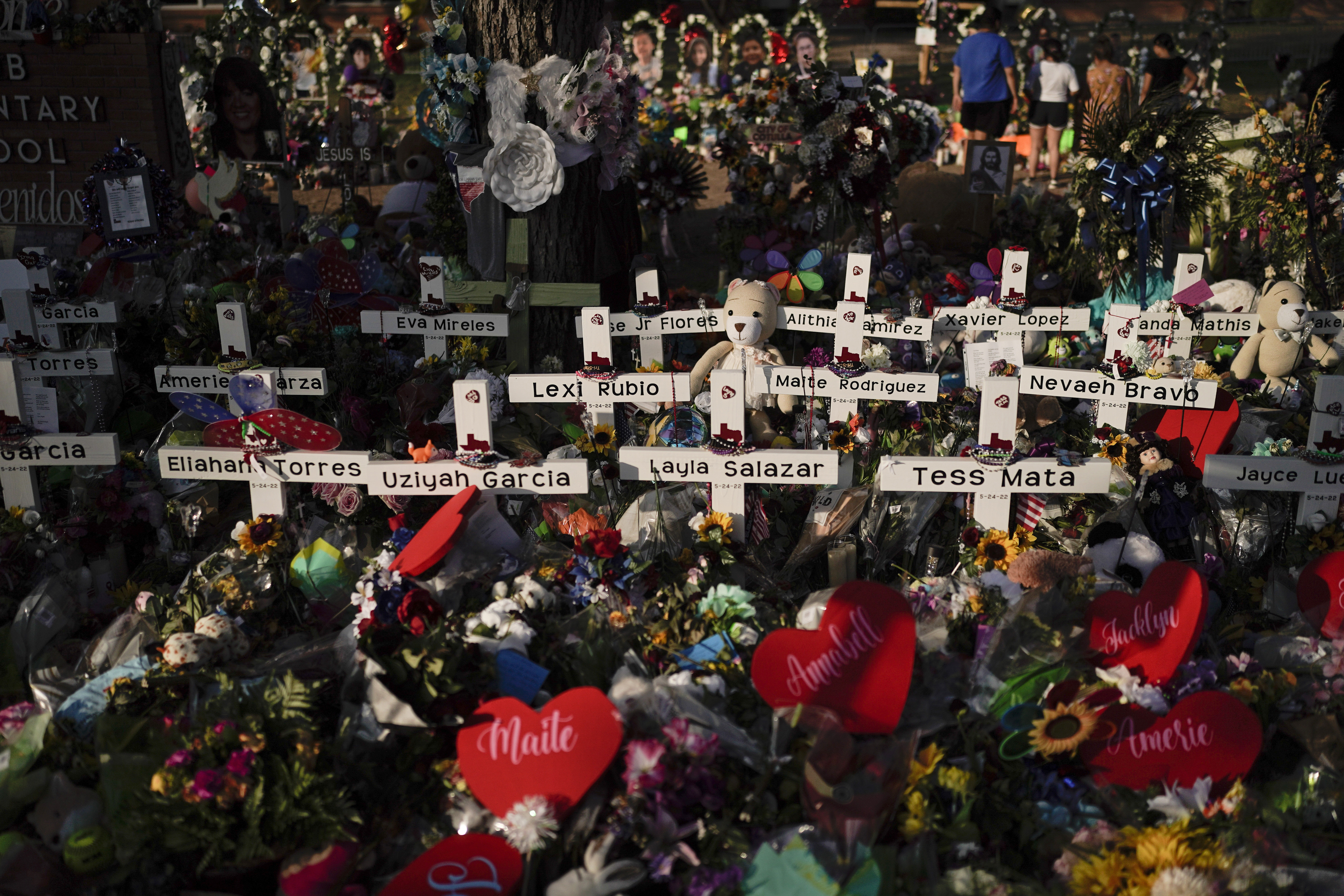 Justice Samuel Alito, in a concurring opinion, pushed back: "And how does the dissent account for the fact that one of the mass shootings near the top of its list took place in Buffalo? The New York law at issue in this case obviously did not stop that perpetrator."

The conservative justices also dismissed concerns defenders of New York's gun law raised about how the law restricted the carrying of firearms into sensitive places.

First major ruling on guns in a decade

Since handing down two major Second Amendment cases in 2008 and 2010, the court has largely dodged the issue but agreed to take up the dispute after Justice Amy Coney Barrett arrived, highlighting her impact on the new conservative court.

In 2008's District of Columbia v. Heller, the court held for the first time that the Second Amendment protects an individual's right to keep and bear arms at home for self-defense. Except for a follow-up decision two years later, the justices largely stayed away from the issue infuriating gun rights advocates and even some of the justices themselves. 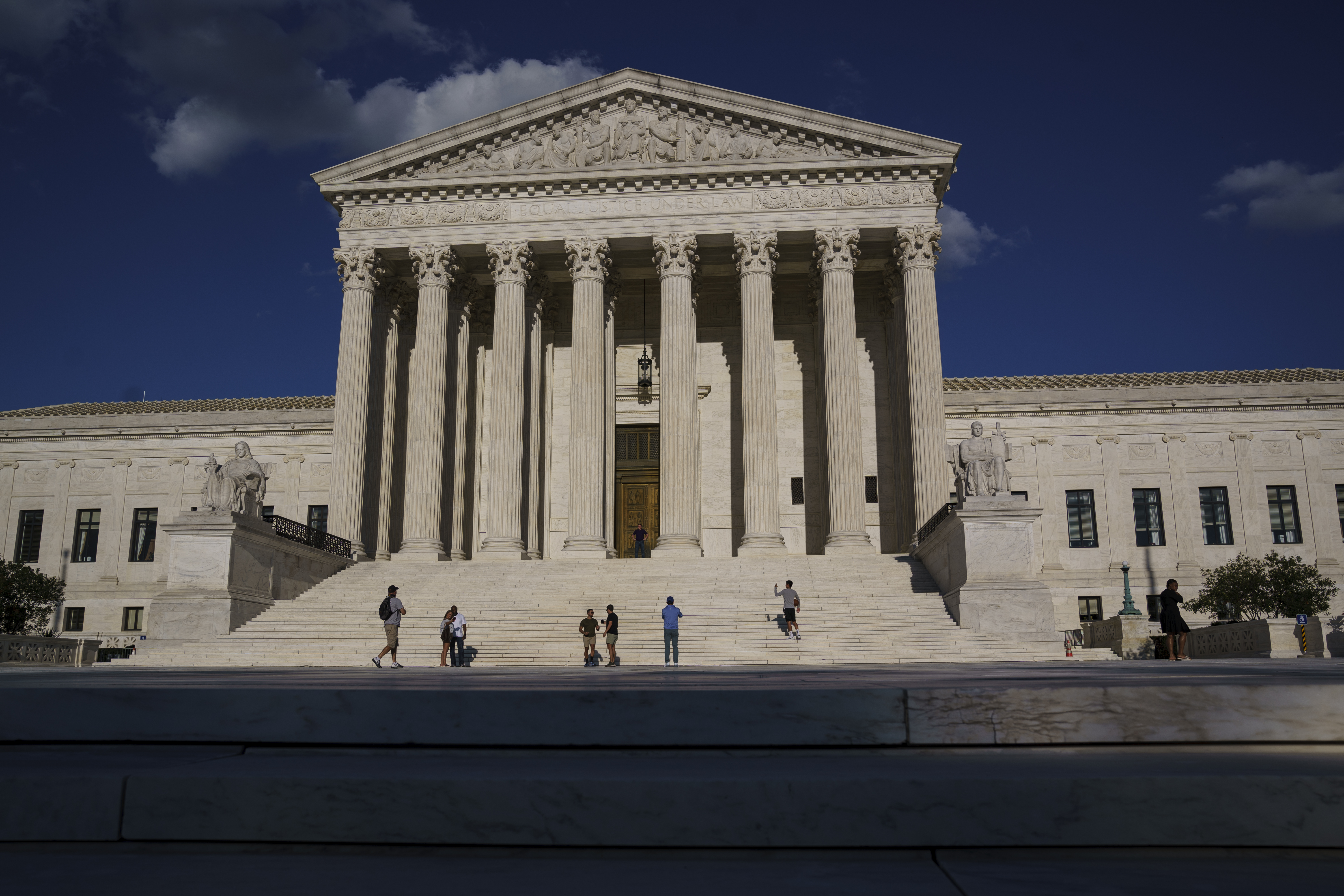 Thomas and other conservatives have made clear they believe lower courts have been thumbing their noses at the Heller decision by upholding restrictions. "The Second Amendment is a disfavored right in this court," Thomas has previously said.

The case, New York State Rifle & Pistol Association v. Bruen, concerned a New York law governing licenses to carry concealed handguns in public for self-defense. It required a resident to obtain a license to carry a concealed pistol or revolver and demonstrate that "proper cause" exists for the permit. Residents must show that they have a great need for the license and that they face a "special or unique danger to their life."

The law requires applicants who want to carry a handgun in public without restriction to show an "actual and articulable" self-defense need, as opposed to one that is "speculative or specious."

A panel of judges on the 2nd US Circuit Court of Appeals held that New York's law did not violate the Second Amendment.

The Biden administration supported New York and told the Supreme Court in a brief that while the Second Amendment protects an individual's right to keep and bear arms, the right is "not absolute."

Acting Solicitor General Brian Fletcher told the justices that the law was "firmly grounded" in the nation's history.

The petitioners in the case were Robert Nash, Brandon Koch and the New York State Rifle & Pistol Association – an NRA affiliate. They were represented by Paul Clement, a George W. Bush-era solicitor general who argued that that the Second Amendment ensures a right not just to "keep arms," but to bear them.

Nash and Koch had passed the required background checks and obtained licenses to carry guns for hunting and target practice, but they had not been able to establish a special need for self-defense that is required under the law to receive an unrestricted license.

Clement argued that the law makes it almost impossible for an ordinary individual to obtain a license because the "proper cause" standard is so demanding and left to the "broad discretion" of the licensing officer.

"Good, even impeccable, moral character plus a simple desire to exercise a fundamental right is," Clement said, "not sufficient." "Nor is living or being employed in a high crime area."

Nash, for instance, requested to carry a handgun for self-defense after a string of robberies in his neighbourhood. But he was denied because he did not demonstrate a special need for self-defence. Koch wanted a similar license, and he was able to cite his experience of participating in safety training courses. He too was denied.

Gun rights groups touted the ruling as a win for Second Amendment rights and individuals' rights to protect themselves, while gun safety advocates argued that the ruling would result in more gun violence.

Several New York Democrats decried the ruling, including New York Gov. Kathy Hochul, who called the court's decision "shocking" and "frightful in its scope of how they are setting back this nation and our ability to protect our citizens."

"Today the Supreme Court is sending us backwards in our efforts to protect families and prevent gun violence. And it's particularly painful that this came down at this moment, when we're still dealing with families in pain from mass shootings that have occurred – the loss of life, their beloved children and grandchildren," Hochul told reporters Thursday.

The governor said she's prepared to call the state legislature back into session in response to the ruling. She said state legislators have already been alerted and that they're looking at possible dates for reconvening.

New York City Mayor Eric Adams, a former NYPD captain, said the decision on guns, "put simply," will put New Yorkers "at further risk of gun violence" in a statement vowing specific action to mitigate the risks he says the decision will create.

Manhattan District Attorney Alvin Bragg said the ruling, "severely undermines public safety not just in New York City, but around the country." Bragg says his office is "analysing" the ruling and crafting gun safety legislation that will take steps to "mitigate the damage done today."

"Today's ruling is a watershed win for good men and women all across America and is the result of a decades-long fight the NRA has led," NRA Executive Vice President Wayne LaPierre said in a statement. "The right to self-defence and to defend your family and loved ones should not end at your home."