William "Rick" Singer, the mastermind of the sprawling US college admissions scam aptly known as Operation Varsity Blues, has been sentenced to 3.5 years in federal prison, nearly four years after the scandal was publicly exposed.

Singer was the central figure in the scam in which wealthy parents, desperate to get their children into elite universities, paid huge sums to cheat on standardised tests, bribe university coaches who had influence over admissions and then lie about it to authorities.

He apologised for his actions in court, saying his morals took a backseat to "winning and keeping score".

"I lost my ethical values and have so much regret. To be frank, I'm ashamed of myself," Singer said.

Federal prosecutor Stephen E. Frank outlined the extent of Singer's role in coordinating the scheme, calling it a "singular" crime in the history of the country and the most massive fraud perpetrated on the higher education system.

"He is the architect of it. He is the face of this fraud," Frank said in court.

Frank also acknowledged Singer's "unparalleled" cooperation with authorities but noted Singer had tipped off several of his clients to the investigation, for which he pleaded guilty to obstruction of justice.

Singer's defence attorney similarly highlighted this cooperation, in which Singer allowed FBI agents to wiretap his phone and also wore a wire to in-person meetings.

In addition to the 42 months of prison time, Singer was sentenced to three years of supervised release and forfeiture of over $14 million, Judge Rya Zobel said.

He is due to report to prison on February 27.

Prosecutors had asked the court to sentence him to six years in prison, while Singer's attorneys asked for probation with home detention and community service.

The sentencing represents the culmination of an extensive criminal case first made public in March 2019, when authorities arrested and charged over 50 people, including coaches, test administrators, prominent CEOs, and the actresses Felicity Huffman and Lori Loughlin.

With only a few exceptions, almost all of them pleaded guilty and served prison terms generally measured in weeks or months.

For example, Huffman was sentenced to 14 days and Loughlin received two months behind bars.

The longest sentence in the case, for former Georgetown tennis coach Gordon Ernst, was for 2.5 years in prison.

Singer is one of the last people to be sentenced in the case, which rocked the world of higher education and showed, not for the first or last time, how rich people use their wealth and means to help their children game the college admissions system.

He was the owner of the college counselling and prep business known as "The Key" and the CEO of the Key Worldwide Foundation, the charity connected to it.

Through those organisations, Singer carried out his scheme to get the children of wealthy parents into top universities.

His plan had two major parts: facilitate cheating on standardised tests such as the SAT and ACT, and bribe college coaches and administrators to falsely designate the children as recruited athletes, even if they didn't play that sport, easing their acceptance into universities including Yale, Georgetown and USC. 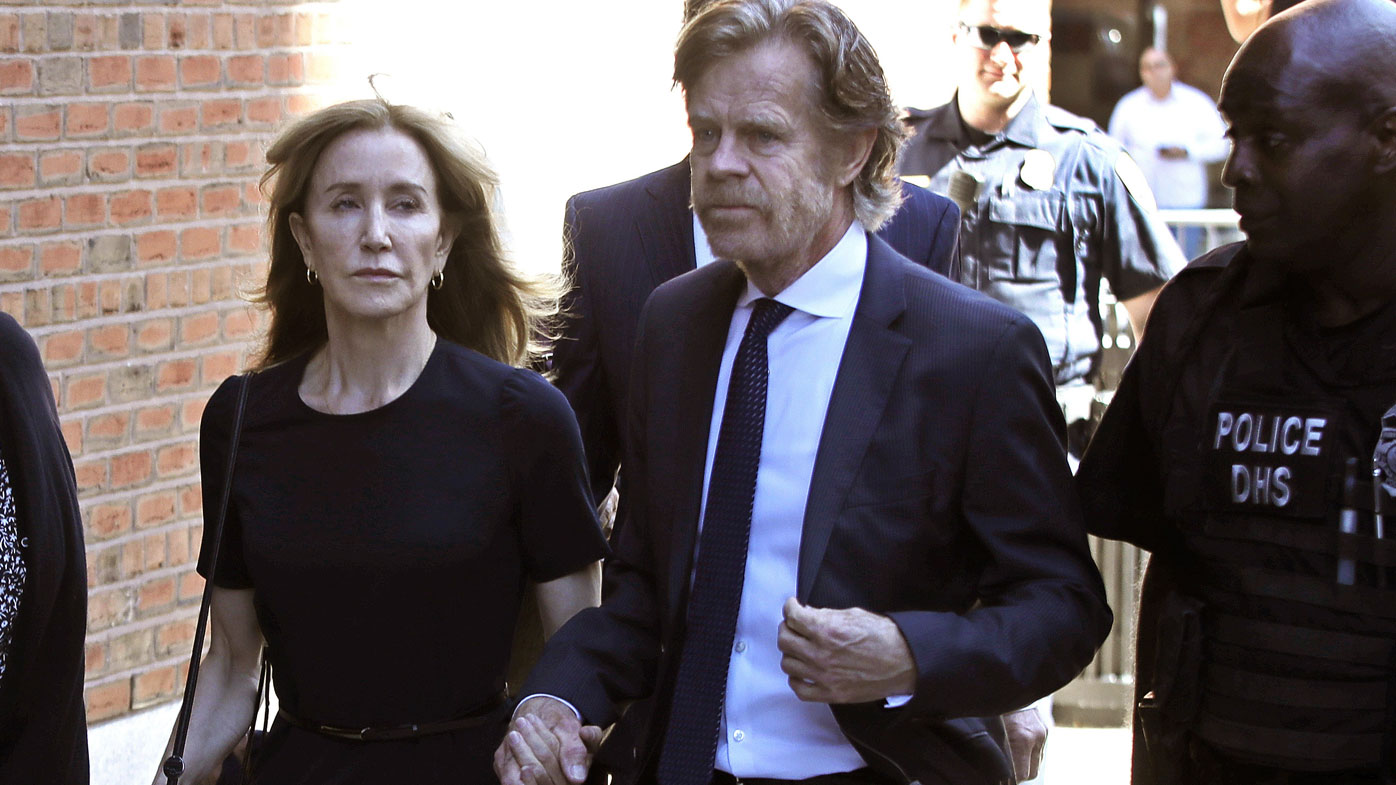 In a June 2018 conversation with one parent, he referred to his plan as a "side door" into college, according to court documents.

"There is a front door which means you get in on your own. The back door is through institutional advancement, which is 10 times as much money. And I've created this side door in," Singer said.

To conceal the payments, he or an employee directed the parents to give money to the Key Worldwide Foundation as a charitable donation, the indictment states.

Some of that money was then used to pay test administrators or coaches as part of the scheme, prosecutors said.

Singer made case for lenient sentence

Out on bail since his guilty plea, Singer, 62, has been living in a St Petersburg, Florida, trailer park for seniors, according to his sentencing memo.

"I have been reflecting on my very poor judgment and criminal activities that increasingly had become my way of life. I have woken up every day feeling shame, remorse, and regret," Singer wrote in a recent court submission ahead of his sentencing.

"I acknowledge that I am fully responsible for my crimes."

In reflecting on the scheme that cost him his own wealth, he attributes his motivations to a fierce competitive drive to "win at all costs."

"By ignoring what was morally, ethically, and legally right in favour of winning what I perceived was the college admissions 'game,' I have lost everything," Singer wrote.

His attorneys asked the court for a comparatively lenient three-year term of probation including 12 months of home detention plus 750 hours of community service.

"Alternatively, if incarceration is deemed necessary, the purposes of sentencing will be satisfied with a six-month sentence followed by a three-year term of supervised release that includes community service," the defence team's sentencing memo says.

Prosecutors in their respective sentencing memo acknowledged Singer's cooperation with the government as "historical" and "hugely significant."

For several months prior to the public announcement of Operation Varsity Blues, Singer turned over online communications and documents, voluntarily recorded phone calls with clients and associates and wore a wire in person with several individuals.

Still, his cooperation was not perfect, according to prosecutors.

Singer "not only obstructed the investigation by tipping off at least six of his clients," the sentencing memo says, "but also failed to follow the government's instructions in other ways, including by deleting text messages and using an unauthorised cell phone."

Given the "problematic" cooperation, prosecutors say, the "most culpable participant" in the scheme should serve six years in prison as a deterrent to future temptation for Singer.

"Singer will undoubtedly face circumstances and opportunities that require him to choose between right and wrong. A substantial term of incarceration is critical to remind him of the consequences of crossing that line, and necessary to protect society from his wrongdoing," prosecutors wrote.

Singer funnelled the money he collected from the admissions scheme through a fake charity in which clients disguised payments as "charitable contributions" that conveniently doubled as a tax break for the parents paying their children's way into top schools.

Prosecutors alleged Singer took in more than $36.5 million from the clients, paid bribes totalling more than $10 million and transferred, spent or otherwise used more than $22 million of his clients' money for himself.

Prosecutors have also asked the court to mandate Singer pay the IRS more than $15.5 million in restitution, a $5 million monetary forfeiture, in addition to a forfeiture of some assets valued at more than $7.8 million.

He has already paid $1,770,000 toward the anticipated $7.3 million money forfeiture judgment from the proceeds of the sale of his residence, according to court documents.

He hasn't been able to get a job while on pretrial release thanks to the case's national media attention, according to his sentencing memo.

New COVID-19 strain may be 'most transmissible' subvariant to date

'To them, we are like a zombie invasion': How billionaires are prepping for the apocalypse