In its first three hearings, the US House of Representatives panel investigating the Capitol insurrection has laid out the beginnings of its case against former President Donald Trump – that his lies about the 2020 election, and his pressure on his vice president to overturn it, directly led to the violence on January 6, 2021.

The committee’s June hearings – at least two more are scheduled – come after a yearlong probe and more than 1000 interviews.

The panel has featured both live witnesses and video, including from interviews with many of Trump’s closest advisers who tried to dissuade him from his efforts to stay in power.

The committee has also shown videos from the violent attack that day, some of which had never been seen before.

In methodically laying out their initial findings, members of the nine-member panel say they are trying to remind a weary public of what was at stake that day, and what could have happened if Vice President Mike Pence and others had not rebuffed Trump’s efforts to overturn his defeat.

They are also compiling a huge trove of evidence that the Justice Department wants to use in its own investigations.

A rundown of what we’ve learned so far from the public hearings of the select Jan. 6 committee – and what’s next:

The committee’s Thursday hearing focused on Trump’s pressure on his vice president after all 50 states certified President Joe Biden’s win and courts across the country had rejected his campaign’s attempts to legally challenge the results.

As the president ran out of options, he and a small group of allies turned toward the final congressional certification on Jan. 6.

The vice president presides over that session every four years in a ceremonial role. Prodded by a constitutional law professor named John Eastman, Trump pressured Pence to defy the law, and hundreds of years of precedent, by stepping in to object to or delay the count.

Greg Jacob, a counsel to Pence, said the vice president was resolute from the beginning that he would not carry out the plan.

“Our review of text, history – and frankly, just common sense – all confirm the vice president’s first instinct on that point, there is no justifiable basis to conclude that the vice president has that kind of authority,” Jacob told the committee in live testimony on Thursday.

But Trump ramped up his pressure in the days before the certification, culminating with a call that aides described as “heated” between the two men on the morning of January 6, a shout-out for Pence to “do the right thing” at a huge rally of his supporters that morning and finally with a tweet saying that Pence did not have “courage” as a violent mob was already breaking into the building.

The committee chronicled that timeline with video interviews from White House aides, clips from Trump’s speech and footage of the angry crowd calling for Pence’s assassination. In one video played by the committee, a Trump supporter said he had heard reports that Pence had “caved,” and if he did they were going to drag “politicians through the streets.”

The crowd called for Pence's hanging as they broke into the building.

The panel also filled in new details about Pence’s hasty evacuation from the Senate as the rioting started. California Rep. Pete Aguilar, a Democrat on the committee who led Thursday’s hearing, told Jacob that the group was at one point only 40 feet from the rioters.

Though some of Trump’s top allies defied subpoenas to testify, the committee spoke to many of his top aides, including several who were in the White House that day and were in meetings in the weeks beforehand as Trump, Eastman and lawyer Rudy Giuliani, among a small group of others, pushed the scheme to overturn Trump’s defeat.

The panel played clips of video testimony in which the aides say they disagreed with the plan or tried to talk the president out of it – even though few of them spoke out publicly at the time.

Those efforts to persuade Trump started on election night, when the race was still too close to call and Giuliani pushed the president to declare victory.

Trump campaign manager Bill Stepien said in one interview clip played by the panel that he told Trump it was “way too early” to make a prediction like that, but Trump went out to the press room and did it anyway, telling reporters that the early results were “a fraud on the American public” and that “frankly, we did win this election.”

The committee has also shown a video from testimony by Trump’s daughter, Ivanka Trump, and her husband, Jared Kushner. In a clip played from her interview earlier this year, Ivanka Trump told the panel that her father’s call with Pence the morning of January 6 was “pretty heated” and had “a different tone than I had heard him take with the vice president before.”

Others described vulgarities they said the president used.

The committee has not released the full transcripts of the interviews. 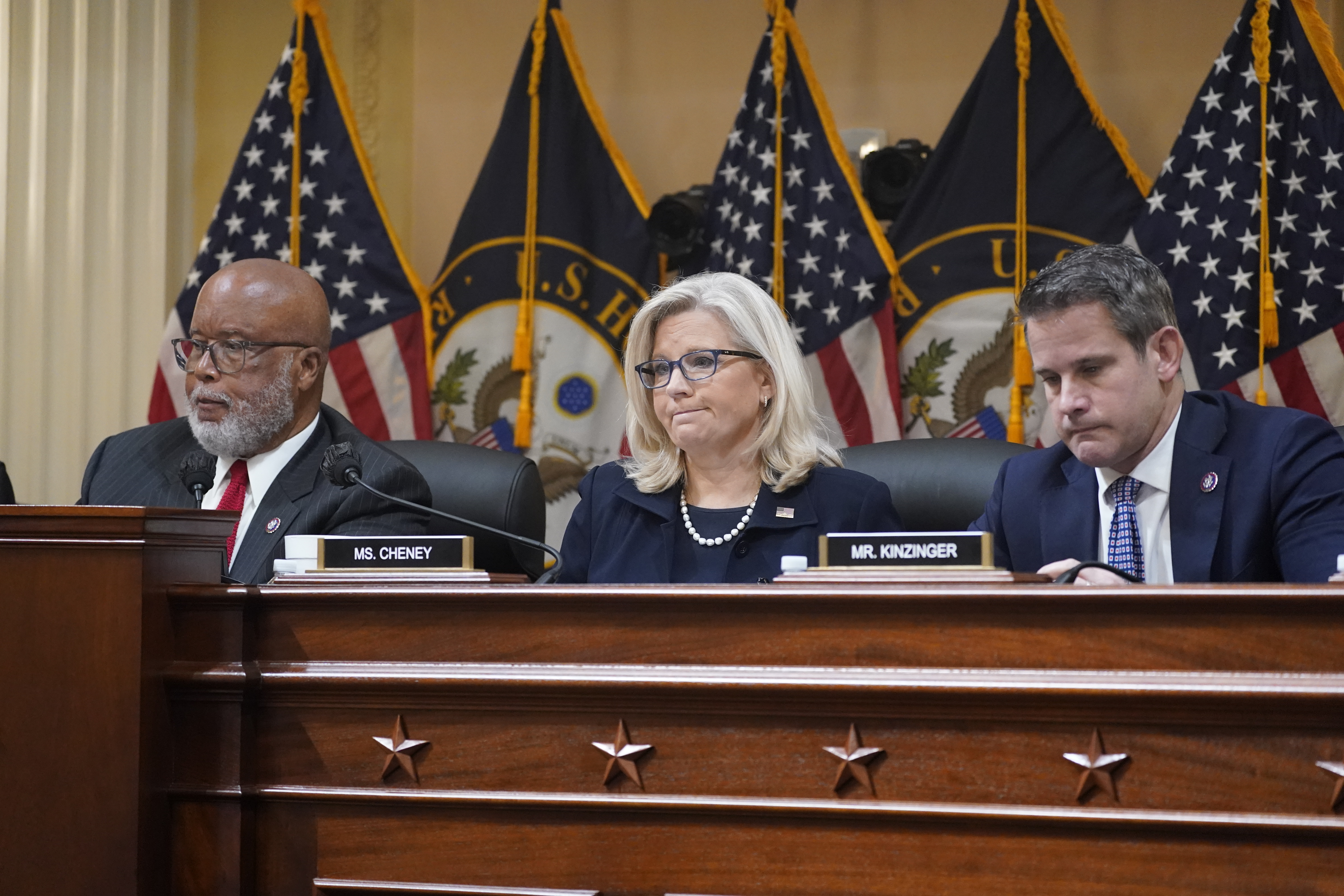 No evidence of fraud

In Monday’s second hearing, the panel showed evidence that Trump’s claims of widespread fraud in the election were false.

While election officials across the country certified the results and courts rejected Trump’s many lawsuits, the president and his allies repeatedly maintained that it was true.

The committee used video clips of testimony from former Attorney General Bill Barr, who resigned after telling the president his claims were “bulls—.”

Barr said he had looked into the allegations and found no evidence that any of them were true.

He described his interactions with the president as he tried to convince him of the facts, telling the panel that Trump was becoming “detached from reality.”

In-person witnesses at the committee’s hearing on Monday talked about Trump and Giuliani’s pressure to try to overturn the results in their states.

BJay Pak, a former US attorney in Atlanta who resigned as Trump pressured Georgia officials, said his office investigated Giuliani’s “reckless” claims about fraud in the state and found them to be “simply untrue.” 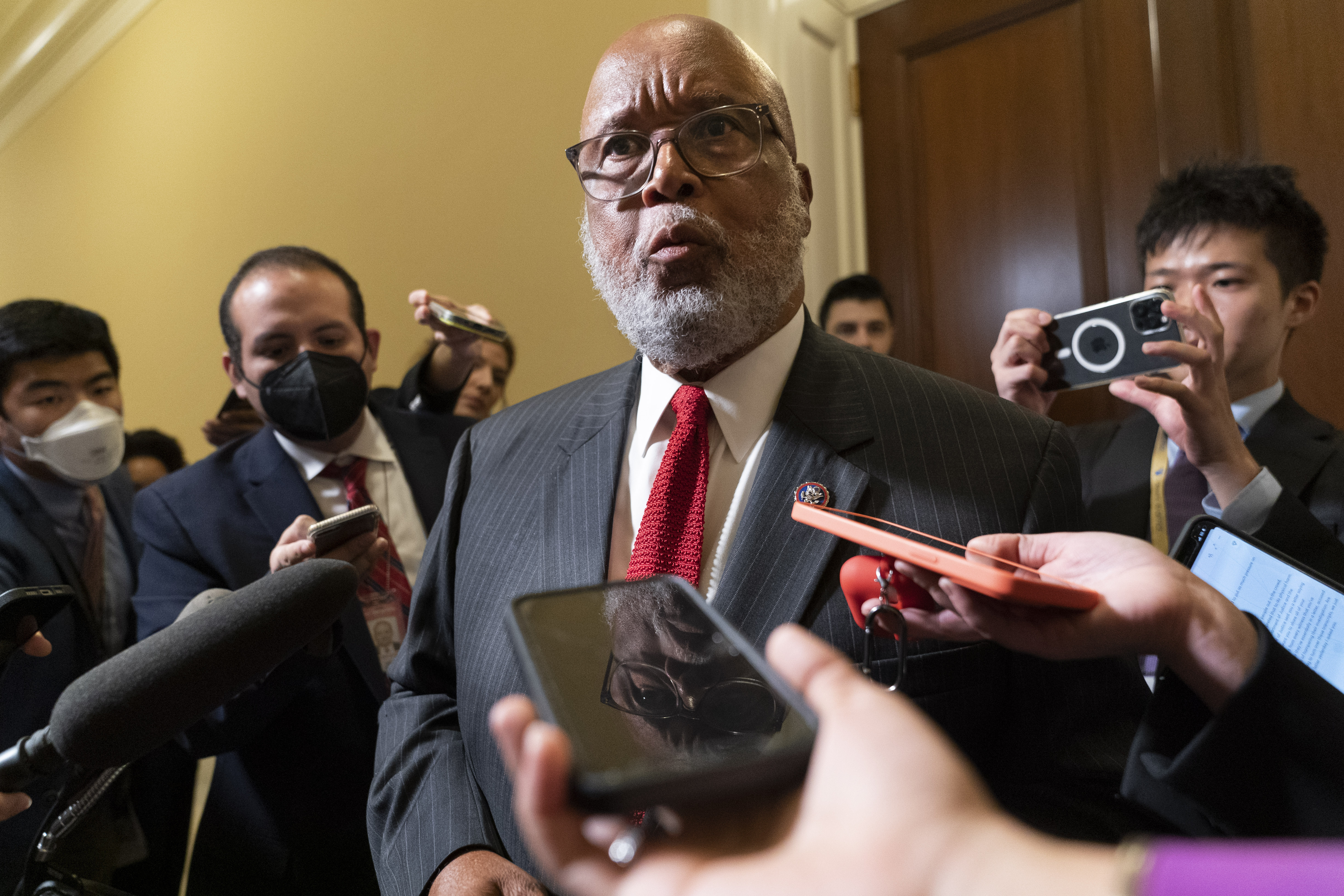 The committee has two additional hearings scheduled this month, and more are expected.

A hearing on Tuesday is expected to focus on state officials who were contacted by Trump and the White House as he tried to overturn the results.

Additional hearings will look at Trump’s pressure on the Justice Department to declare the election “corrupt” and on what was happening inside the White House as the violence unfolded.

After the hearings, the investigation will continue.

The panel expects to issue final reports by the end of the year. Investigators still haven’t said whether they will try to call Pence or Trump to testify, either privately or publicly.

The Justice Department has ramped up its own investigation, and has asked the January 6 panel to provide transcripts from its 1,000 interviews.

The committee has so far declined but said it is engaged in a “cooperative process” with the department.

“We believe accountability is important and won’t be an obstacle to the department’s prosecution,” committee spokesman Tim Mulvey said in a statement on Friday.

In a letter Wednesday, the Justice Department said the panel was complicating its investigations by not sharing,

“It is now readily apparent that the interviews the Select Committee conducted are not just potentially relevant to our overall criminal investigations, but are likely relevant to specific prosecutions that have already commended,” federal prosecutors wrote to Tim Heaphy, chief investigative counsel for the committee.

Mississippi Representative Bennie Thompson, the chairman of the January 6 panel, told reporters Thursday that lawmakers will formally respond to the prosecutors.

But, he added, “We’re not going to stop what we’re doing to share information that we’ve gotten so far with the Department of Justice.”