Ukrainians cheer win even as Russia claims a victory The European Union's decision to make Ukraine a candidate for EU membership offered war-weary Ukrainians a morale boost and hope of a more secure future on Friday as the country's military ordered its fighters to retreat from a key city in the eastern Donbas region.

Ukrainian President Volodymyr Zelenskyy hailed the decision of EU leaders as vindication for his nation's fight against Russia's aggression and said he was determined to ensure Ukraine retained the ability to decide if belonged in Europe or under Moscow's influence.

"This war began just when Ukraine declared its right to freedom. To its choice of its future. We saw it in the European Union," Zelenskyy told the nation in a televised address.

"That is why this decision of the EU is so important, motivates us and shows all this is needed not only by us."

Others recalled the 2014 revolution that ousted Ukraine's pro-Moscow president, sparked in part by his decision not to complete an association agreement with the EU. Russian President Vladimir Putin opposed that agreement, just as he demanded before he sent troops into Ukraine on February 24 that NATO never accept Ukraine as an alliance member.

Arseniy Yatsenyuk, an opposition leader who became prime minister after the revolution, expressed joy at the country's candidate status but also "bitterness" over the "terrible price that Ukraine pays for the desire to be a free, independent European state."

"Thank you to our soldiers — they won this decision," Yatsenyuk tweeted. "Ukraine is a great country that will inevitably become a member of the EU and, just as inevitably, a member of NATO." 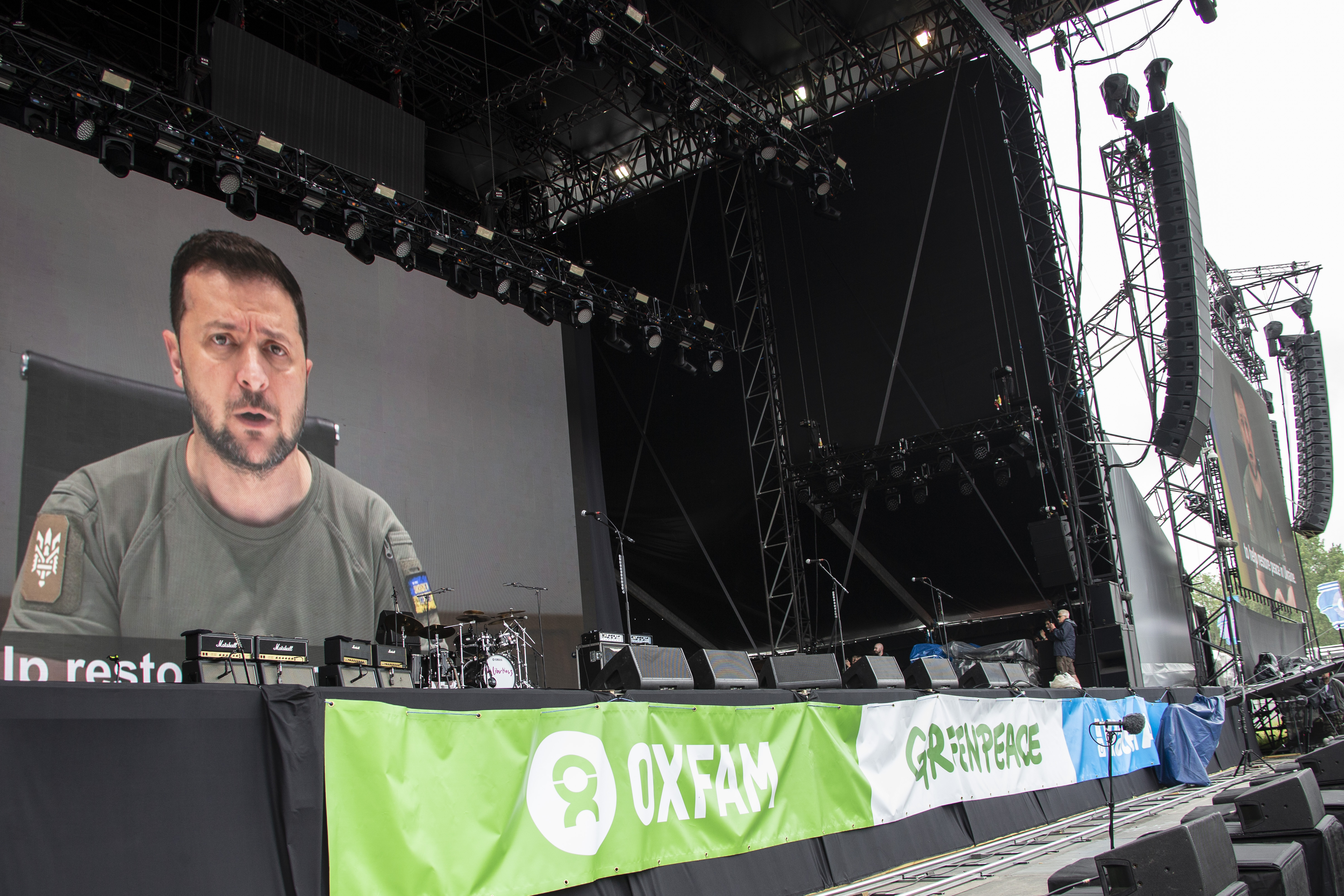 Ukraine applied for membership less than a week after Russia invaded the country and must undergo a complicated process of many months to be eligible to join the 27-nation bloc.

The EU also granted candidate status to the small nation of Moldova, another former Soviet republic that borders Ukraine and also has territory controlled by pro-Russia separatists.

Russian Foreign Minister Sergey Lavrov said the European Union – and its potential expansion – do not pose a "threat or risk" to Russia because the bloc is not a military alliance like NATO. But he said the Kremlin thinks the EU's stance and outlook have become more anti-Russian.

"We are well aware that the EU evolved over the past few years, getting an aggressive ideological background, first of all a Russophobic background," Lavrov said. 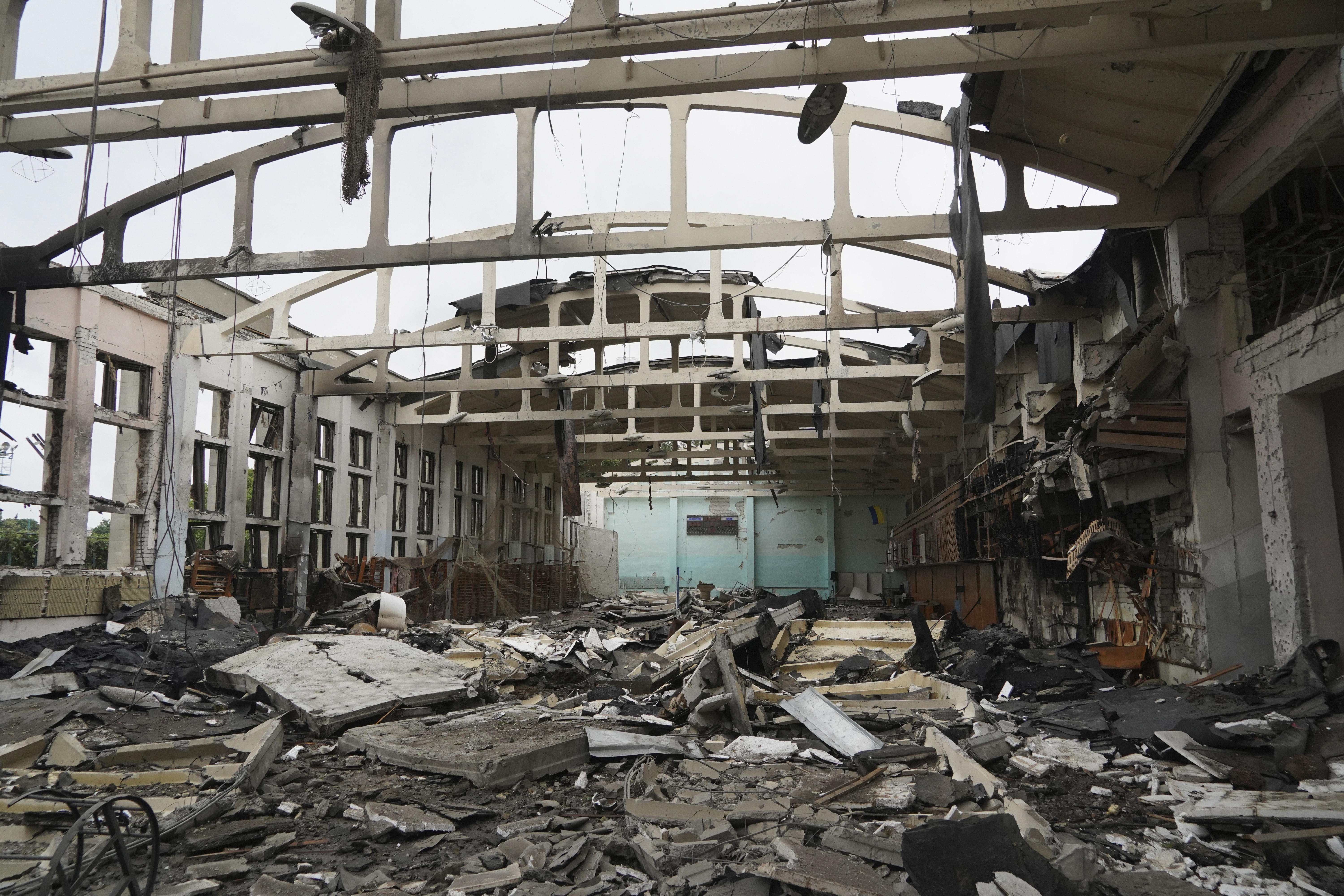 In Pokrovsk, a small town close to the four-month-old war's frontline in eastern Ukraine, few residents wanted to discuss the EU candidacy as they hurried to collect their daily aid handouts. Some of those who shared their thoughts said the decision would send a strong message to the Russians trying to seize cities and villages a few miles away.

"The next stop is NATO. There is no way back now. I was born during the USSR, but there is no return (to that)" Pokrovsk resident Valerii Terentyev said. "Ukraine wanted a different thing, and in my opinion it is the right thing."

The chairman of Ukraine's parliament said that a path toward EU membership would remind the country's soldiers that their fight is worth the hardship and won international admiration. 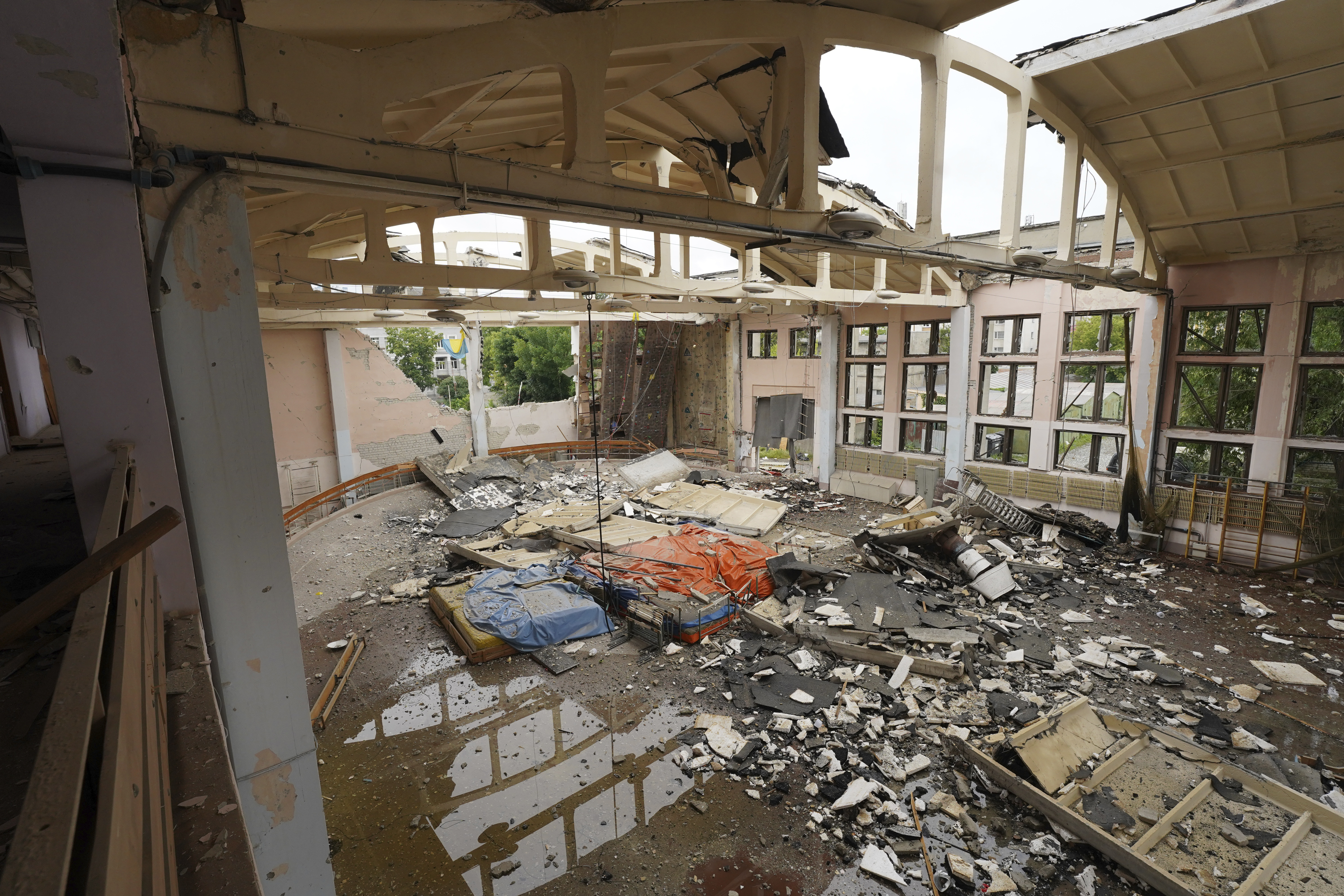 "This is a powerful political message. It will be heard by soldiers in the trenches, every family that was forced to flee the war abroad, everyone who helps bring our victory closer. But it will also be heard in the bunker," Stefanchuk said.

Encouragement aside, the reality remains that the European Union sometimes is long on words of solidarity and support but short on the kind of concerted action that might deter outside threats, even though a treaty obligates EU countries to assist a fellow member facing armed aggression.

To gain EU membership, countries must meet a detailed host of economic and political conditions, including a commitment to the rule of law and other democratic principles. The EU's executive arm has indicated that Ukraine also will have to curb entrenched corruption and adopt other government reforms. 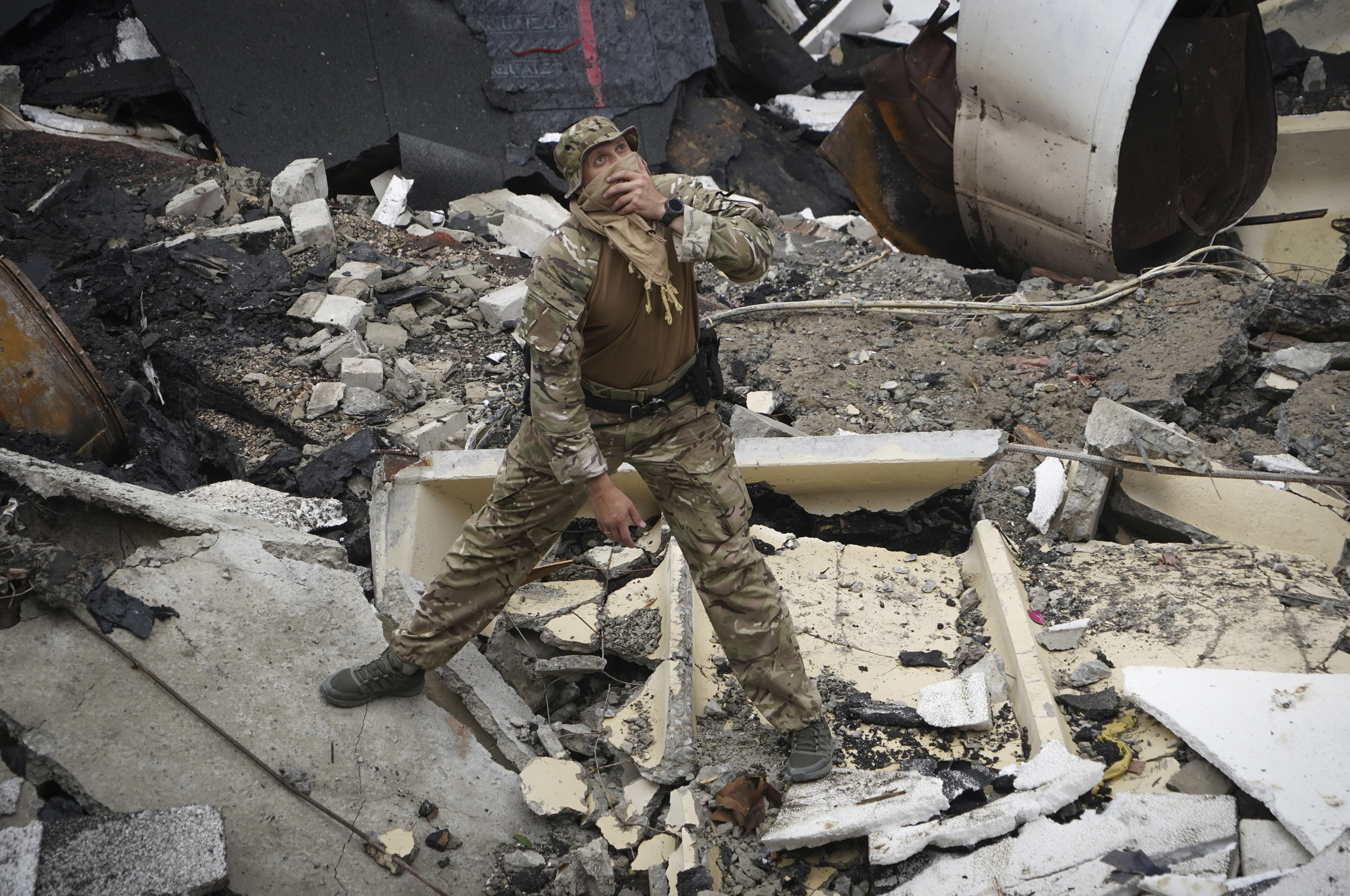 Belgian Prime Minister Alexander De Croo said the EU's embrace of Ukraine was "an important symbolic signal, but it's the beginning of the beginning."

Some Ukrainians understood that their country still has much to do in order to meet the tough membership criteria.

"We still need to grow" said Yevhen Zaitsev another Pokrovsk resident. "There is much corruption. There are a lot of lies" 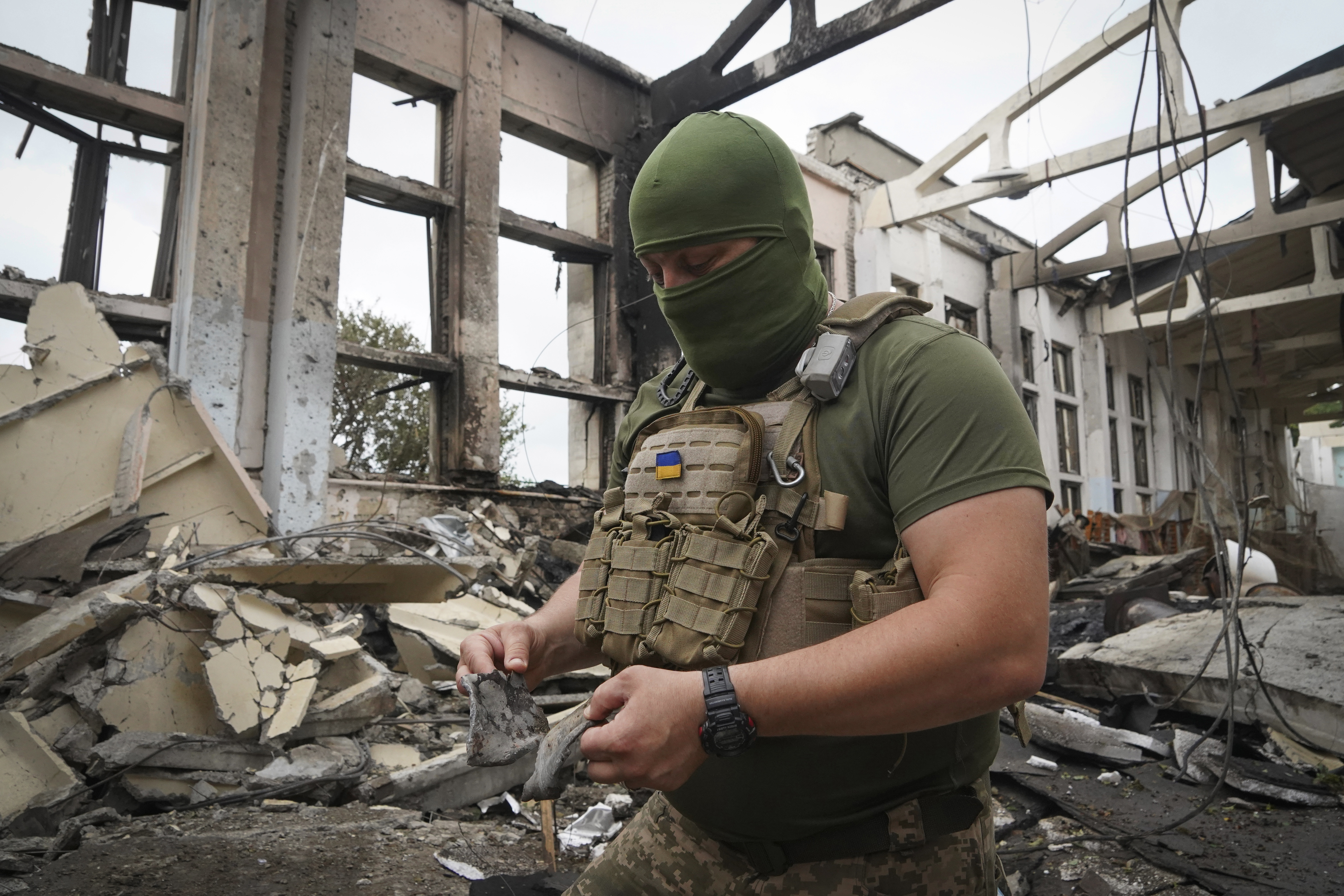 Russia claims a victory in Donbas

While the EU fast-tracked its consideration of Ukraine's application for membership, the ongoing war could complicate the country's ability to fulfil the entry criteria.

Russian forces in recent weeks have slowly advanced in their offensive to capture the Donbas region, where pro-Russia separatists have controlled much of the territory for eight years.

Ukrainian forces were ordered to retreat from the besieged city of Sievierodonetsk, one of the last Ukrainian-held areas of Luhansk province, to avoid being completely surrounded.

The city has faced relentless Russian bombardment while Ukrainian troops fought the Russians in house-to-house battles before retreating to a huge chemical factory on the city's edge. 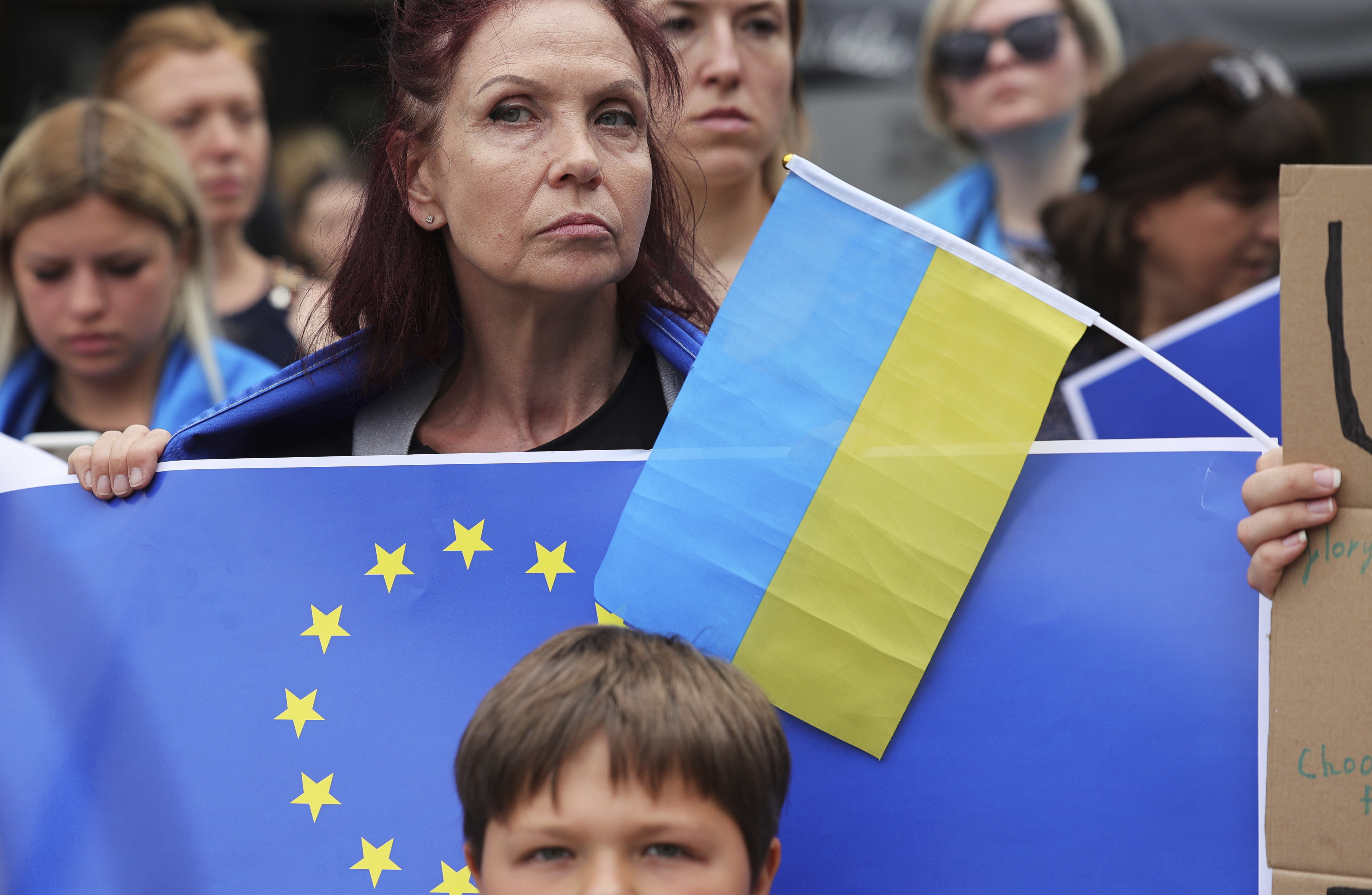 Luhansk Gov. Serhiy Haidai said the retreat order was given to prevent encirclement by Russian forces that made gains around Sievierodonetsk and the neighbouring city of Lysychansk in recent days.