Ukrainian forces could pull back from embattled eastern city

Ukrainian forces battling Russian troops in a key eastern city appeared on the cusp of retreat Wednesday, though the regional governor insisted they are still fighting "for every centimeter" of the city.

The urban battle for Sievierodonetsk testified to the painstaking, inch-by-inch advance by Russian forces as they close in on control of the entire Luhansk region, one of two that make up the industrial heartland known as the Donbas.

After a bungled attempt to overrun Kyiv in the early days of the war, Russia shifted its focus to the region of coal mines and factories.

READ MORE: At least one dead, others injured, after vehicle drives into pedestrians in Berlin

The region has been partly controlled by Russia-backed separatists for years, making supply lines shorter and allowing Moscow to tap separatist forces to back its offensive. But Russia also faces Ukraine's most battle-hardened troops, who have been fighting the separatists for eight years there.

The result is a slow slog with both sides exchanging artillery barrages that seemingly inflict heavy losses and neither appearing to have the clear momentum.

Luhansk Gov. Serhiy Haidai acknowledged the difficulties in Sievierodonetsk on Wednesday, telling The Associated Press "maybe we will have to retreat, but right now battles are ongoing in the city."

Earlier, on the Telegram messaging app, he said Ukrainian forces were fighting "for every centimeter of the city."

He indicated they could pull back to positions that are easier to defend. The city across the river, Lysychansk, sits on higher ground.

Sievierodonetsk became the administrative capital of the region after the city of Luhansk was taken by separatists in 2014. Both it and Lysychansk are wedged between Russian forces to the east, north and south, and are among a few cities and towns in Luhansk still holding out.

The Kremlin has claimed its forces hold nearly all of the Luhansk region, and about half of Donetsk region that rounds out the Donbas.

The Russian military said Wednesday that Moscow used "air-launched, high-precision missiles" to hit an armor repair plant near Kharkiv. There was no confirmation from Ukrainian officials of such a plant being hit.

On the diplomatic front, Russian Foreign Minister Sergey Lavrov held talks Wednesday with Turkish officials on a plan that could allow Ukraine to export its grain through the Black Sea to global markets amid an escalating global food crisis.

Ukraine is one of the world's largest exporters of wheat, corn and sunflower oil, but the war and a Russian blockade of its ports have halted much of that flow, endangering food supplies to many developing countries. Many of those ports are now also heavily mined.

An estimated 22 million tons of grains are sitting in silos in Ukraine. 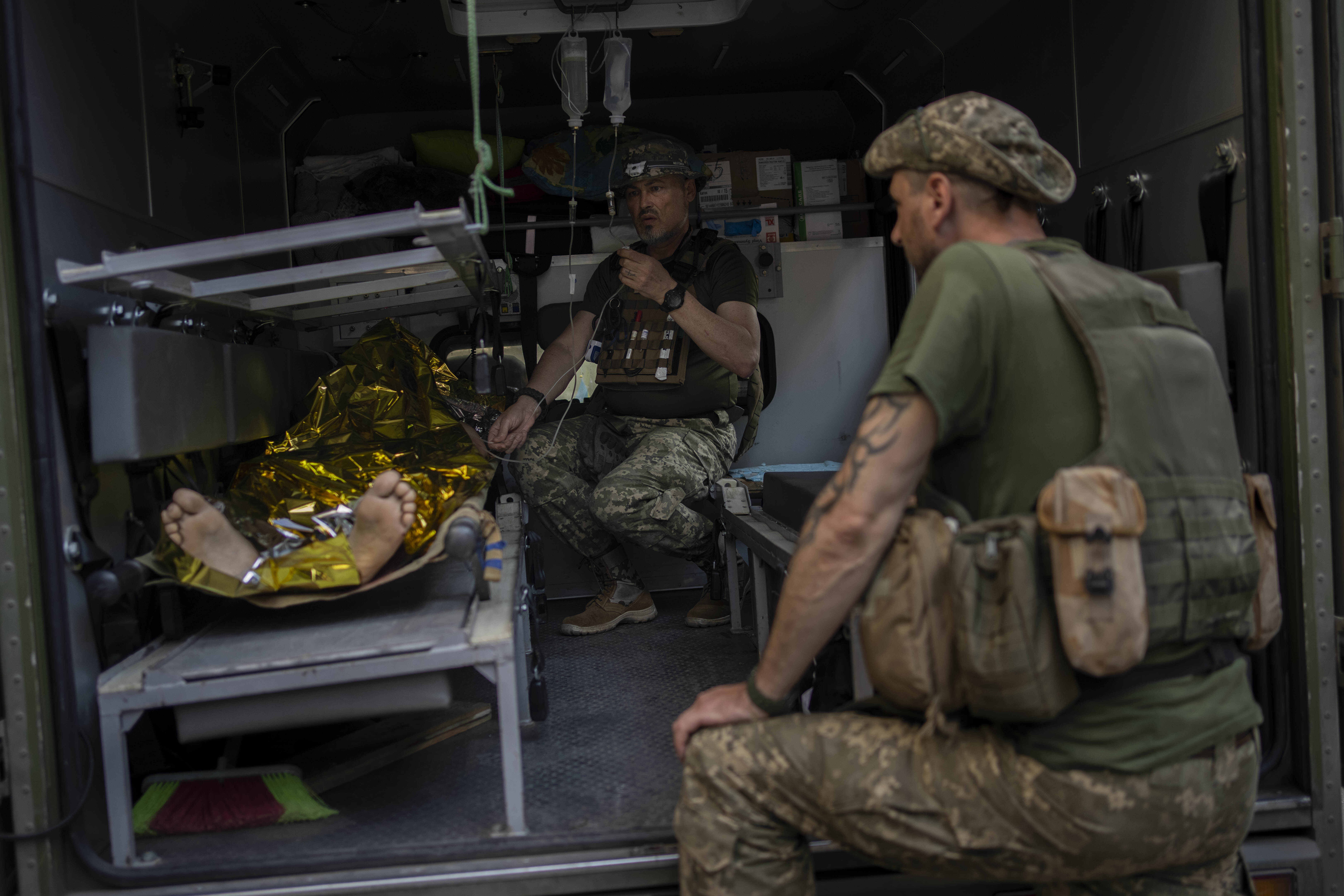 Turkey is hoping to negotiate a secure corridor, possibly overseen by the UN, for the shipment of Ukrainian grain — as well as Russian food and fertilizer.

While Russia has superior firepower, the Ukrainian defenders are entrenched and have shown the ability to counterattack.

Speaking earlier to a Financial Times conference, Zelenskyy insisted on Ukraine's need to defeat Russia on the battlefield but also said he is still open to peace talks with Russian President Vladimir Putin.

Speaking at a news conference after the talks with Lavrov, Turkish Foreign Minister Mevlut Cavusoglu said his country is "much more optimistic" that Russia and Ukraine can be persuaded to return to talks aimed at ending the war. Talks between the two sides hosted by Turkey earlier in the conflict yielded no progress.

But a former senior US intelligence officer said the time isn't right.

"You're not going to get to the negotiating table until neither side feels they have an advantage that they could push," said Andrea Kendall-Taylor of the Washington-based Center for a New American Security.

The Russians "think they will be able to take the whole of the Donbas and then might use that as the opportunity to call for negotiations," Kendall-Taylor said at an online seminar organised by Columbia and New York universities.

Ex-MP to face trial over allegations he hindered corruption investigation