Two teenage boys aged 13 and 14 have been airlifted to hospital with critical injuries after a rollover crash in south-east Queensland this morning.

Four boys, all in their early teens, had been driving in an allegedly stolen car through Oakey in Toowoomba, west of Brisbane, when the vehicle rolled on Henningsen Road near the Warrego Highway around 8.30am.

"QAS responded with three units to the scene and on arrival assessed four patients," officer in charge of Toowoomba Hospital Troy Haley said. 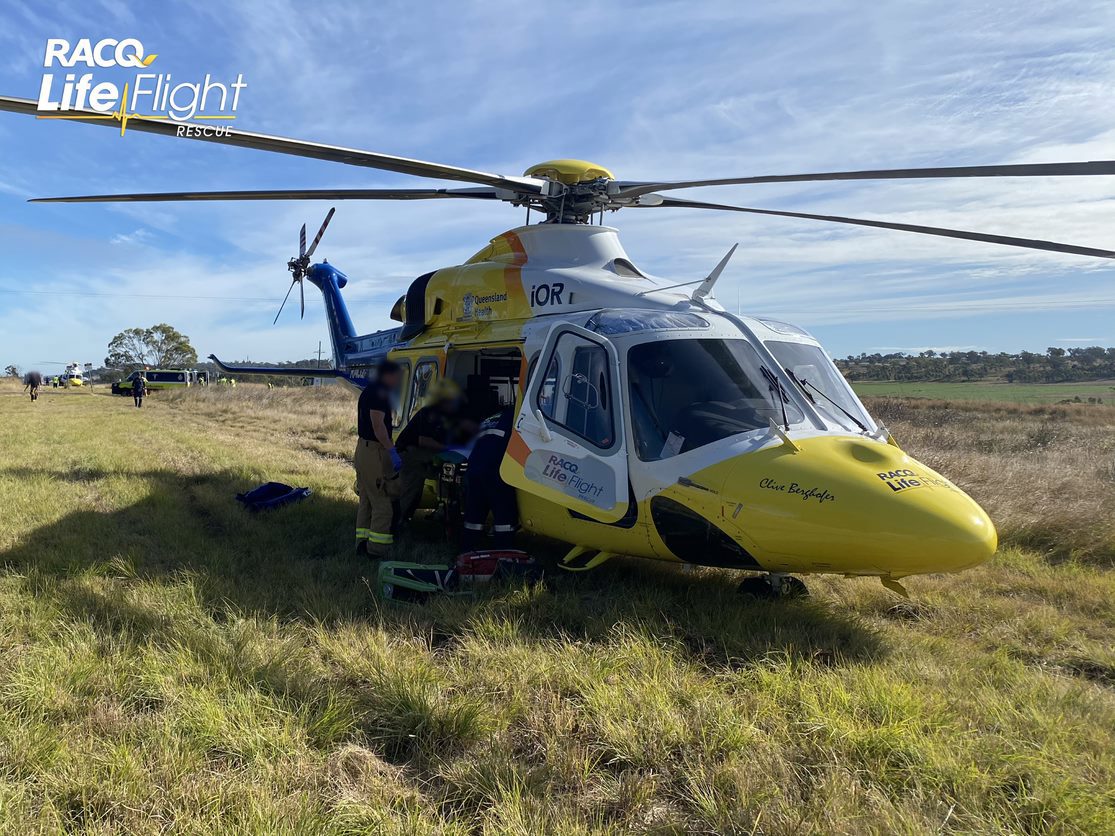 A third teen was transported by road to Toowoomba Base Hospital in a serious but stable condition with spinal, neck, pelvic and shoulder injuries.

"The other patient was left in the care of the Queensland Police Service," Haley said.

Police are still investigating the circumstances of the crash.

Anybody with information or dashcam footage are urged to come forward.