Australia is 200 years away from income equity for women, report suggests

Two men have been taken to hospital after a light plane crash-landed into a hangar at Goolwa, south of Adelaide.

The aircraft, a Jabiru J230 containing two occupants, was heading into land when it struck a tank then a hanger just after 11am today at the Goolwa airfield on Boettcher Road.

When emergency crews arrived at the scene, the pilot, a man in his 60s, had already freed himself from the vessel.

He sustained a head strike and injuries to his chest. The passenger, a man in his 30s, received a foot laceration.

Both were taken to Flinders Hospital in a stable conditions. Neither of their injuries are life threatening.

A total 20 firefighters from Goolwa, Currency Creek and Middleton CFS attended the scene to survey the damages.

READ MORE: Expert explains why cicadas have disappeared from summer this year 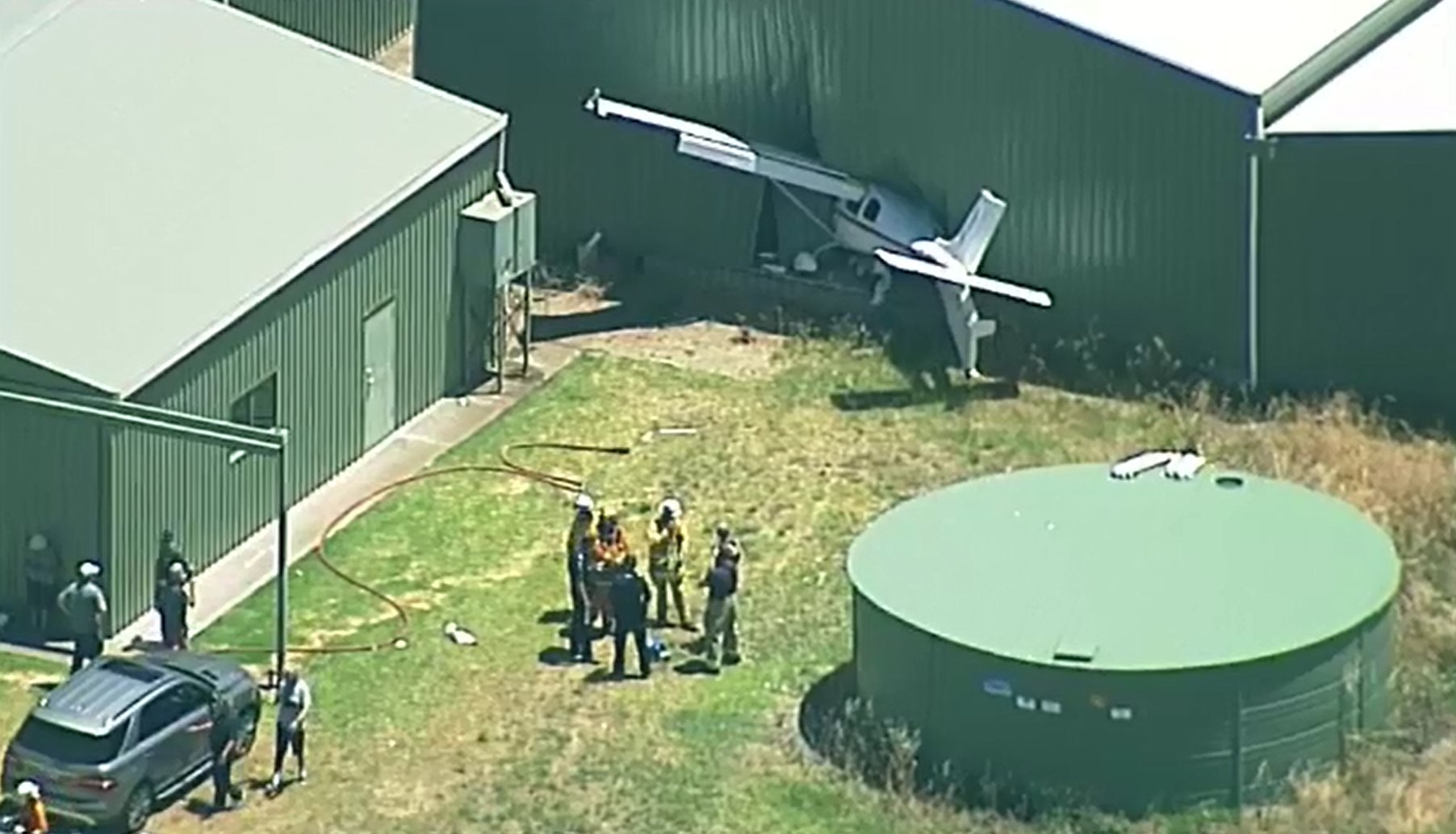 They worked quickly using foam to cover the aviation fuel spill that leaked from the wing, which ruptured when it crashed.

Aviation fuel is highly flammable and authorities were concerned it may set alight the aircraft, and possibly impact three others nearby.

SA Police say it the matter is an aviation investigation and will be investigated by Recreation Aviation Australia, or the Civil Aviation Safety Authority.

Infant who tested positive for COVID-19 dies in South Australia