Two people have died after a police pursuit ended in a car fire in Sydney overnight.

Just before 12.30am, police were patrolling Centenary Drive at Strathfield, in the city's inner west, when they tried to pull over a silver Audi.

The driver did not stop, sparking a police pursuit.

Shortly after the chase began, the car crashed on the on-ramp to the M4 at Homebush.﻿

The car had rolled onto its roof and burst into flames.

Police﻿ and members of the public tried to free the people in the car but were unsuccessful. 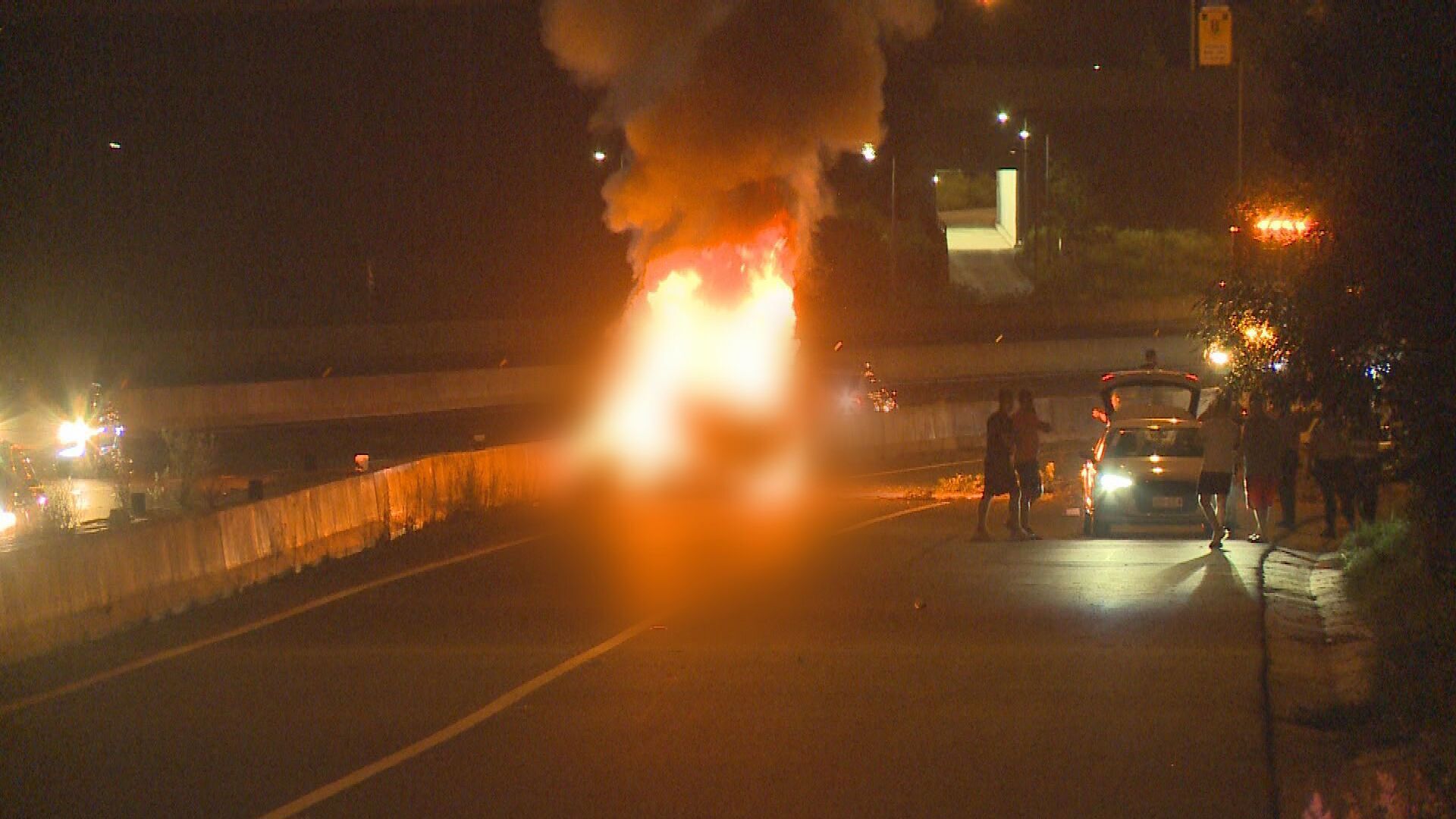 After firefighters extinguished the blaze, two bodies were found in the Audi. They are yet to be formally identified.

Some of the witnesses at the scene were treated for shock.﻿

A critical incident investigation is now underway, and will be subject to an independent review.