Two Britons, believed to be husband and wife, and a Sydney woman are among four people dead following a mid-air collision between two helicopters near Sea World on the Gold Coast.

Two other passengers, including a boy, are still fighting for life in hospital as tributes pour in for the pilot who died in the crash. A third injured passenger is in a serious condition.

The UK Foreign Office this morning confirmed it was "supporting the family of two British nationals who died in Australia and are in contact with the local authorities".

Gold Coast District Chief Superintendent Craig Hanlon said the British couple were aged 65 and 57 and believed to be husband and wife.

The fourth victim was a 36-year-old woman from Glenmore Park in Sydney, who Hanlon said was flying with family members who survived the initial impact.

Little else is known about the victims beyond the identity of the downed pilot, Ashley Jenkinson, 40, who'd been working at Sea World since 2019 and mentored friends in the aviation industry.

"It was a team effort with a group of our mates and Ash jumped on board straight away when he heard what we were doing," Taylor said.

"And because of him, we could rescue a lot of people, get a lot of food and supplies to people that otherwise would have never got them.

"It was really humbling to know that he leaves a bit of a legacy, especially with the guys and everyone in the Northern Rivers area. It was a very special thing for him to do."

Taylor said he couldn't imagine what Jenkinson's Helensvale-based family, including his one-year-old son, were going through.

"He was always there," Taylor said.

"Like I said before, he was a big guy with a big heart and a true legend that's certainly left a bit of a legacy in the aviation space." 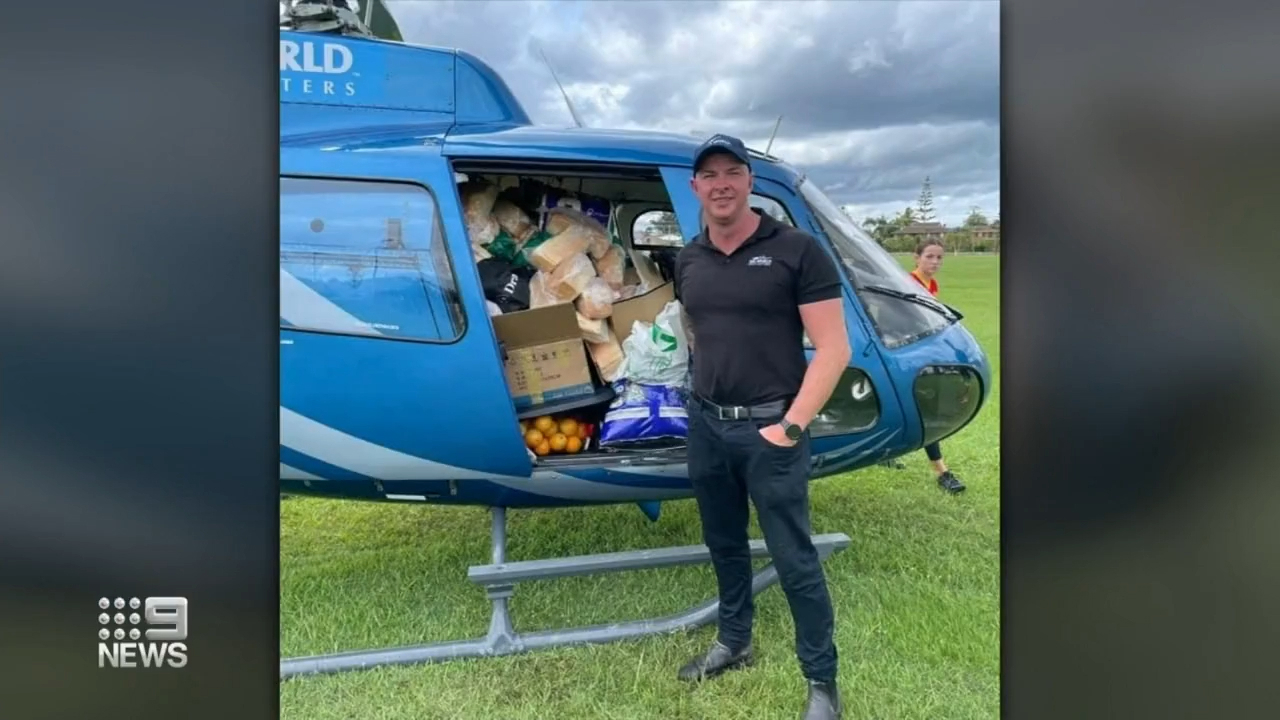 Video of the scene appeared to show Jenkinson's helicopter plummeting straight into a sand island on the Gold Coast Broadwater after the collision about 2pm (3pm AEDT) yesterday.

Aside from the pilot and four passengers who died, three passengers were rushed to hospital in a critical condition.

A Gold Coast University Hospital spokesperson told 9news.com.au one patient from the crash was still in a critical condition while another had improved to serious.

A Queensland Children's Hospital spokesperson said a boy believed to be nine years old was still in a critical condition.

Police said children aged nine and 10 were among the badly injured, along with a 33-year-old woman, who is the mother of one of the injured children.﻿ 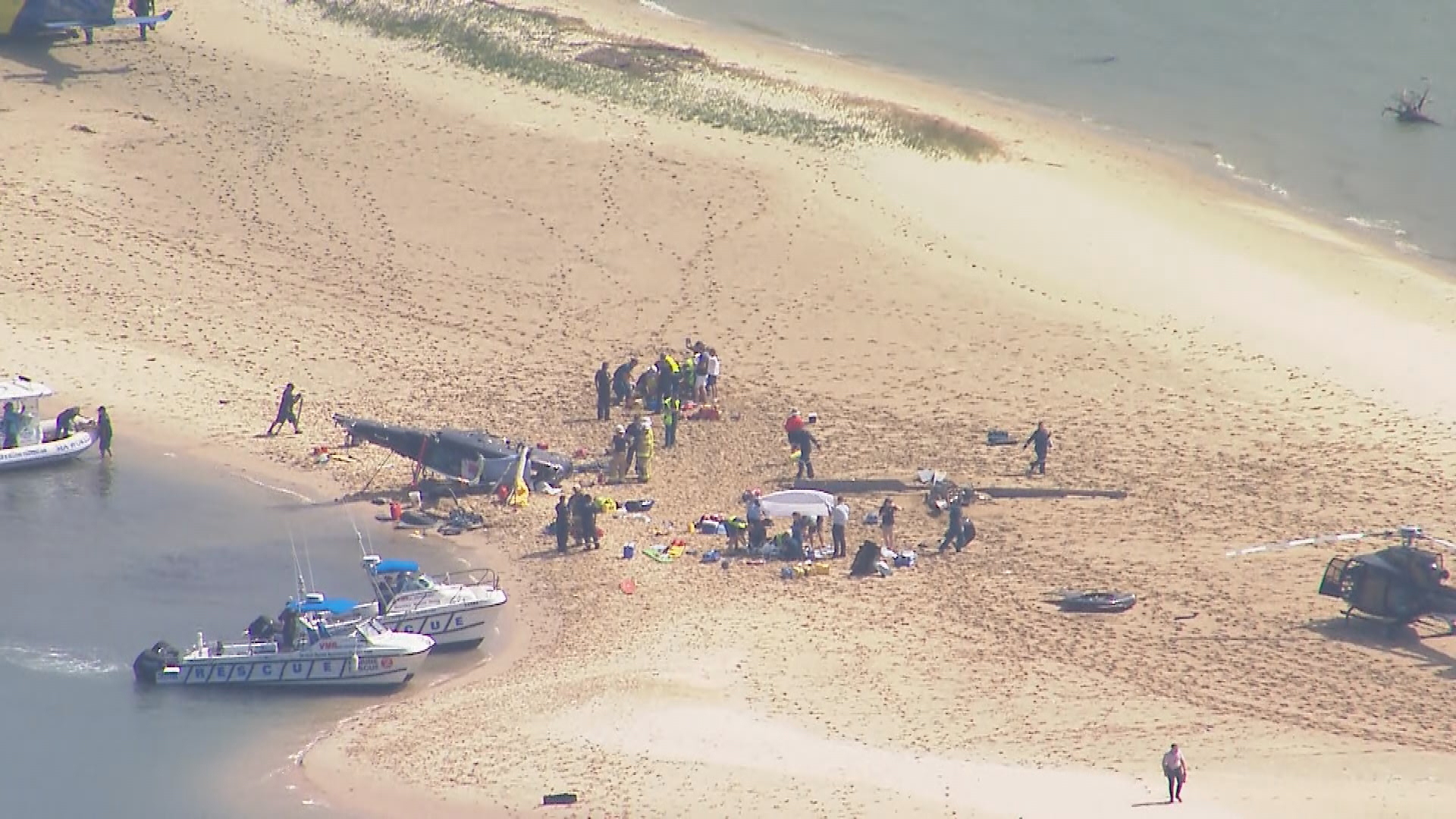 The seriously injured patients and dead were all in the same helicopter.

All six people on board the other aircraft, which managed to land safely, avoided serious injuries.

The hospital spokesperson said all had been released from hospital but police this morning said the pilot and one passenger were still receiving some treatment.

Experts from the Australian Transport Safety Bureau travelled to the Gold Coast yesterday to begin their investigations.

They were racing the tide this morning to salvage key parts of the wreckage from the sand island.﻿

A woman who witnessed the deadly crash told Today the collision brought the busy area to a standstill.

Half a million on offer to help NSW councils fix roads