Trees, parkland and an underground theatre: Inside Apple's $5b campus Apple doesn't do things by halves, it doesn't cut corners – anyone who has bought an Apple product knows this.

From the packaging to device design, there is always something special about it.

Four months before his death in 2011, legendary Apple leader Steve Jobs presented his company's plan for a huge new corporate office to the Cupertino City Council.

READ MORE: The first look at the iPhone 14, months earlier than announcement

It was a further two years before the plans were approved, and then in 2017 the building and campus opened to staff.

Apple Park, as it's known, is also often described as the "Space Ship" thanks to its huge ring shape which from the air looks like a building in the shape of a donut.

But as someone who has been fortunate to visit Apple Park many times since 2017, this is more than just an office building. Far more.

The "campus" is set on 360 acres, every single inch of it was raised for the construction, and what makes the whole area so amazing is that 80 per cent of the land is green space – landscaping.

And when I say landscaping, I mean every blade of grass was planned and planted. 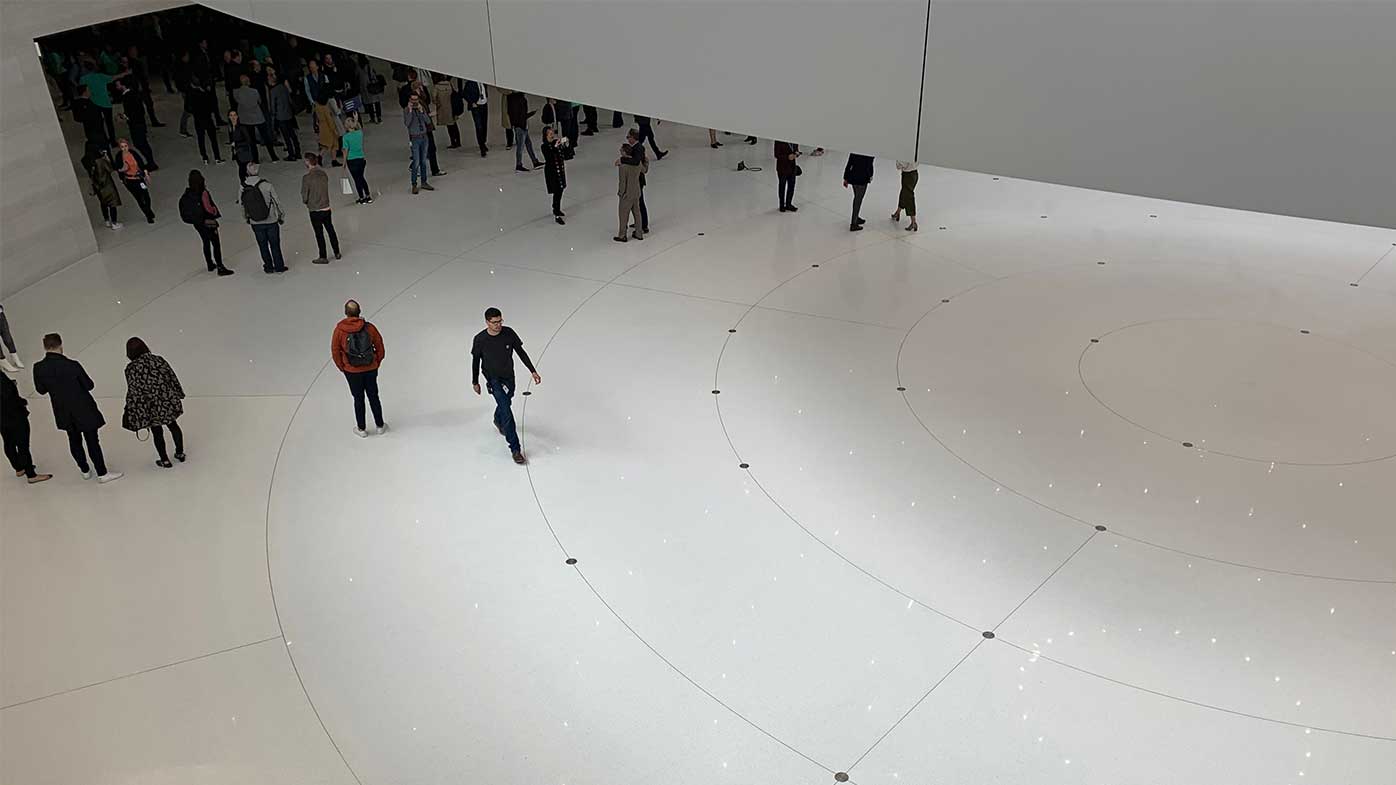 When I first visited in 2017, you could see the grass plantings, and the young trees – Oak trees, fruit trees (including some apple trees) are among the 9000 trees on the site.

Winding throughout the undulating property are pathways connecting all the different areas of the campus, from the fitness centre, to the parking garages, the main "ring" building and the Steve Jobs Theatre.

That theatre, which bears the name of the man who dreamt up this property but never got to see it – is in itself a masterpiece.

Dug underground, all that you can see from ground level is a circular roofed building with nothing but glass walls.

READ MORE: A new policy in Europe could mean big changes for your iPhone 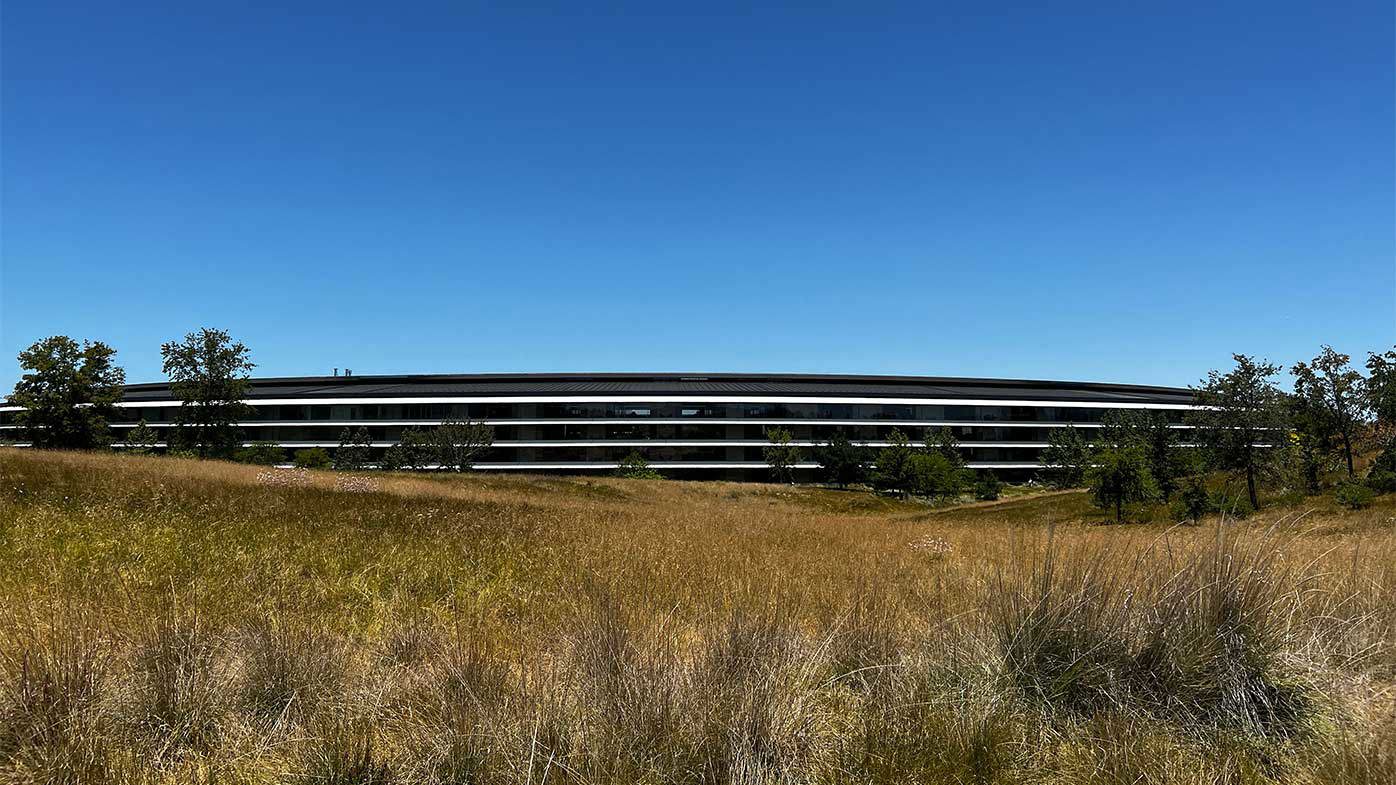 Inside, two stone staircases lead down to a large open space, and behind it the 1500-seat theatre.

Even the glass elevator is unique.

You enter facing into the building but it spins on the way down so you and the doors are facing the right direction to exit into the theatre space.

Within the "ring" building is a huge courtyard with lush grass, trees, a pond and a cafe.

Heck, there are even sports fields out near the fitness centre.

Even the doors are spectacular: at the main cafe, the two doors aren't just sliding doors, they are 16 metres high, 28 metres wide and weigh 180 tonnes each.

Curved, the slide open to bring the fresh day air into the employee cafe known as Cafe Macs. 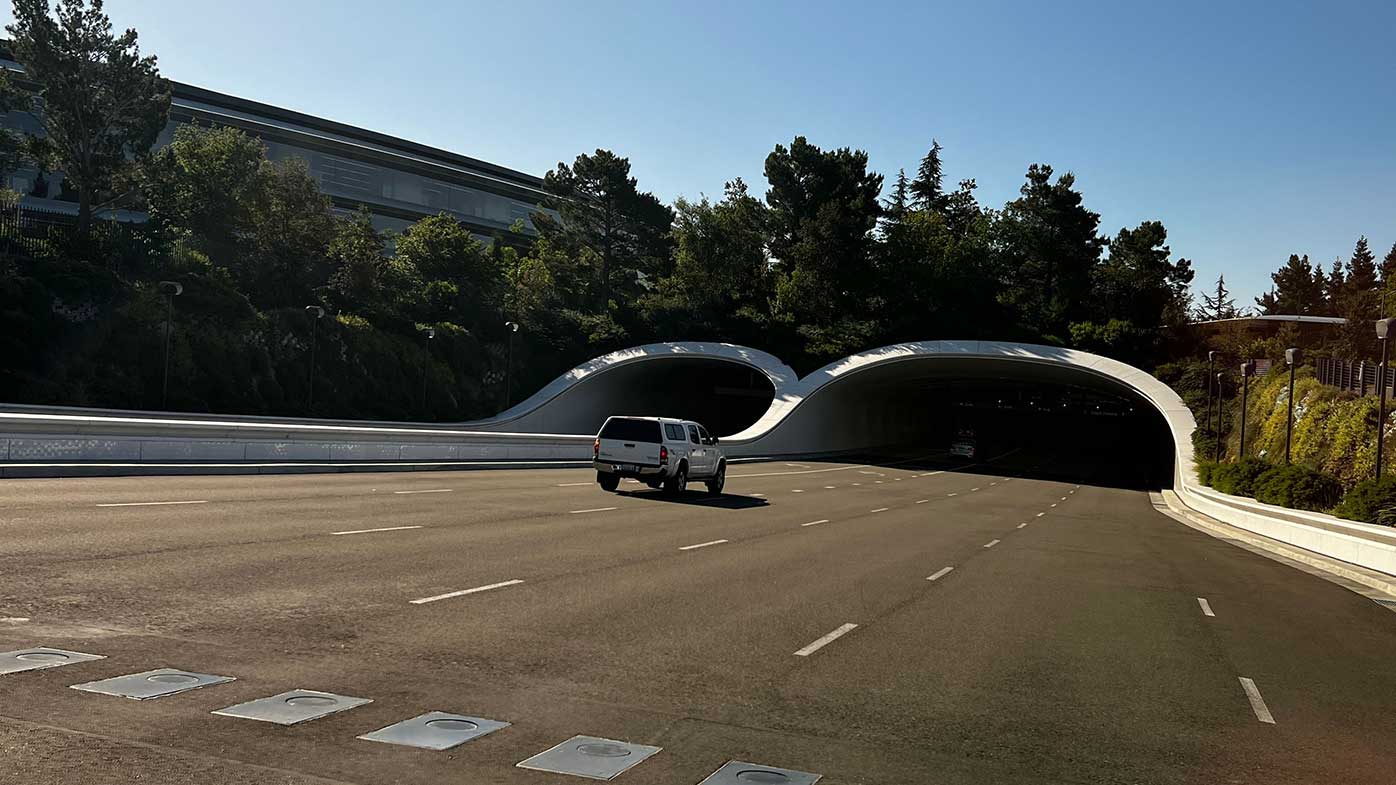 Trees inside, just like many Apple retail stores, and a clean fresh glass meets wood and open space design are key traits of the entire building.

It really is a work of art, a special place to see and visit.

Visitors can see a glimpse of Apple Park from the Apple Park Visitors Centre across the road from the main building.