Thousands of music festival-goers have spent hours stuck in bumper-to-bumper traffic after an event in Victoria.

Music fans at Beyond the Valley were waiting in their cars for more than seven hours just to exit the campsite in Barunah Plains, just outside of Geelong, in temperatures as high as 37C.

"We got in the car at 9.20am and have been in the car ever since," one motorist said.

In a social media post, a Beyond the Valley spokesperson apologised for the traffic delays after the event, which features acts including Flight Facilities and Nelly Futardo.

"We are experiencing traffic delays getting out of the festival today due to ﻿the influx of cars exiting the festival as well as general holiday traffic on the roads," they said.

"﻿We sincerely apologise for the delays and inconvenience caused. Please bear with us as our staff with support the process."

The spokesperson said ﻿volunteers would be providing water and food for people stuck in the traffic.

"Our team have buggies doing water drops at cars. We have ample water tanks around the site to fill up bottles as well tanks of water available at info hubs," the spokesperson said. 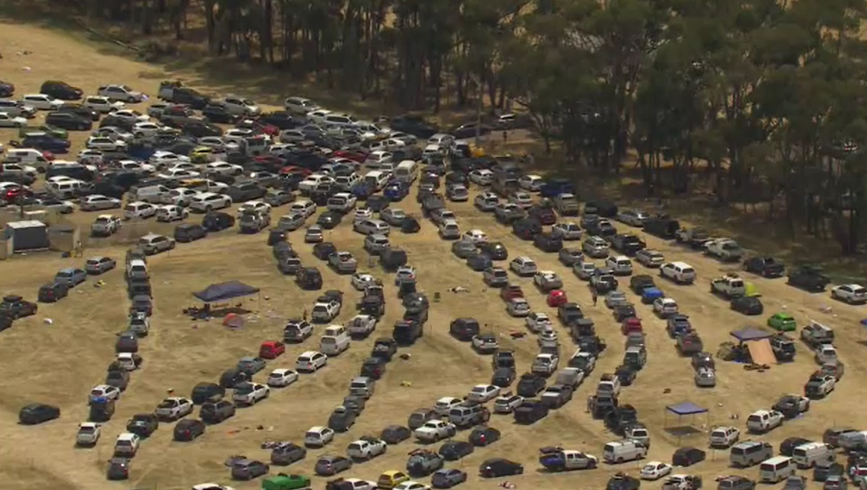 "There is plenty of shade around site should you choose to wait until the traffic eases as well as food options available.

"We understand this process is not pleasant in the heat. Our priority is to get everyone home safely."

Suspect in the US student killings returned home for the holidays