Two thieves have been caught on camera using an angle grinder to slice their way into a coin container at a car wash.

The frustrated owners of the Adelaide car wash say the men got just $20 – but caused thousands of dollars of damage.

The hooded duo were seen cycling through Carwash Kings at Frewville, before pulling out an angle grinder and slicing into the coin operated vacuums.

The machinery was then swapped for a pair of pliers by one man, as the other kept an eye on him and a lookout for others.

The pair finally resorted to brute force to rip the machine open and get to the coin box inside.

He called the theft "ridiculous".

"They went through six locks, before they got to the coins, and the coin machine has a lock on it itself, so it's seven locks that they've cut through," he said.

"They've actually come prepared (with a) backpack with a power tool." 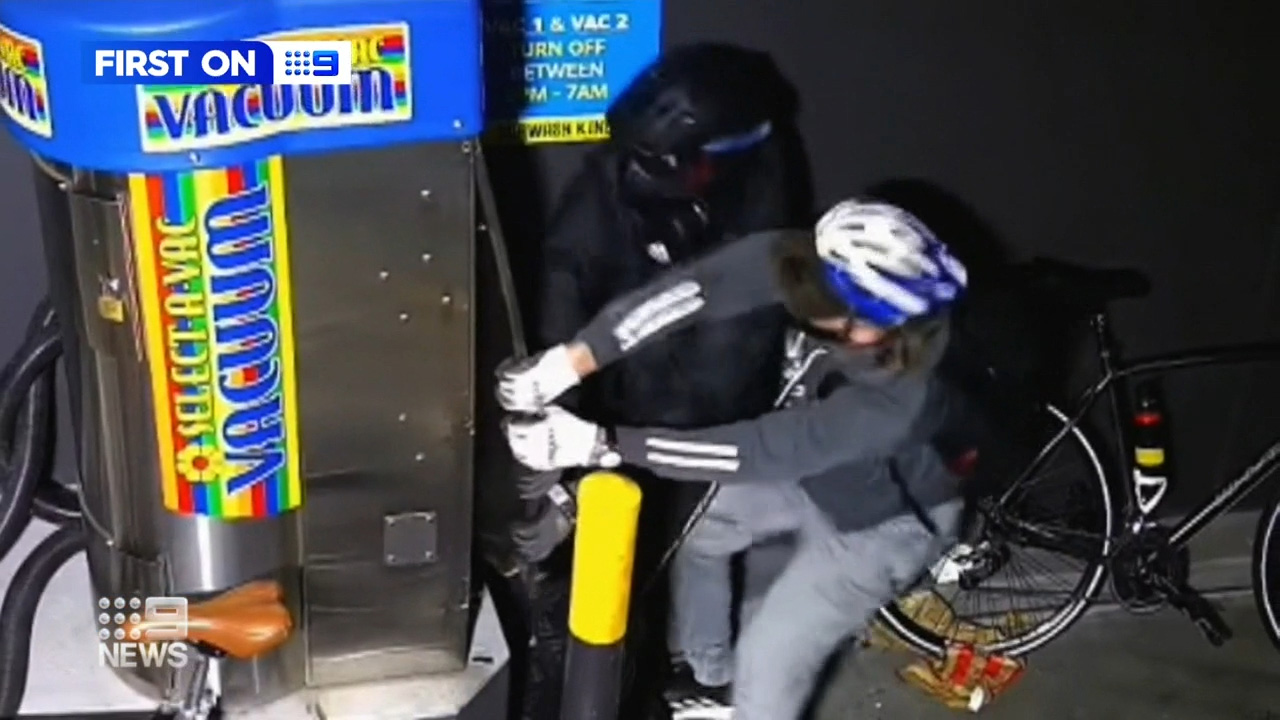 The coins inside amounted to $20 while to repair the damage will cost as much as $6000.

The CCTV was captured in the early hours of last Saturday.

Police want to hear from anyone who can help.