T﻿wo men have been caught on CCTV footage allegedly stealing two electronic bikes from a home in Goodwood, Adelaide in broad daylight on Wednesday, 18 January.

Thanks to a HD camera, two men can be seen in crystal clear clarity in the footage, as they look inside the house before allegedly cutting off bike locks with a hand saw and walking away with them. ﻿

One 48-year-old suspect was arrested by police this morning, while a second remains at large.

Police have not yet found the bikes.

Experts say that a bike lock might not be enough to deter thieves as more motorbikes and e-bikes make their way through South Australia on the Tour Down Under.﻿

"E-bikes are a lot of money but they've done everything as they (the owners) should have, they had their bikes locked up", said Brett Gillett from Bicycle SA. 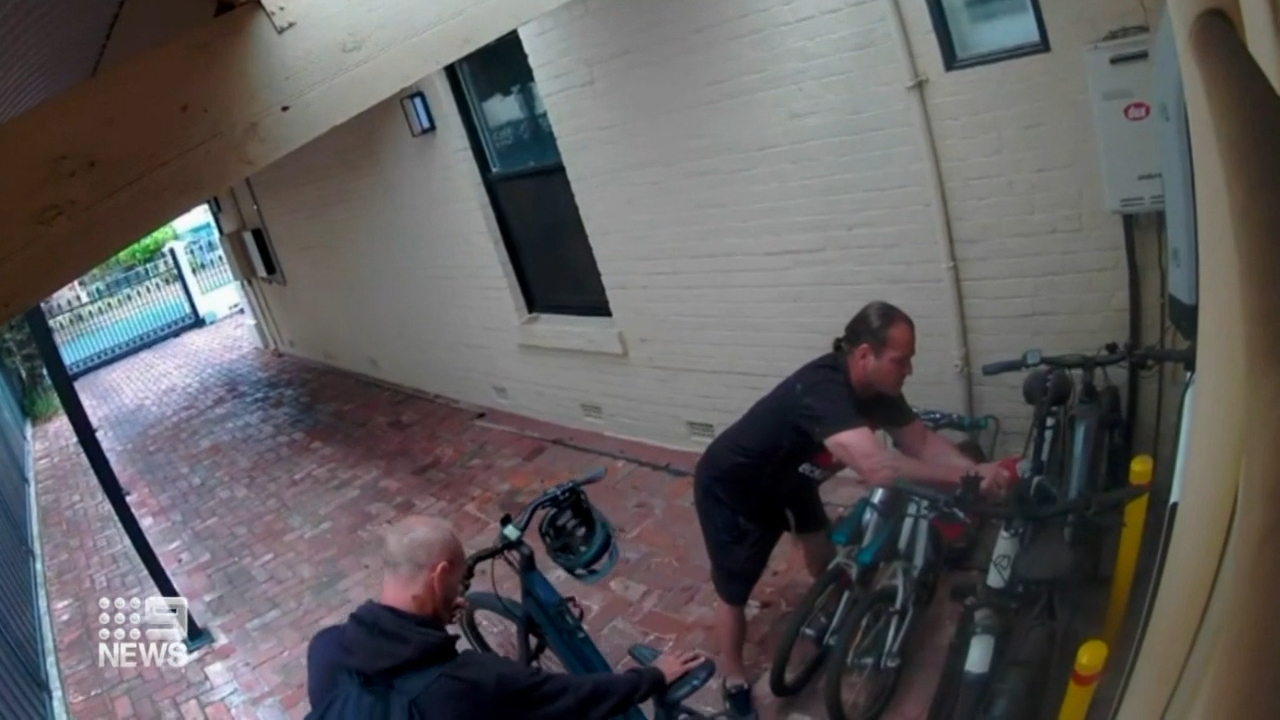 ﻿"Keep them behind closed doors preferably, where thieves can't be tempted.

"It ﻿might include removing your accessories from the bike, taking your helmet away just anything that may stop people or deter people from approaching the bike."

The increasing popularity of ﻿e-bikes means increased interest from thieves, so owners are warned to stay vigilant.

Father lucky to be alive after car smashes into bedroom