The reason why museums are rebranding ancient Egyptian remains They are among the most popular exhibits in museums worldwide, with a name so resonant, blockbuster films have been built on it.

But some museums in Britain are now using words other than "mummy" to describe their displays of ancient Egyptian human remains.

Instead, they are starting to adopt terms such as "mummified person" or to use the individual's name to emphasise that they were once living people.

READ MORE: Supermarket prices up 9.2 per cent in final months of 2022

Using different language to describe these human remains can also distance them from the depiction of mummies in popular culture, which has tended to "undermine their humanity" through "legends about the mummy's curse" and by portraying them as "supernatural monsters," Jo Anderson, assistant keeper of archaeology at the Great North Museum: Hancock in Newcastle, northeast England, wrote in a blog posted in May 2021 that outlined her museum's language change.

Although the field "has been looking at the most appropriate way of displaying human remains for about 30 years…in terms of the use of the word 'mummy,' I think that's been more recent," Daniel Antoine, keeper of the department for Egypt and Sudan at London's British Museum, told CNN.

"We have human remains from around the world, and we may vary the terminology we use depending on, how they've been preserved," he said.

Using the term "mummified remains" can encourage visitors to think of the individual who once lived, the museums told CNN.

Initial findings from visitor research into the Great North Museum: Hancock's display of the mummified Egyptian woman known as Irtyru found that many visitors "did not recognise that she was a real person," museum manager Adam Goldwater told CNN in a statement. 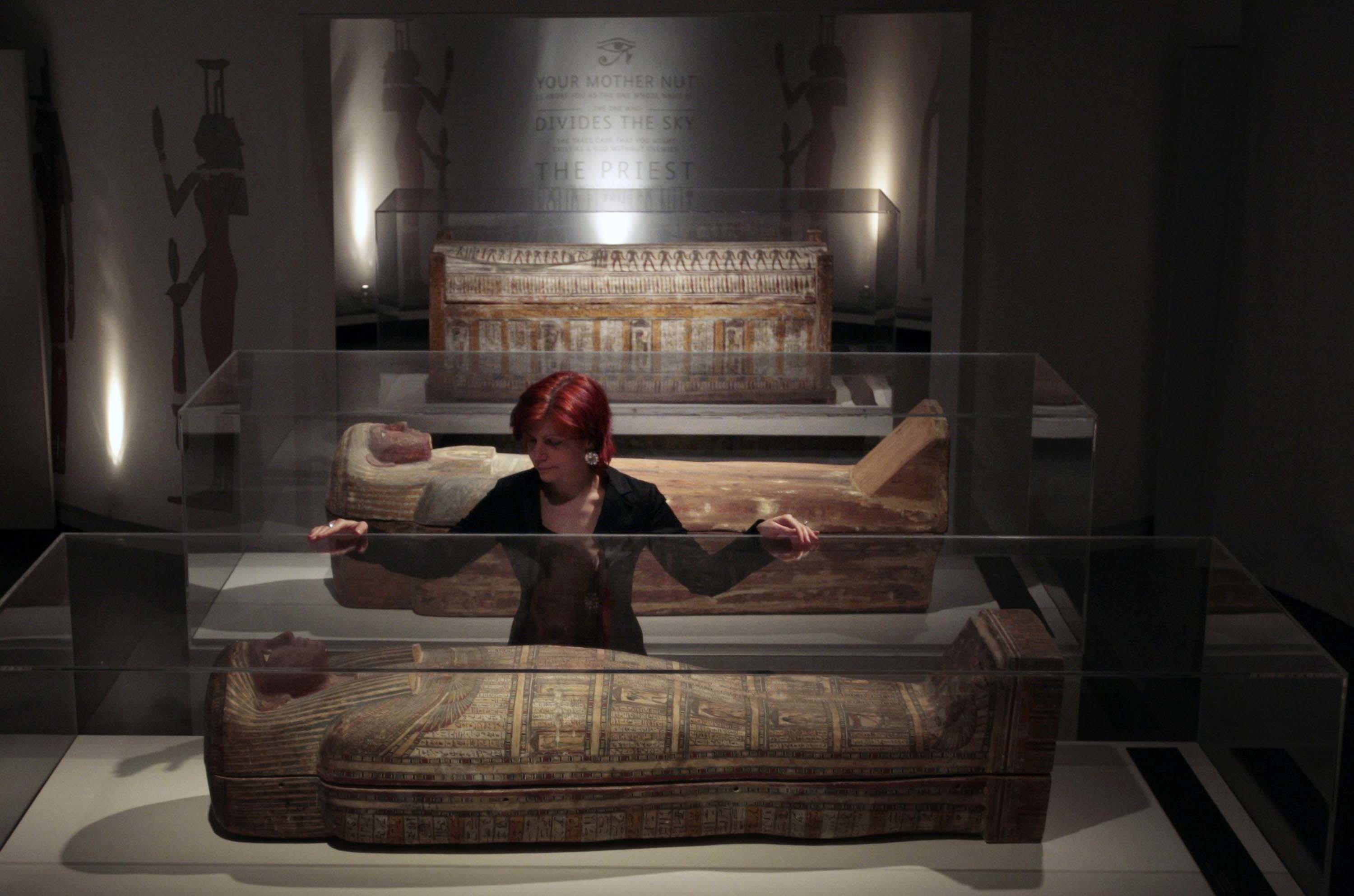 By "displaying her more sensitively," Goldwater added, "we hope our visitors will see her remains for what they really are, not an object of curiosity, but a real human who was once alive and had a very specific belief about how her body should be treated after death."

The museums vary in their approach to the word "mummy."

The British Museum told CNN in a statement that it "hasn't banned the use of the term 'mummy' and it is still in use across our galleries."

However, it added, "our recent displays used the term 'mummified remains of…' and include the name (when known) of the person who has been mummified…[to emphasise] that mummified remains are of people who once lived."

Meanwhile, a spokesperson for the National Museum of Scotland in Edinburgh told CNN that the "term 'mummy' is modern, rather than ancient," and that it uses it more as a "descriptive adjective for objects; the terms 'mummy mask,' 'mummy case' and 'mummy bandage' are all used on our labels."

"Like many museums, important aspects of our collections and the way that we display them have been shaped by imperial and colonial thinking and actions that were based on racial and racist understandings of the world," the spokesperson added.

"In response, we are reflecting on how we represent imperial and colonial pasts to our audiences. In our galleries, we are making changes to displays and labels to address historical bias."

For example, the spokesperson said, the museum is altering the panel accompanying a mummified man to focus on "how ancient Egypt was co-opted into the idea of 'Western civilisation,' disconnecting Egypt's ancient heritage from modern Egypt."

The panel previously described how British colonial official Sir Colin Scott Moncrieff brought the remains back after working on dam-building projects on the Nile.