If your kids succumb to a the bouncy lure of a trampoline – and who can blame them if they do – they're better off doing it at home, research has shown.

Researchers gathered trampoline injury data from around the world, including Australia, and the results, published today in Injury Prevention journal, showed a trend to worse injuries taking place in trampoline centres.

Kids who use trampolines at play centres are more likely to be seriously injured and need hospitalisation than those who trampoline at home.

The beloved childhood toy accounts for nearly 100,000 emergency room visits by children every year in the US, while trampoline injuries explain half of all emergency admissions among under-14s in the UK.

Similarly, in Australia trampoline injuries were responsible for 1500 children being admitted to hospital every year between 2002 and 2011.

The analysis revealed a different pattern of injuries sustained at commercial centres and at home, and that children who used trampoline centres tended to be older than those trampolining at home.

There was no difference in the risk of head, face, or trunk injuries, dislocated joints, broken bones, or spinal injuries between the two locations. 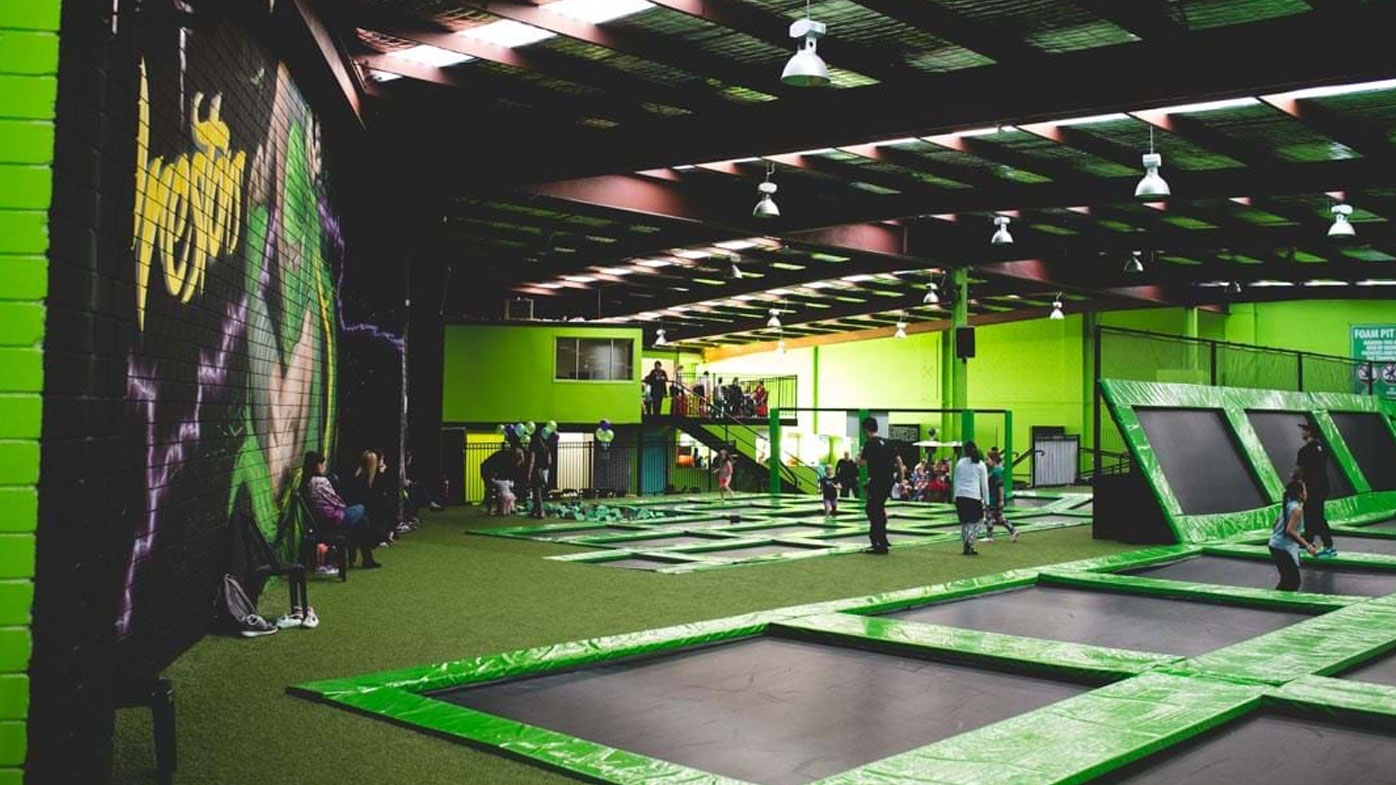 Kids using trampolining centres were more than twice as likely to sustain orthopaedic and musculoskeletal injuries as kids trampolining at home. Leg injuries were three times as common.

"The higher tensile strength used in commercial trampoline centres may produce a harder bounce which amplifies the loading in bones and ligaments," the researchers said.

While there was no difference in the risk of hospital admission after a trampoline injury at either location, the need for surgery was nearly twice as high for injuries sustained at a trampoline centre.

A higher risk of injuries was observed in older children and teenagers at trampoline centres. This may reflect higher rates of risk-taking behaviours in pre-teens and teens.

And age limit restrictions or greater levels of supervision may explain lower rates of injury among children under the age of six at trampoline centres.

However, trampoline centres recorded 52 per cent fewer arm injuries, cuts, and concussions, which the researchers attributed to the protective padding.

After such meticulous detailing of all the dangers a quick jump can bring, the researchers also grimly revealed safety guidelines for trampoline centres were not legislated anywhere in the world.

"Most trampoline centres only demand a user's injury liability waiver before admission, and the current AAP (American Academy of Pediatrics) policy statement on trampolines does not include trampoline centres because of the lack of data regarding the safety of these recreational venues."

While AAP policy discourages backflips and somersaults in the home setting due to reported deaths and spinal cord injuries, many commercial trampoline franchises don't have these rules, they noted.

"Considering the rapid global expansion of the commercial trampoline industry in the last decade, the increasing injury rates, and the cost to health systems, the development and implementation of evidence based safety standards and preventative strategies and public awareness campaigns are urgently required," the researchers said.