If there's one thing every good beach metal detectorist knows it's this – cold water shrinks fingers.

It's also a fact that many people will wear rings worth tens of thousands of dollars into the surf without a second thought.

"You would not believe how much jewellery is sitting offshore. There are thousands of rings – all of them just lying there waiting to be found."

Preston runs the Facebook group "Gold Coast Treasure Hunters", which has surged in popularity recently along with the hobby, off the back of hit TV shows such as "Aussie Gold Hunters" and Netflix's "Detectorists".

The Gold Coast grandmother also has her own metal-detecting recovery service, through which she has reunited more than a few sparkling diamond rings with their rightful owners.

It's not just rings that go missing, either. There are countless sets of keys and mobile phones to recover. Sometimes, Preston is called out for more unusual requests, such as tracking down a loved one's lost ashes. 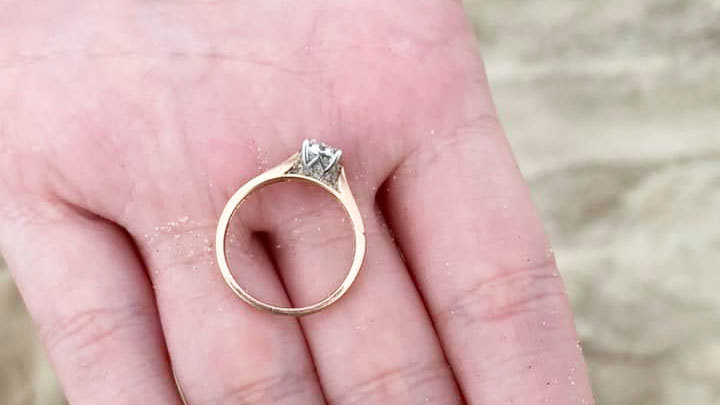 "There is nothing like giving somebody something back that's really sentimental to them, I love it," Preston said.

Of course, not everything can be solved, and some mysteries remain elusive.

That's been the case for a romantic green jade pendant Preston found in rural NSW at Rukenvale, near the Queensland border, three years ago.

The "love token" dates back more than 75 years, and is inscribed with the words, 'New Guinea 1945…To Lucy, Love Len." 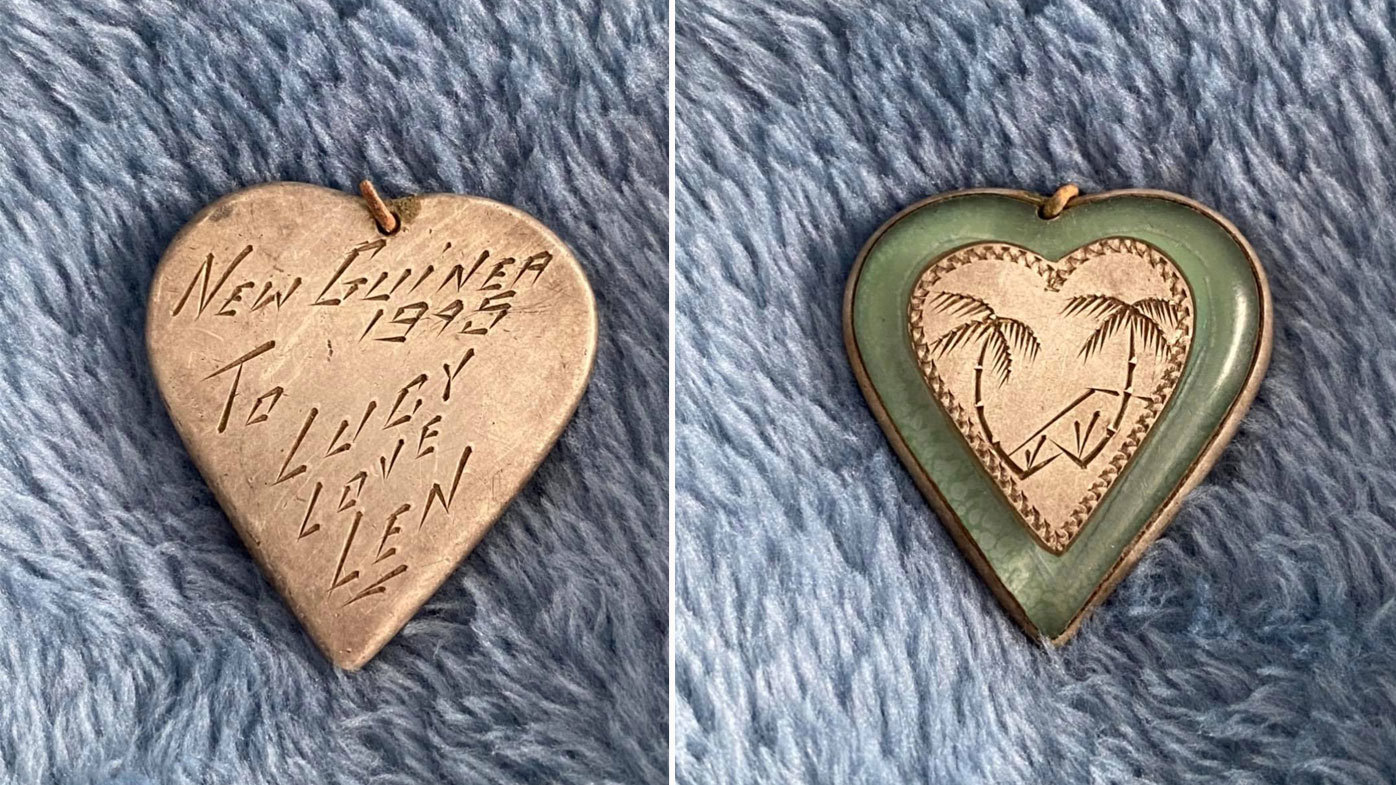 Preston said she was still searching for the owner and would love to give it back one day.

One such haunting item is a box of burnt war medals Preston unearthed on the beach at Surfers Paradise in September last year.

"I read that some Australian soldiers burnt their medals when they pulled out of Afghanistan, in disgust over what happened," Preston said. 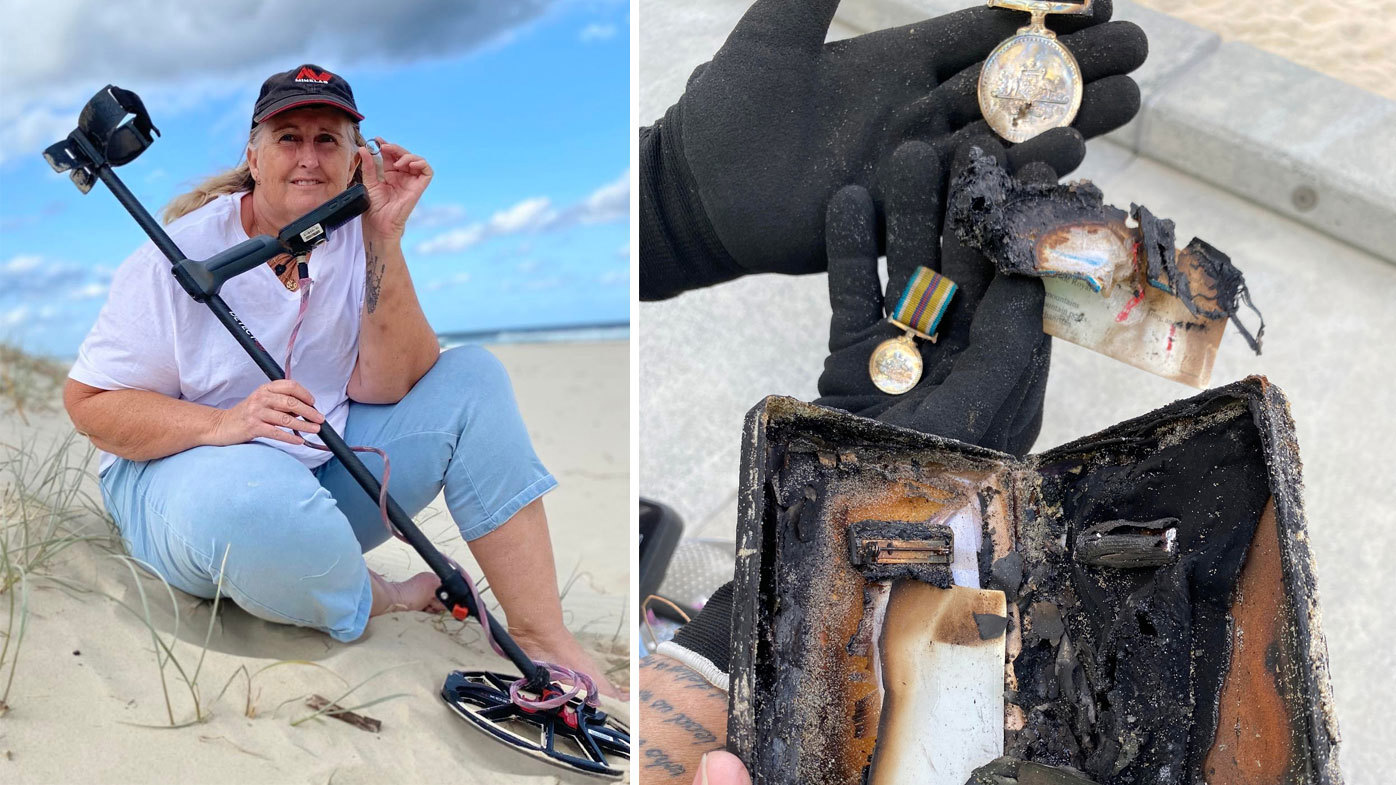 "It's just devastating to think this soldier sat there in that same spot and set fire to his medals.

"It's the saddest find I've ever had for sure."

Preston handed the medals in to police who promised to conduct a welfare check on the soldier.

Preston commonly hands items she finds in to police, not in the least because it's the law.

There is no such thing as "finder's keepers" in Australia.

"A lot of people don't realise that if you find anything worth more than $100 you have to hand that in to the police," Preston said.

"If you keep or sell it, it's called theft by finding and it's a chargeable offence." 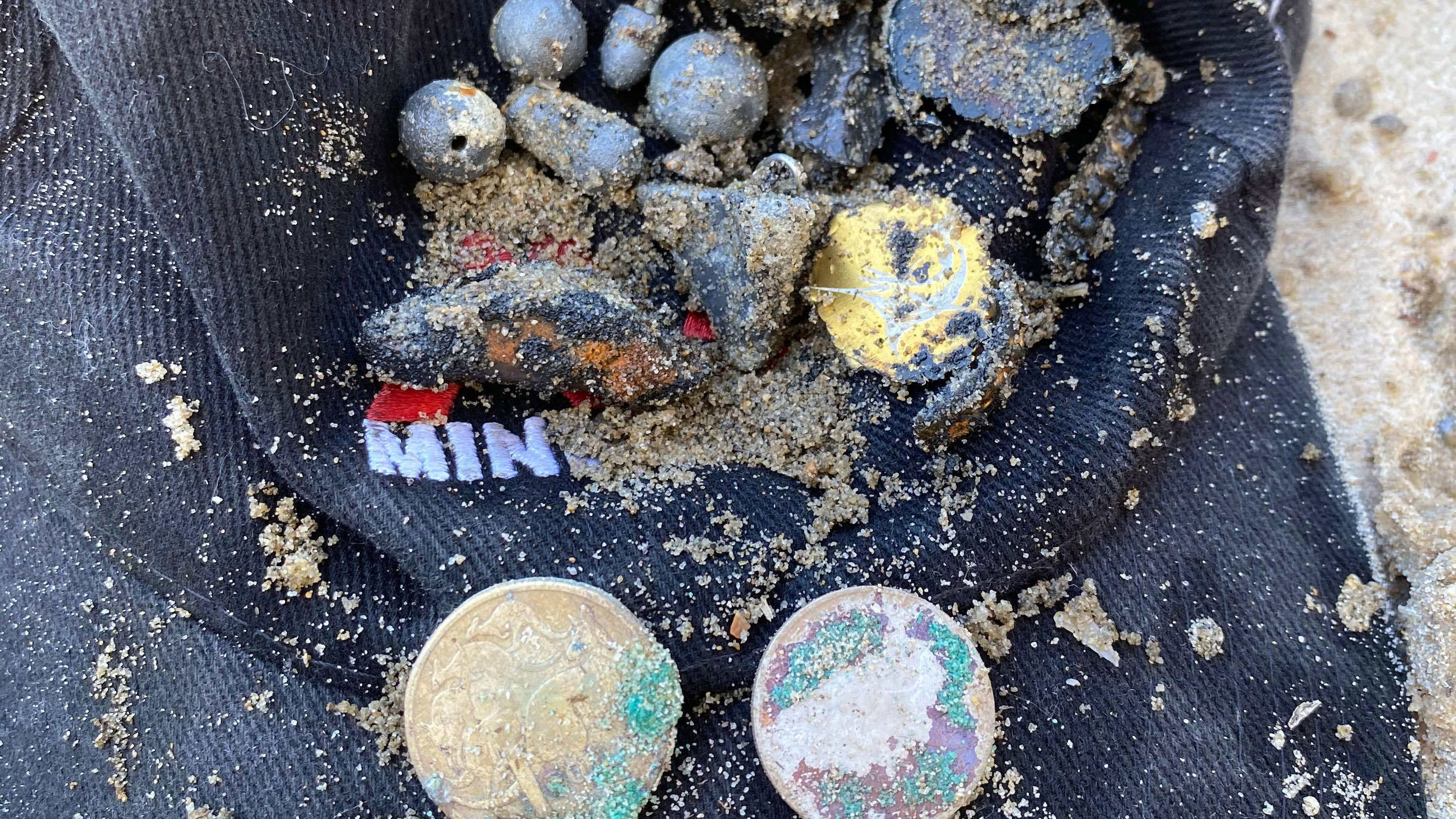 However, if the item is not claimed within 60 days, the person who found it can collect and keep it.

Another thing people needed to keep in mind was that metal detecting was hard work, Preston said.

"You won't get rich metal detecting – it's 99 per cent rubbish and 1 per cent treasure."

One metal detectorist who does make things look easy is Luke Phillips.

When he first picked up a metal detector six years ago, Phillips focussed his attention on finding gold in the old minefields near his home in south-west Victoria. Within six months, he had struck it lucky by finding a few nuggets.

But Phillips said he quickly realised it was the thrill of unearthing historical items with a story behind the treasure that he was most passionate about. 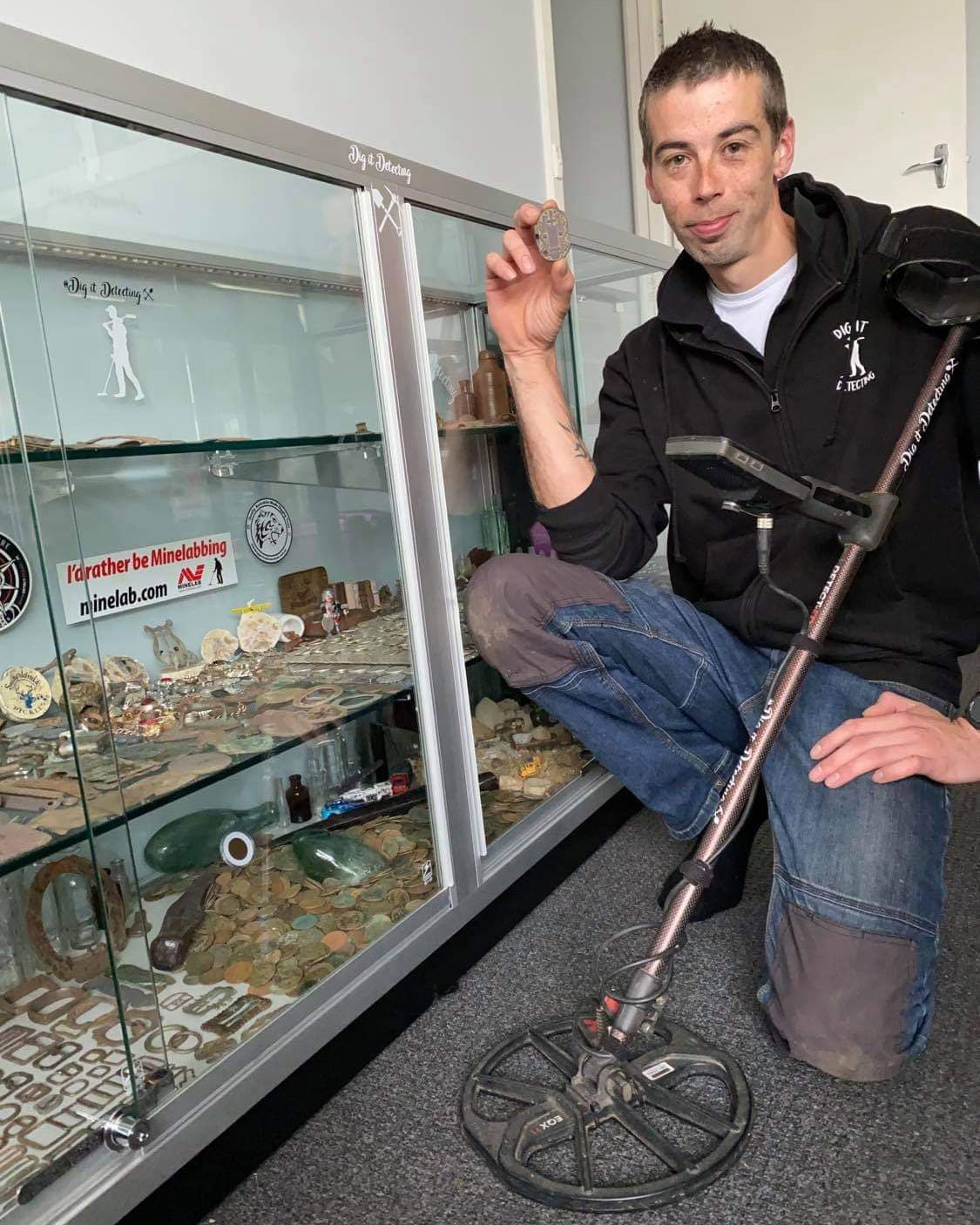 "I always get excited about that next find because you just never know what's hidden beneath your feet," he said.

"I've come across a 1583 English coin which is probably amongst the oldest (European) items found in Australia.

"Then there are Chinese coins that you can still find throughout the goldfields, they can be more than 500 years old."

A few weeks ago, Phillips unearthed the 1855 equivalent of a supermarket gift card on the grounds of a primary school.

The 170-year-old token – made by grocery merchants Hide & De Carle – would have been used as change for customers, because of a short supply of low denomination currency during the gold rush era, Phillips said.

Phillips, who is a 36-year-old father-of-two, sees himself as part of the changing demographics of metal detecting.

"Metal detecting used to be considered an older person's sport," he said.

"It was popular with retirees and people who could afford to spend their time looking for gold and relics."

But social media had changed all that, he said. 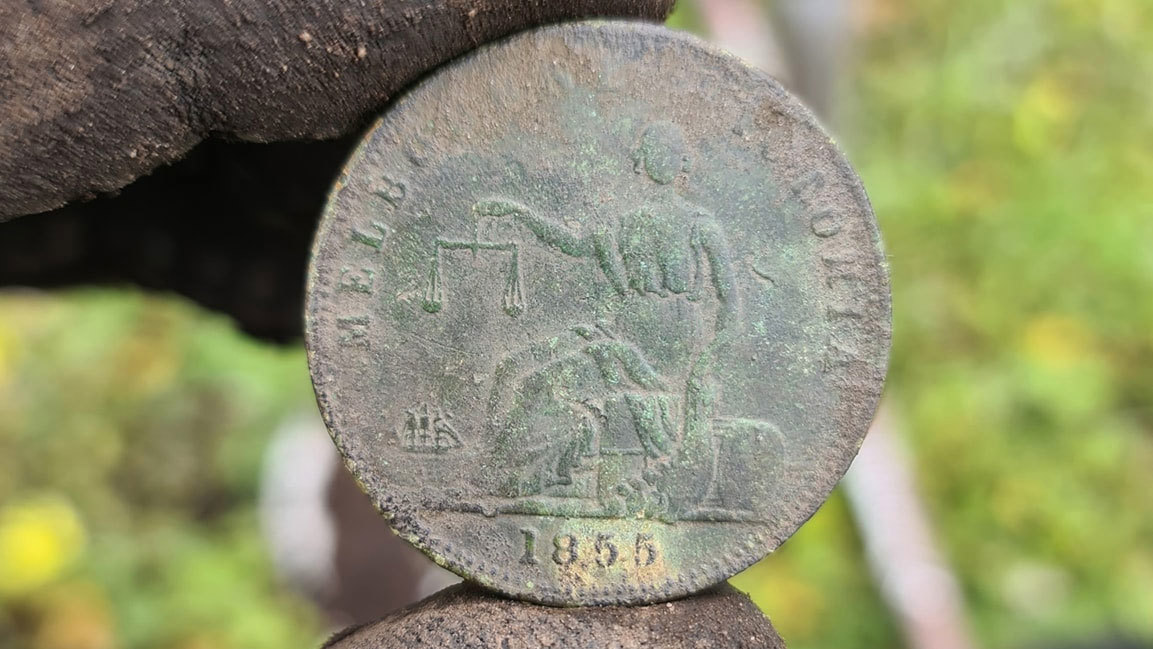 "In the last five, six years, I have seen a massive increase in metal detecting groups on Facebook.

"People have been wanting to get their finds, or their enjoyment for metal detecting out there socially, on different networks and platforms." 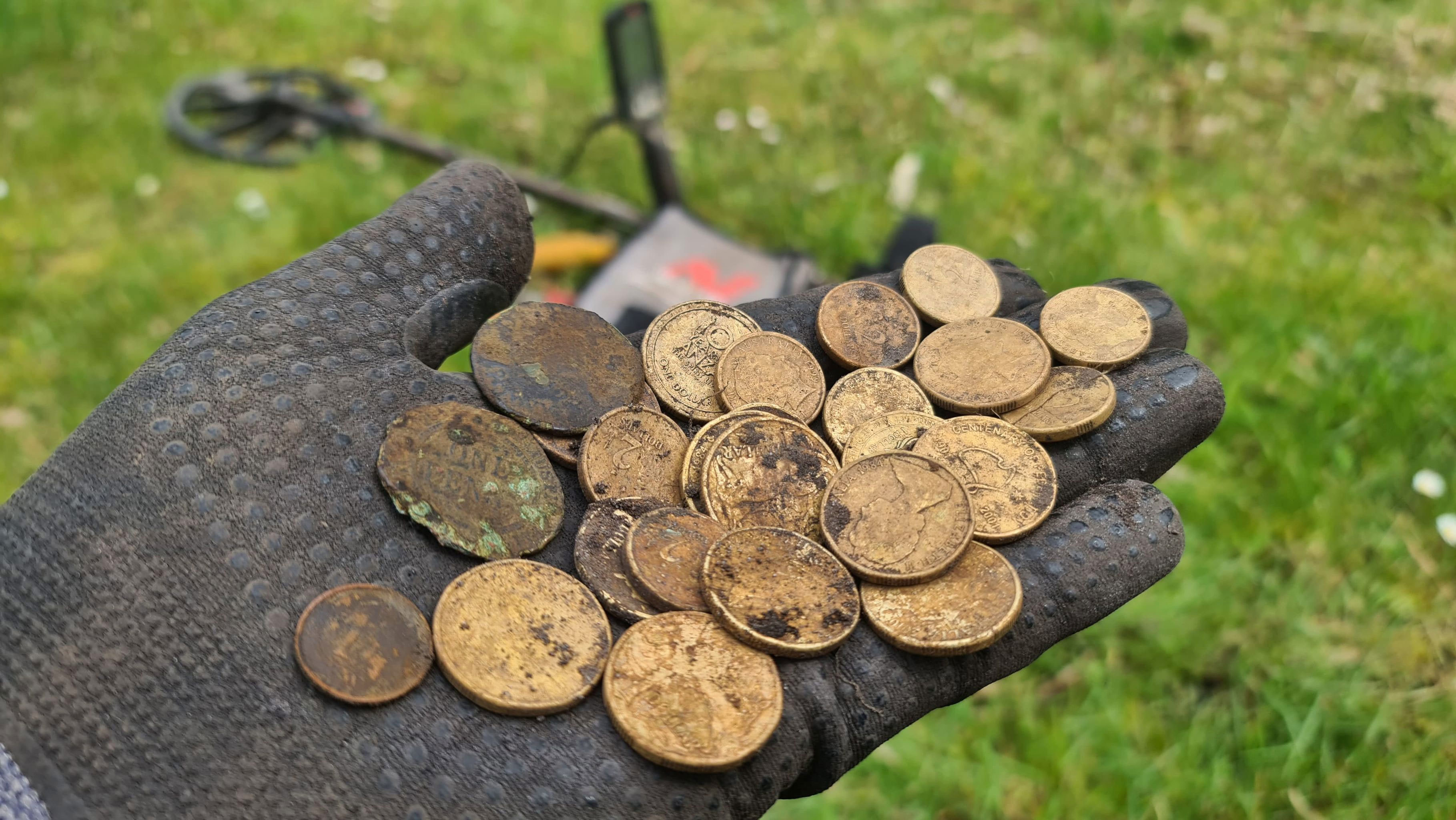 Phillips, who views himself as part historian and part amateur archaeologist, said he sees metal detecting as playing an important role in helping preserve Australia's history and making it accessible.

"There's a lot of amazing history lost out there just waiting to be unearthed, not to mention plenty of important pieces that still need to be saved for future generations to enjoy and learn from," he said.

'A smell for treasure'

The landscape gardener spends much of his spare time scouring old WW2 camps and historical sites.

"It's just amazing, I could literally walk down the road and swing a detector and who knows what I'll pull out of the ground." he said.

READ MORE: Scientists have found new 'zombie viruses', should we be worried? 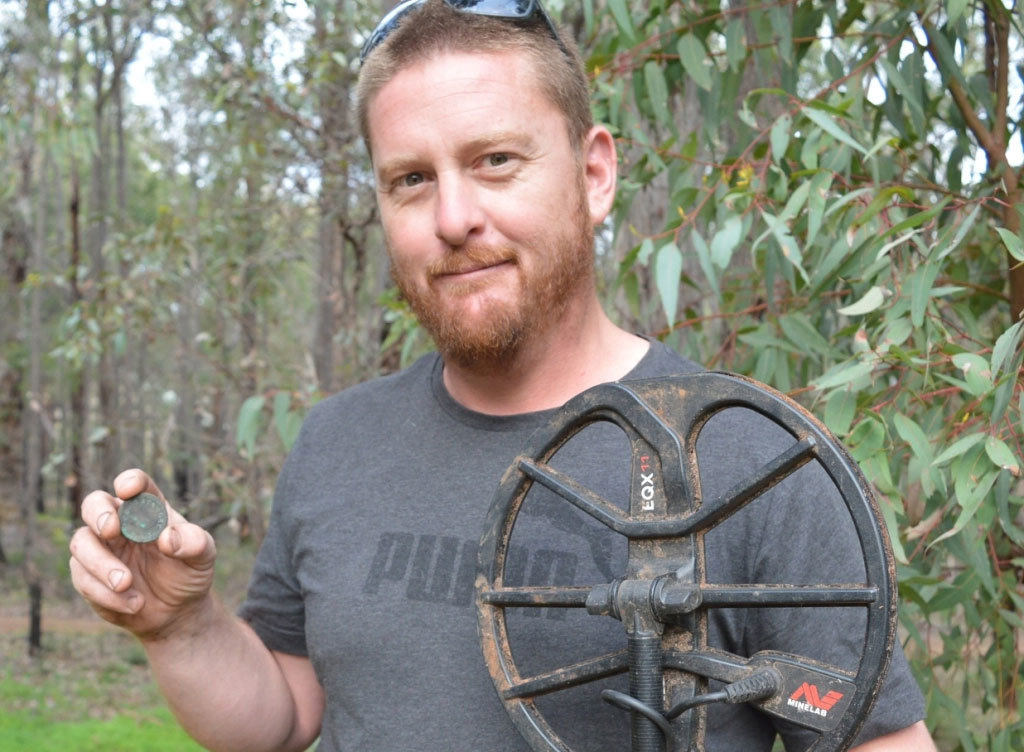 One of Hall's most valuable – and historically significant finds – is a 1797 cartwheel penny, discovered amongst the ruins of an old pub.

The coin is particularly special because it is stamped with the name Stephen Stanley Parker – one of West Australia's first white settlers –  along with the date 1837.

"He (Stanley Parker) made this coin and we believe it to be a love token. He would have given it to a girl he fancied or something like that," Hall said.

A few weeks ago, Hall dug up another incredible find, a gold sovereign from 1895.

The coin was in almost perfect condition and would have been lost not long after it was minted, Hall said.

"I bet the poor bugger who lost it was devastated, it would have been a weeks' wage back then and worth about $1000 in today's currency." 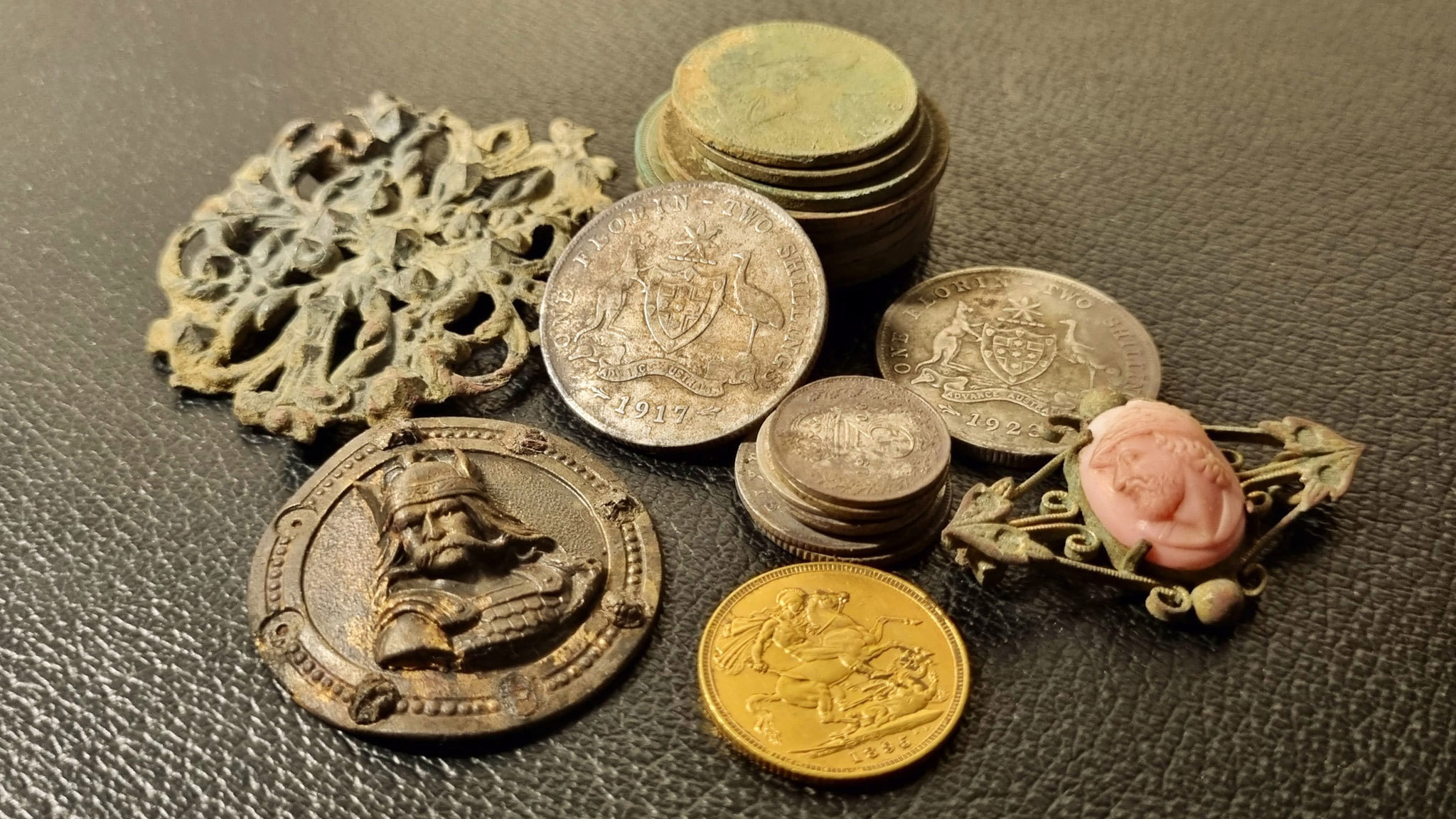 Having lived in the Perth Hills for his whole life, Hall said he often relied on his local knowledge, as well as consulting online historical databases such as Trove, when it came to scouting for new locations.

But Hall said his instincts sometimes also acted as a good internal barometer, in tandem with his trusty metal detector.

"After a while of doing treasure hunting you get a bit of a finer insight – a six sense I suppose you could call it – into what's there.

"You develop a bit of a smell for the treasure."