Police have arrested a Hastings teenager and charged him with murder more than three months after the body of Adrian Humphreys was discovered at a remote Taranaki campground on New Zealand's North Island.

The teenager is due to appear in the Hastings Youth Court later today after being taken into custody earlier.

Operation Bushlands was launched on May 7 when Humphreys was found dead shortly after sunrise at Tāngarākau, in eastern Taranaki.

The campground is located in an isolated part of the region, and is a two-and-a-half-hour drive inland from New Plymouth.

"It has been 97 days since Adrian's death and the investigation team is relieved that we can begin the process of holding someone to account," detective senior sergeant Gerard Bouterey said.

"We have been in contact with Adrian's family in the United Kingdom and advised them of this significant development.

"I would like to use this opportunity to thank the residents of Tāngarākau for their support during a very unsettling period for this close-knit community." 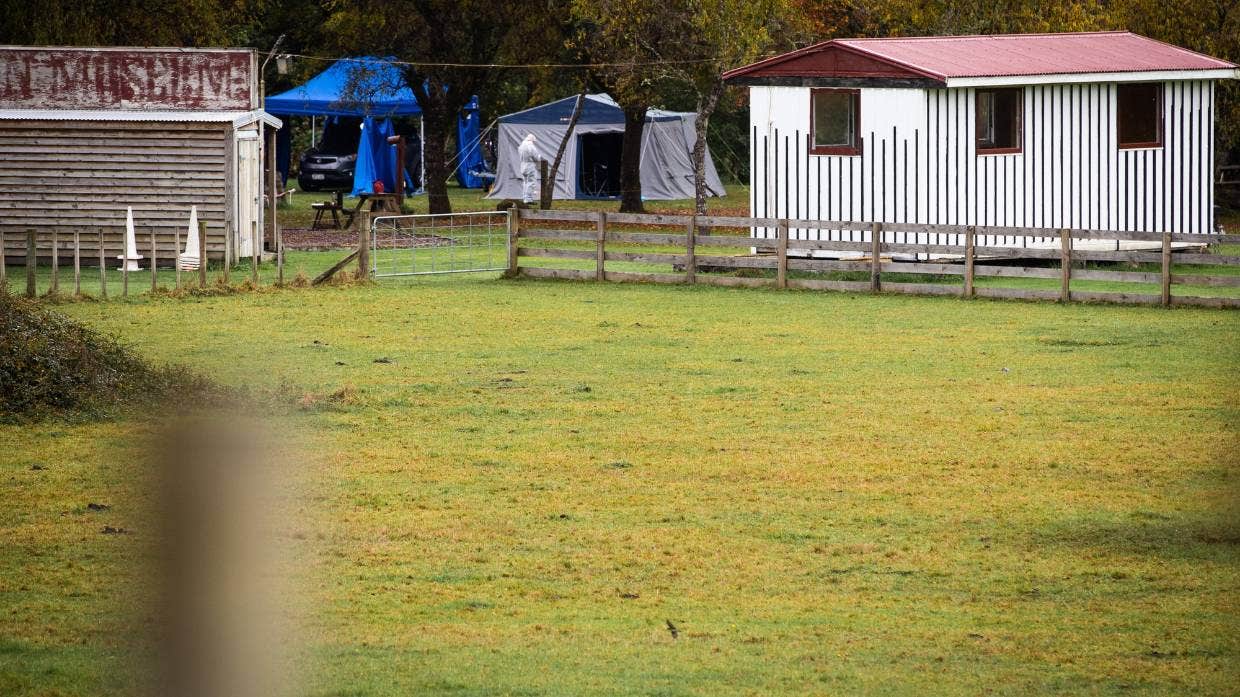 "While a charge of murder has been filed, we do believe there are still people with information about Adrian's death who need to do the right thing and come forward and speak with us," he said.

The 57-year-old had travelled from his home in Rotorua to the campsite, where it was believed he stayed the night before his death.

Police had not publicly released any information regarding how Humphreys died.

Earlier this week police said the inquiry into Humphreys' death was always going to be a "complex case" due to its nature, but the officers involved were following some "strong leads".

Specialist police dive crews had been called in to help in the investigation which had also involved large areas of bushland being searched for evidence.

Humphreys' sister made an impassioned plea from her UK home for information to help catch his killer in July.

Taresa Keatley had earlier travelled to New Zealand following the alleged murder of her brother whose funeral was held in Rotorua, where he worked as an anaesthetic technician, before she took his ashes home to their elderly parents.

She said via a police release that the loss of Adrian has had, and continues to have a major impact on our lives.

The news that someone has been arrested was encouraging, she said.

"And we hope that justice will be served for Adrian's sake and for the safety of other good New Zealanders we sincerely hope Adrian has not died in vain," she said.

Police have now made arrests in all five homicide cases in Taranaki this year.

At least 48 people have died in suspicious or homicidal circumstances in New Zealand so far in 2022.

At the same time last year there had been 36 suspected homicides. Last year's toll closed at 70.

The Homicide Report's data is provisional and may change depending on the outcome of investigations and court cases.

This story first appeared on Stuff and is republished here with permission.