The Nadesalingam family has finally returned to Biloela following a lengthy immigration battle and four years in detention.

Priya, Nades, Kopika and Tharnicaa – also known as the Murugappan family – were welcomed with cheers of joy as they stepped onto the tarmac in the outback community, as supporters of the Tamil family waved banners and "welcome Home" signs.

Priya and Nades shed tears of relief as they embraced friends and community members who had been waiting for them. 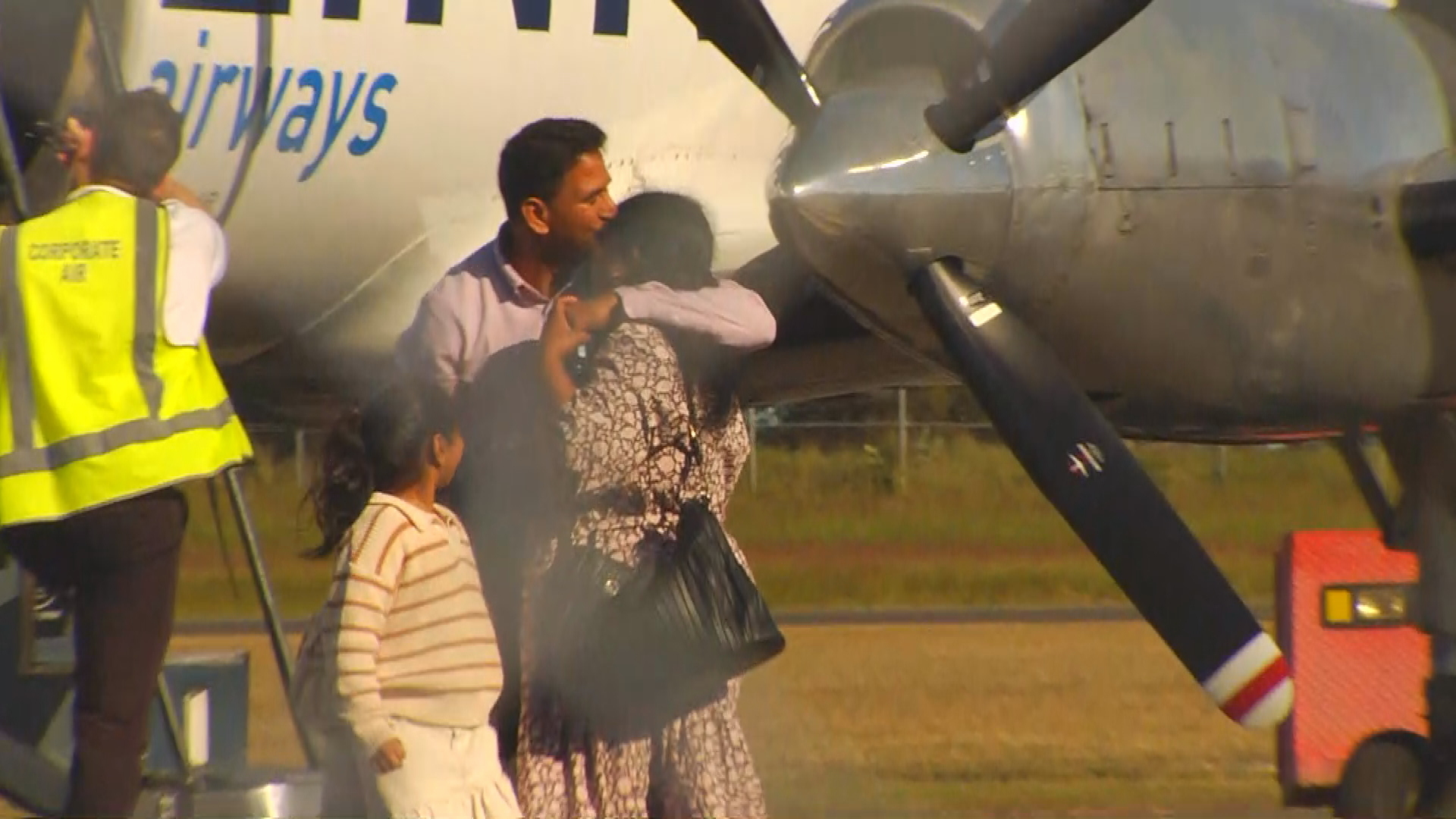 It was a moment four years in the making for the Sri Lankan family, made possible by the campaigning of Biloela locals protesting their detainment and attempted deportation in 2018.

"Me and my family is very happy," she said.

"Again it's hard to imagine it, back to my community Bilo.

"Happy for all in Bilo, our wonderful friends. 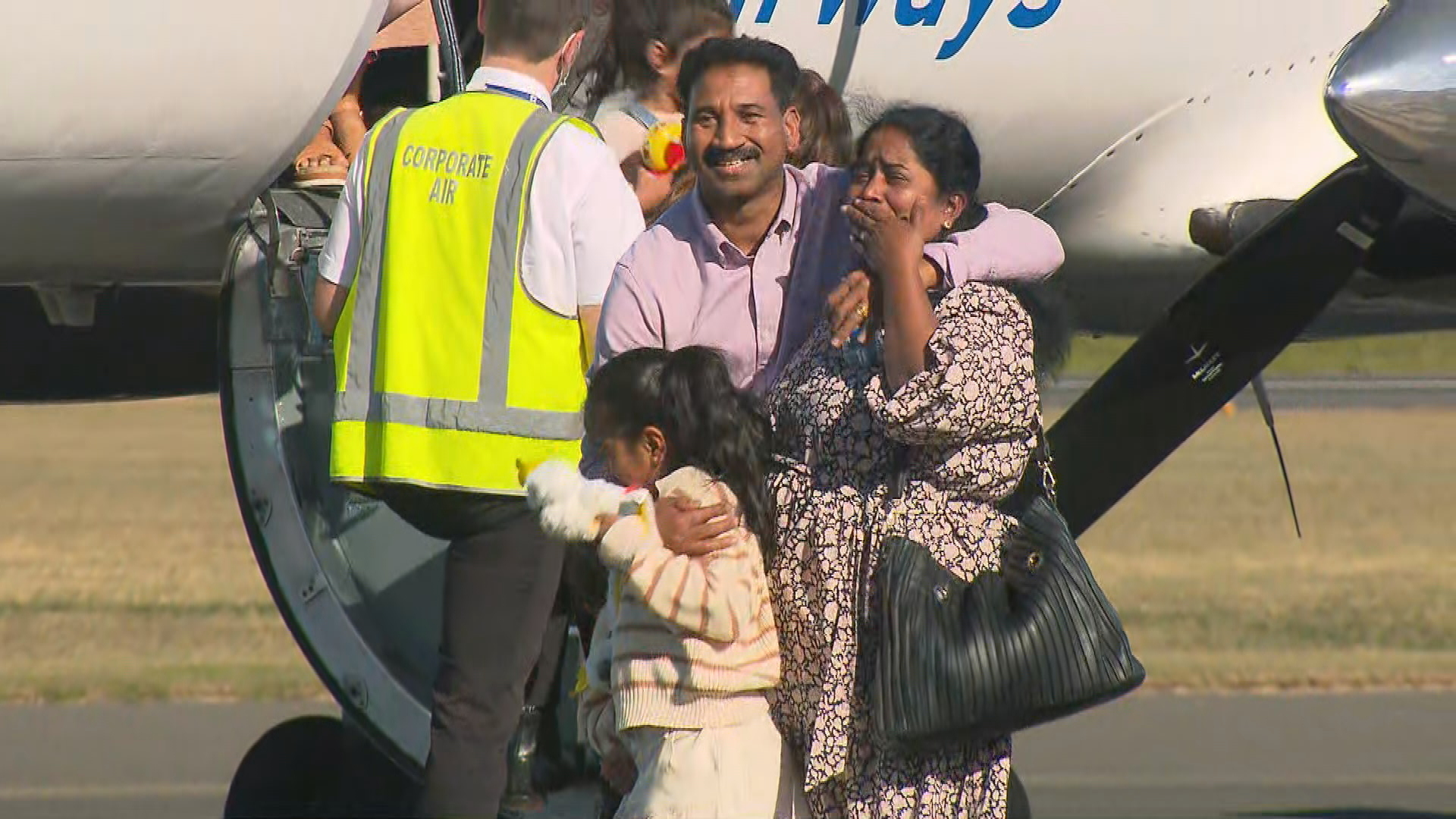 She said she hoped their arrival would mark a new beginning for her family and daughters.

"I felt like I was flying, I can't describe the moment of landing in Bilo," she said through a translator.

"Landing here gives me a lot of hope and for my daughters.

"I hope I can give my girls a better life and better future.

"Words can't describe what I am feeling." 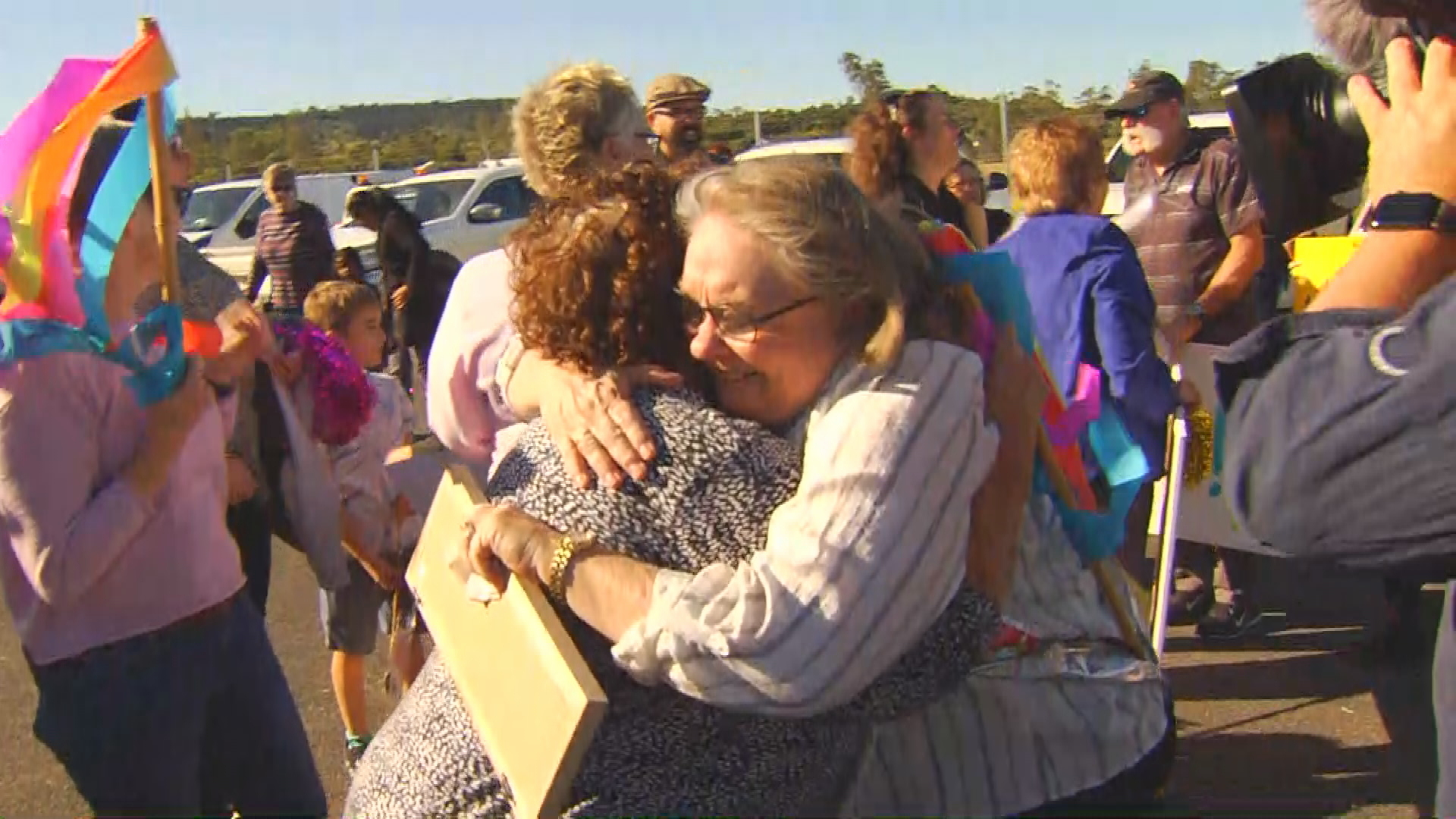 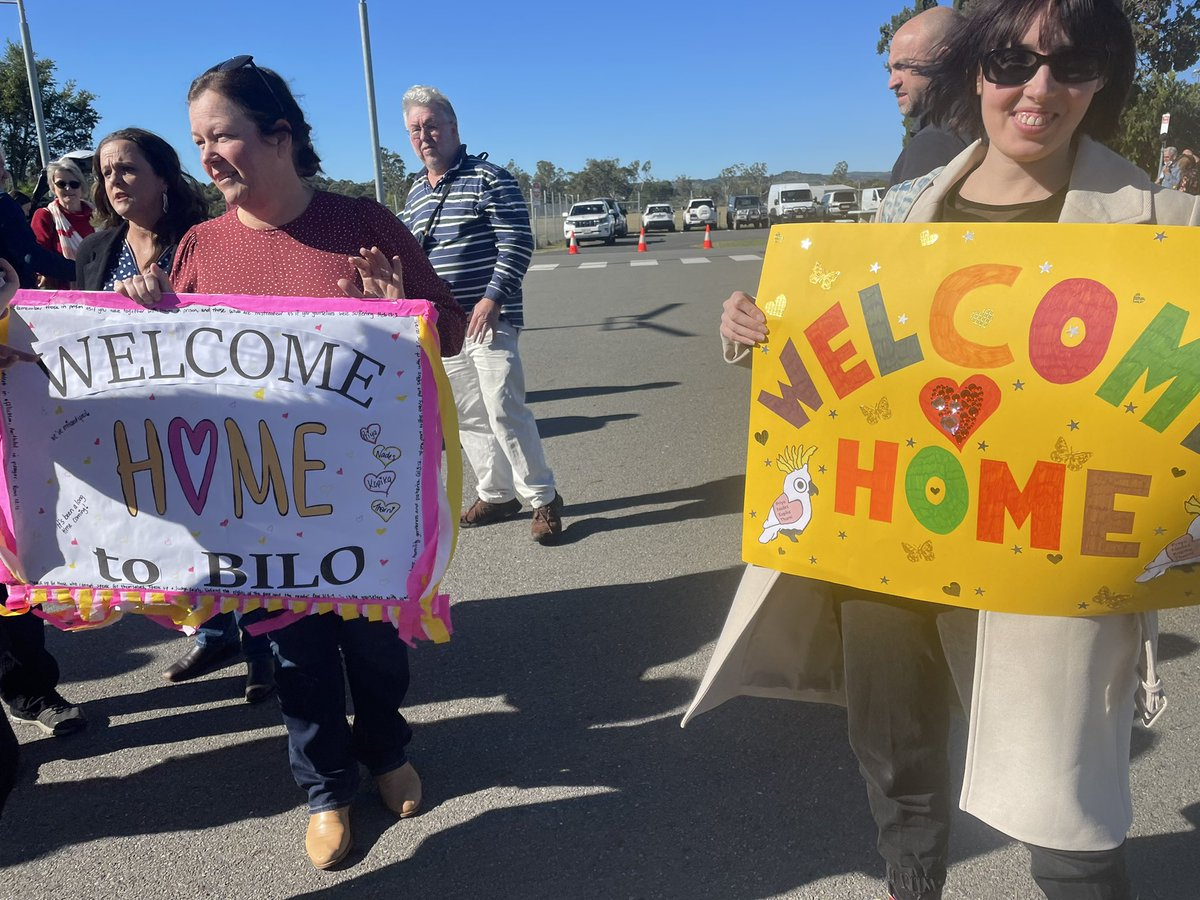 Priya said life in detention had taken a significant toll on her family.

"Detention life is hard on both children mentally," she said.

"The treatment wasn't human – we had a really hard life and I hope nobody has to go through that time." 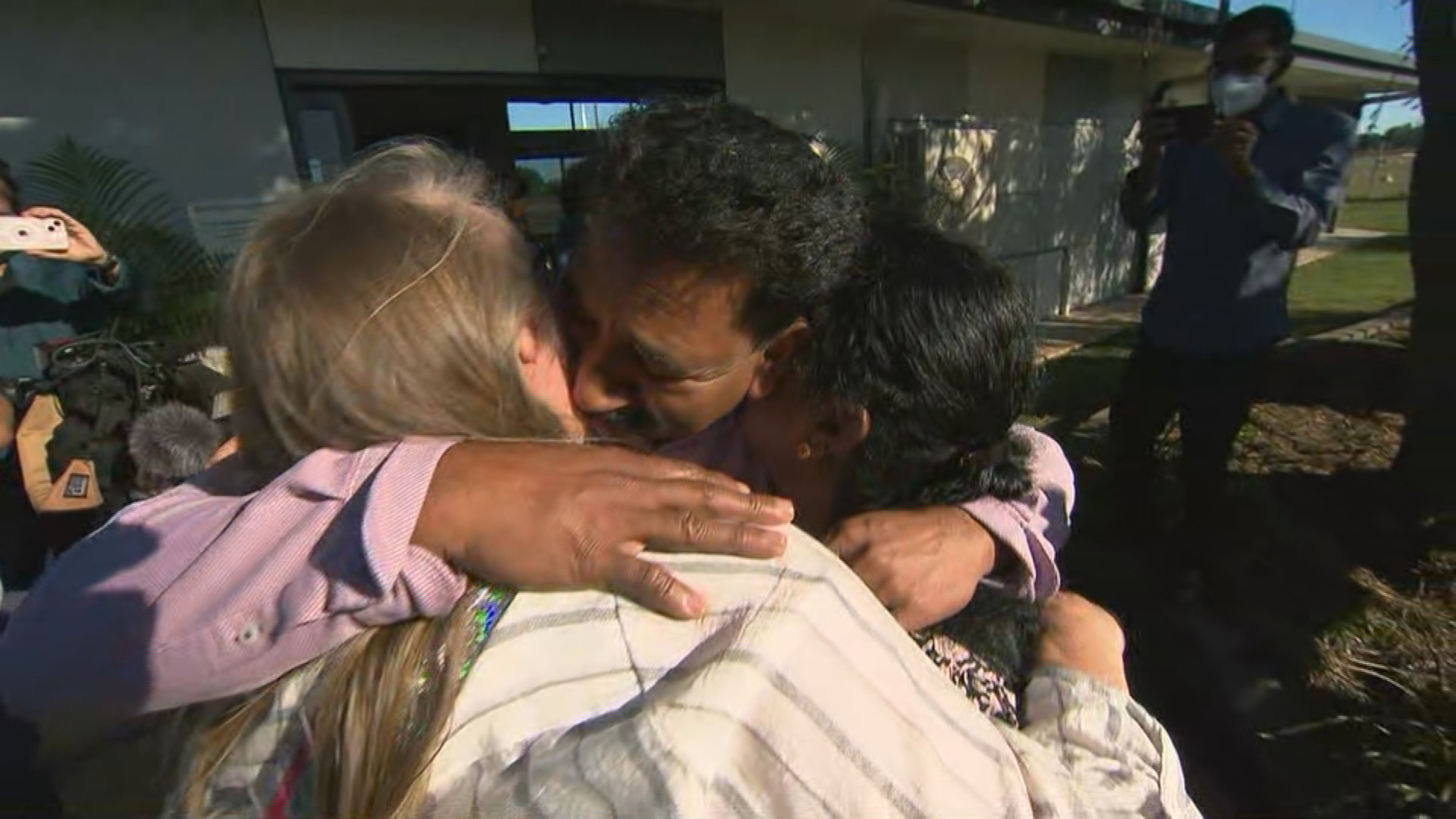 Angela Fredericks from the Home to Bilo campaign helped the family on their journey from Perth, where they had been living in community detention.

"This is the first time, as Priya said, they got to walk through the front of the airport," Fredericks said.

"I just have so much gratitude, not just to the town of Biloela who opened their arms for this family, but also the people of Australia – the love and support that over half a million Australians have shown us."

Fredericks said the community would not stop fighting for the family until they were granted permanent settlement in Australia.

"Australia, we have a lot of healing to do and today is the day to start," she said. 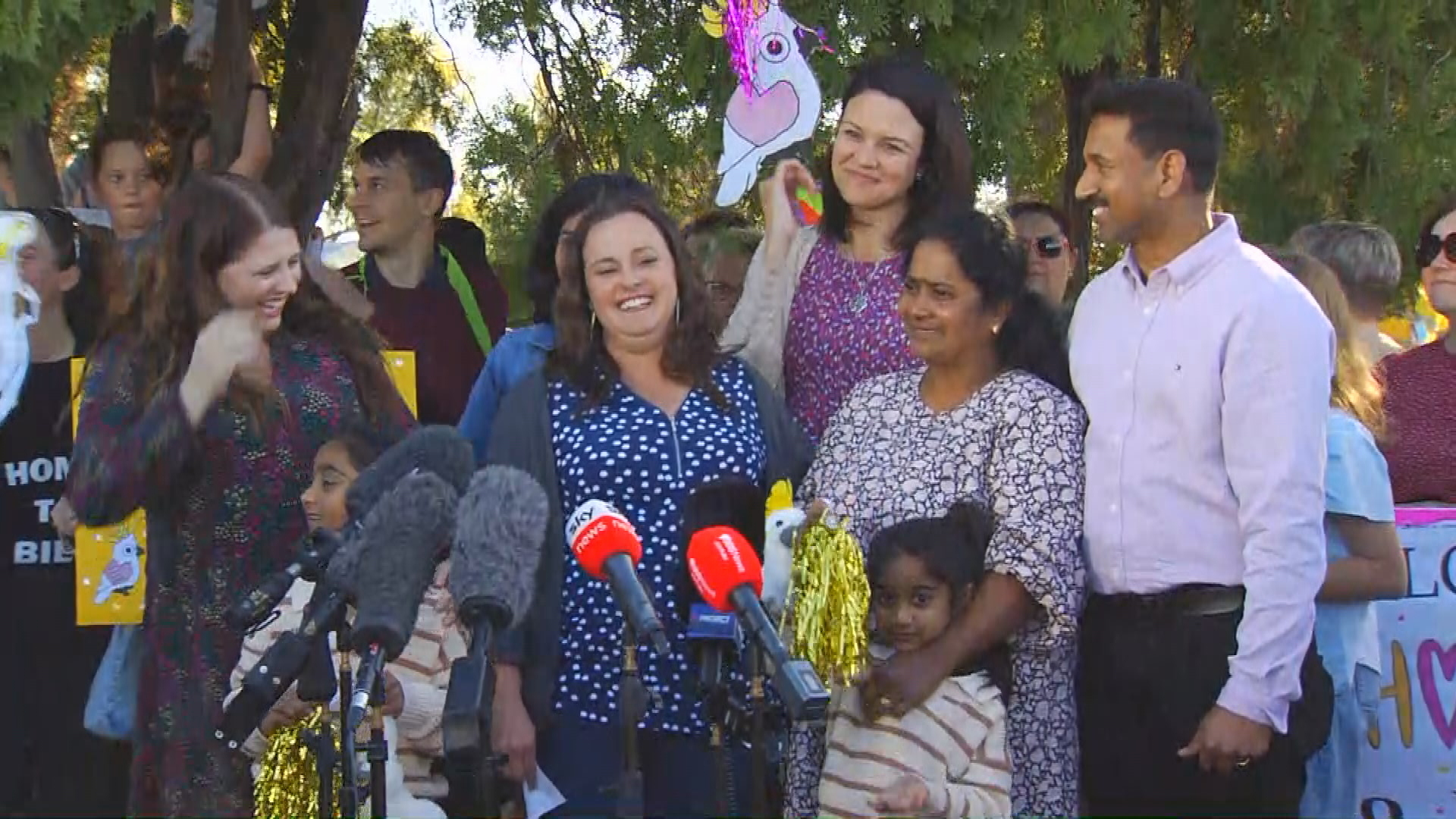 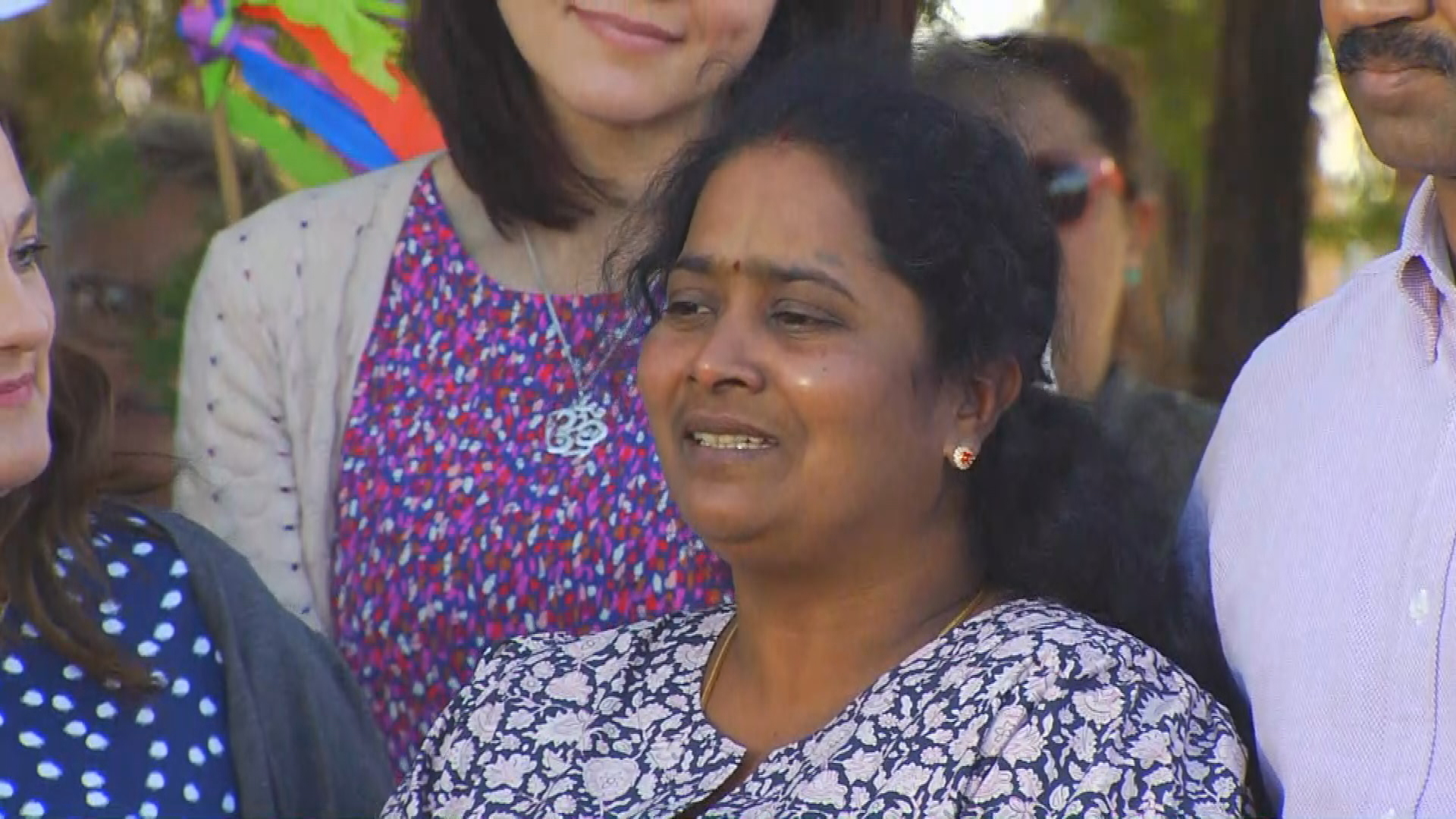 Priya said she hoped she could be a voice for hundreds of refugees fighting for a better life.

"We need to let the world know what's happening because there is a lot of torture in detention, a lot of people struggling with mental and physical health.

"We hope this provides hope to other people. I want the government to provide certainty for other refugees." 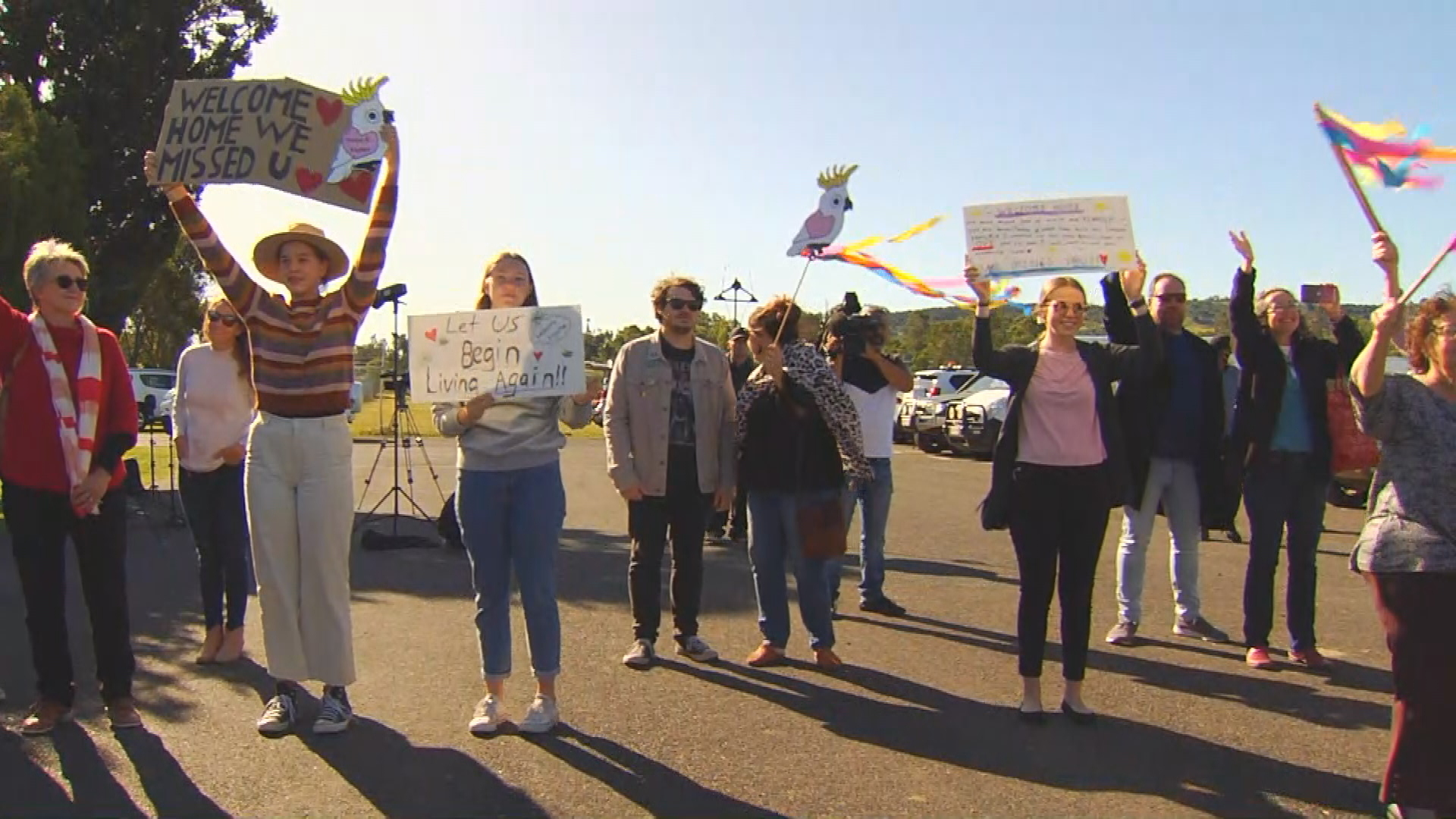 The family was granted new bridging visas by interim Home Affairs Minister Jim Chalmers last month following a promise from the Albanese government they would be granted permission to return home.

The family began their return journey to Biloela from Perth this week.

In anticipation of their arrival, the community donated goods and helped prepare the family's home.

"Tears this morning," friend of the family Laraine Webster said ahead of their arrival.

"Everyone grew to love them because they were just good, caring, hardworking people." 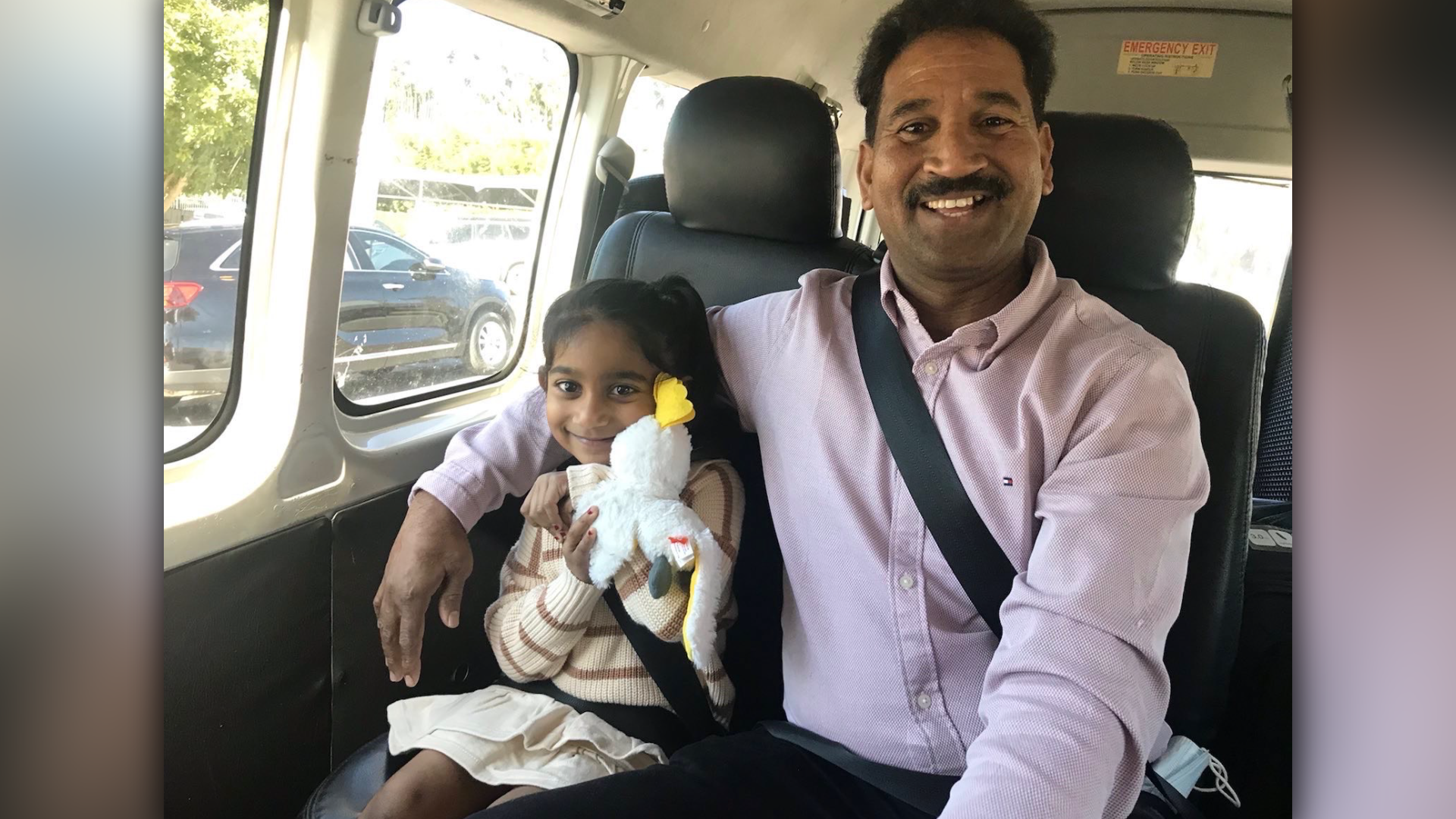 In just a few days, the community will celebrate Tharnicaa's fifth birthday, the first birthday the child will experience out of immigration detention.

Home to Bilo organiser Bronwyn Dendle said their return has brought a great sense of relief to the tight-knit community calling the feat a "magical moment".

"Every time we spoke to Priya and Nades and saw their strength, that was what just kept us going and we thought there is no way we're stopping now," she said.