A man is fighting for his life in hospital after his e-scooter crashed with a taxi in Sydney's south this morning.

NSW Ambulance attended the scene of a e-scooter﻿ and taxi crash on Bay Street and The Grand Parade in Brighton Le Sands about 1am.

Paramedics freed the 40-year-old who was trapped underneath the taxi about 30 minutes after the incident.

He was placed into an induced coma and flown to St George Hospital with serious head injuries.

Paramedics confirmed the man was not wearing a helmet while riding the e-scooter.﻿

NSW Fire and Rescue superintendent Adam Dewberry said he was "gob-smacked" by the incident. 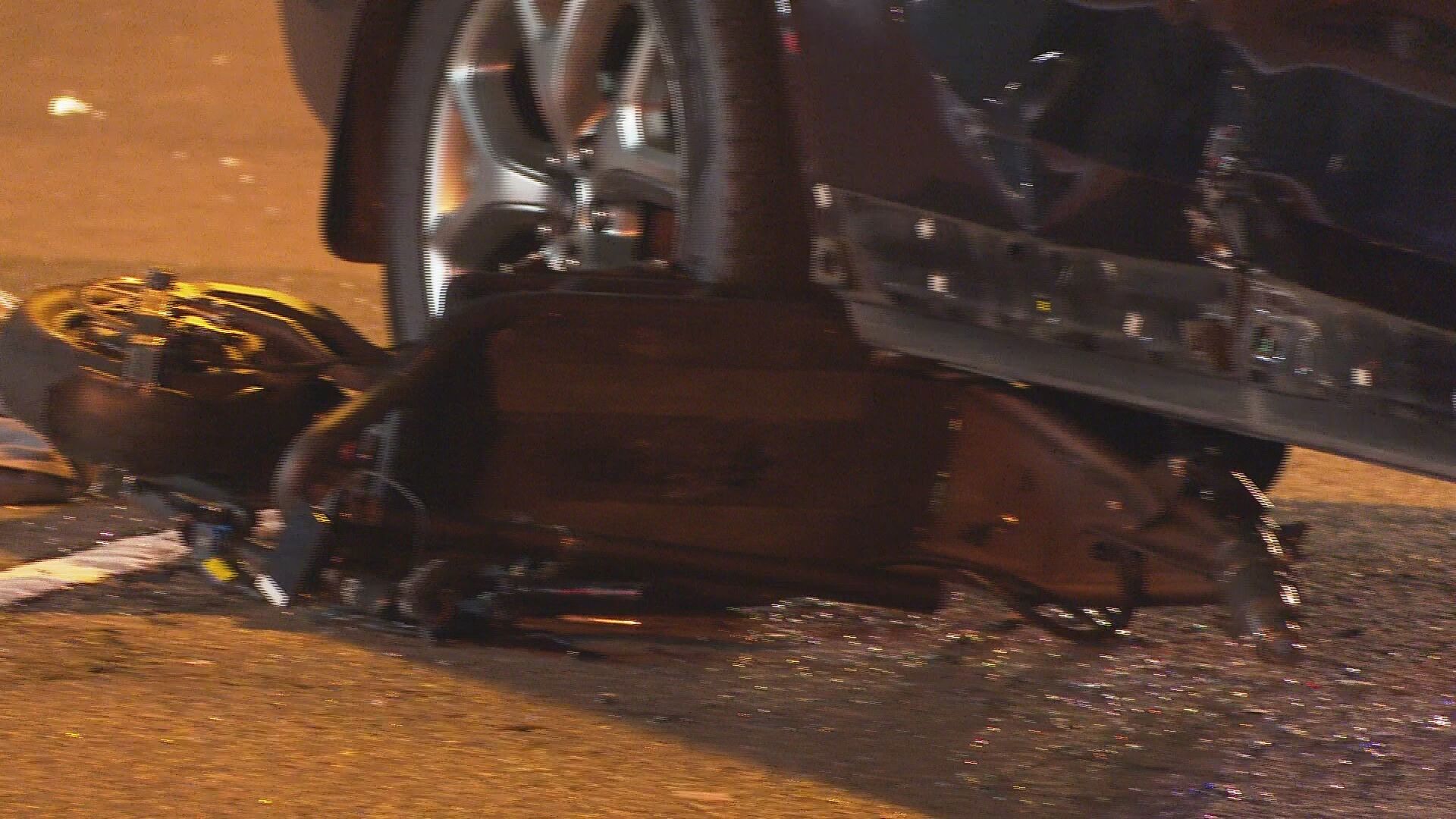 "Anyone who is riding bikes, scooters, e-bikes… (helmets) are just that first line of protection," Dewberry said.

NSW Ambulance in﻿spector Kay Armstrong said the man was lucky to be alive.

"These types of vehicles can travel quite quickly so wearing a helmet is incredibly important," she said.

"Helmets protect your brain, we need to wear helmets when travelling on any type of vehicle."

The type of e-scooter the man was riding could reach speeds of up to 60 kilometres.﻿

They are illegal to ride in NSW.﻿

Four killed after car and ute collide in northern Victoria