Suspect in the US student killings returned home for the holidays The man arrested in connection with the November killings of four University of Idaho students who were found stabbed to death attended a nearby university in Washington state and travelled across the country in December to spend the holidays with his parents.

Bryan Christopher Kohberger, 28, was arrested in Monroe County, Pennsylvania, on Friday on an arrest warrant for first-degree murder charges issued by the Moscow, Idaho, Police Department and the Latah County Prosecutor's Office, according to the criminal complaint.

The four slain students – Kaylee Goncalves, 21; Madison Mogen, 21; Xana Kernodle, 20; and Kernodle's boyfriend, Ethan Chapin, 20 – were each stabbed multiple times in the early morning hours of November 13 at an off-campus house in the small college town of Moscow.

A white Elantra authorities had been looking for in connection with the killings was also at the parents' house, the attorney added.

"He was home for the holidays," LaBar said.

READ MORE: Australia to test travellers from China for COVID-19﻿

Kohberger's father traveled with him from Washington state to Pennsylvania, according to the public defender and a person who claims to have interacted with the father and son earlier in December.

That person, who asked not to be identified, said they did not know the father and son but engaged in friendly conversation with them at an auto maintenance shop on December 16 in Pennsylvania, while the two were getting their Elantra serviced. 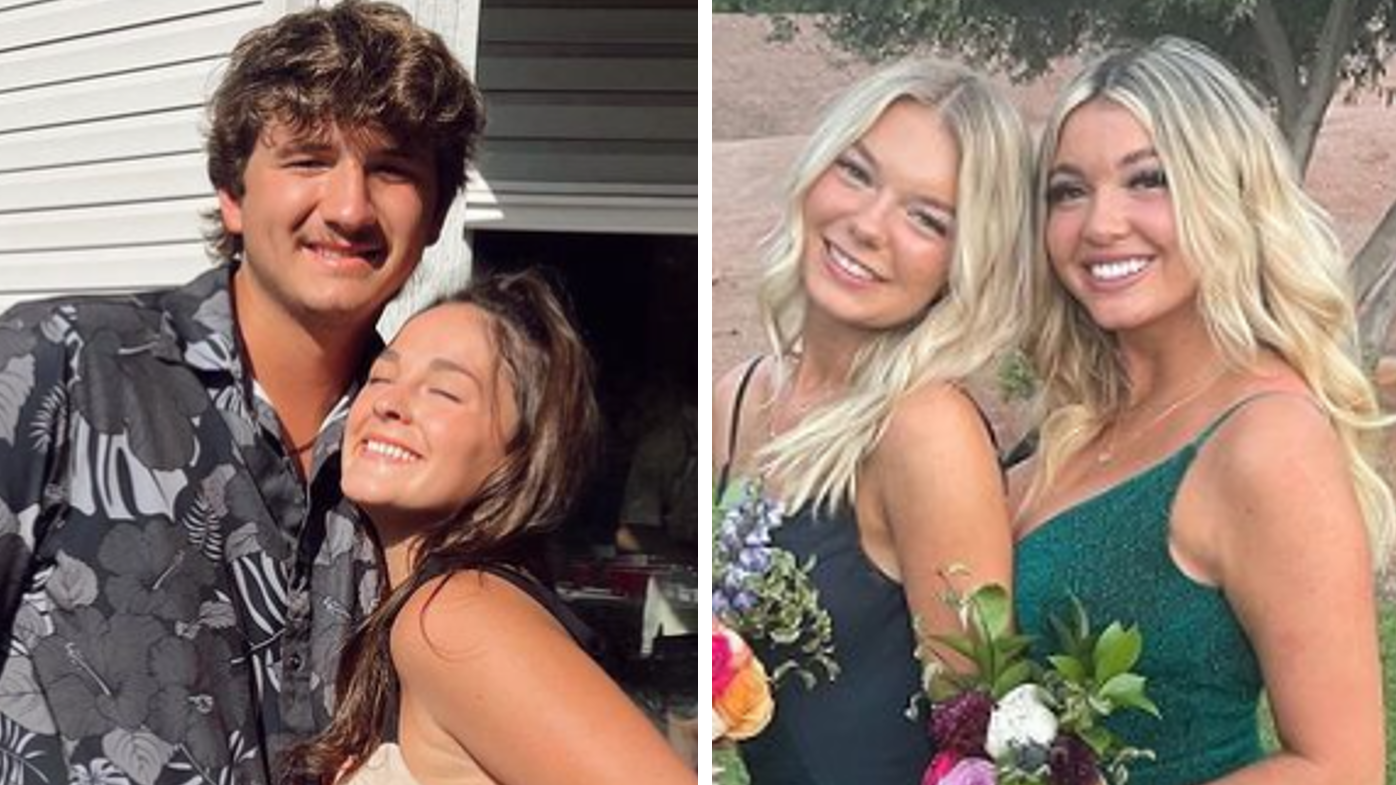 A separate person also confirmed to CNN the father and son did business at the location on December 16.

READ MORE: Destination Aussies most want to visit in 2023﻿

The father told the individual he flew to Washington state and made the cross-country trip with Kohberger, adding his son would be traveling to the west coast alone after the holidays.

Police have not indicated the suspect's father is in any way implicated in the killings. CNN has attempted to contact the father for comment.

The person described the younger Kohberger as "a little awkward," but not suspiciously so.

The suspect reportedly told the person he wanted to go into the field of behavioral criminal justice and become a professor.

He is a PhD student in criminal justice

Kohberger is a graduate student at Washington State University's Department of Criminal Justice and Criminology, according to a now-removed university graduate directory, which was seen by CNN earlier on Friday.

Kohberger had finished his first semester as a PhD student in the school's criminal justice program earlier in December, the university said in a Friday statement.

Earlier that day, university police assisted authorities in executing search warrants at his office and apartment, both located on the school's Pullman campus.

Pullman is about a 15-minute drive from Moscow, where the killings took place.

Kohberger intends to waive his extradition hearing to Idaho, set for January 3, to expedite his transport to the state, LaBar said, adding his client is "eager to be exonerated" of the charges.

Kohberger was previously an undergraduate and graduate student at DeSales University, according to a statement on the school's website. DeSales is a Catholic university in Pennsylvania, according to its official Facebook page.

He graduated with a bachelor's degree in 2020 and earlier this year completed his "graduate studies for the Master of Arts in criminal justice program," according to a university spokesperson.

Kohberger's attorney described his client as "very intelligent," adding "he understands where we are right now."

In a post removed from Reddit after the arrest was made public, a student investigator associated with a DeSales University study named Bryan Kohberger sought participation in a research project "to understand how emotions and psychological traits influence decision-making when committing a crime."

The post said, "In particular, this study seeks to understand the story behind your most recent criminal offense, with an emphasis on your thoughts and feelings throughout your experience."

CNN reached one of the principal investigators of the study, a professor at DeSales University, but they declined to comment on the matter.

A spokesperson for Northampton Community College, also in Pennsylvania, confirmed Kohberger was a student there and graduated with an Associate of Arts and Psychology degree in 2018.

How authorities narrowed their search

Earlier in December, authorities asked the public for information about a white 2011-2013 Hyundai Elantra they believed was in the "immediate area" of the crime scenes around the time of the killings.

After an overwhelming number of tips, investigators narrowed their focus to Kohberger by tracing ownership of the Elantra back to him, according to two law enforcement sources briefed on the investigation.

His DNA also matched DNA recovered at the crime scene, according to the sources, who also explained authorities believed Kohberger left the area and went to Pennsylvania after the crime.

A surveillance team with the FBI tracked the suspect for several days in the area where he was arrested, the sources added.

Authorities kept Kohberger under surveillance while investigators from Moscow's police department, the Idaho State Police and the FBI worked with prosecutors to develop sufficient probable cause for an arrest warrant.

The suspect's family is "very shocked," LaBar, the attorney, said, adding they are in "awe over everything that's going on" and believed this was "out of character for Bryan." 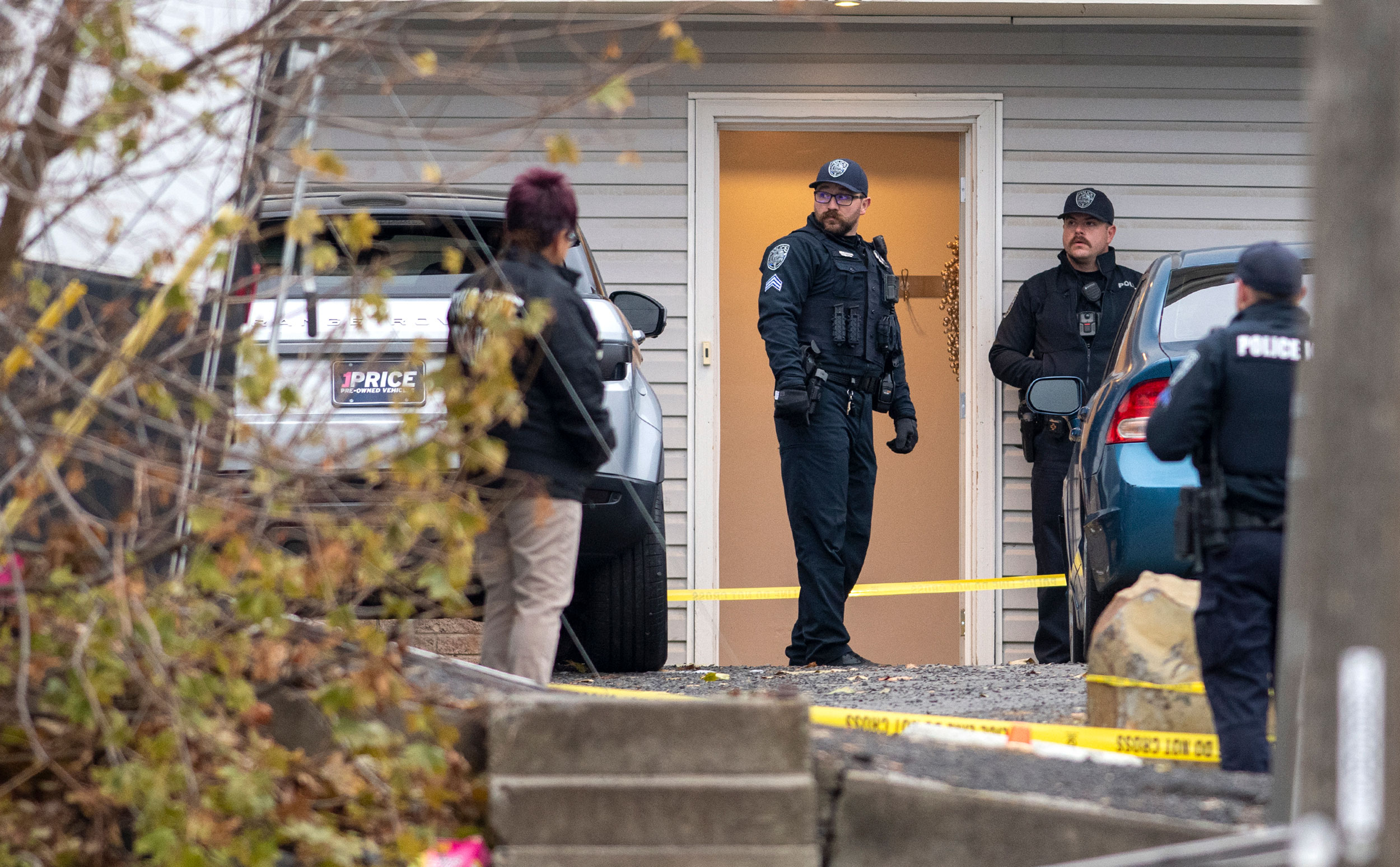 Authorities asking for information on suspect

Authorities still want to hear from people who may be able to shed more light on Kohberger.

"This is not the end of this investigation, in fact, this is a new beginning," Latah County Prosecutor Bill Thompson said on Friday.

"You all now know the name of the person who has been charged with these offenses, please get that information out there, please ask the public, anyone who knows about this individual, to come forward."

"Report anything you know about him, to help the investigators, and eventually our office and the court system, understand fully everything there is to know about not only the individual, but what happened and why," Thompson added.

"We want information on that individual," the chief told CNN.

"We want that updated information so that we can start building that picture now. Every tip matters."