Strikes have disrupted train services, flights, schools and businesses in France as more than one million people protested against the government's plans to raise the retirement age for most workers.

Protests in major French cities, including Paris, Marseille, Toulouse, Nantes and Nice, brought many transport services to a standstill. The Eiffel Tower was closed to visitors.

France's Interior Ministry said more than a million people took to the streets across the country on Thursday, including 80,000 in Paris, where small groups of demonstrators threw bottles, rocks and fireworks at riot police.

READ MORE: Alec Baldwin to be charged with involuntary manslaughter after fatal shooting on film set﻿

Eight of the biggest unions had called for a "first day of strikes and protests" against pension reforms unveiled by President Emmanuel Macron's government. The legislation will require French citizens to work until 64, from 62 currently, to qualify for a full state pension.

The French government has said this is necessary to tackle a pension funding deficit, but the reforms have angered workers at a time when living costs are rising.

Teachers and transport workers were among those who did not report for work. 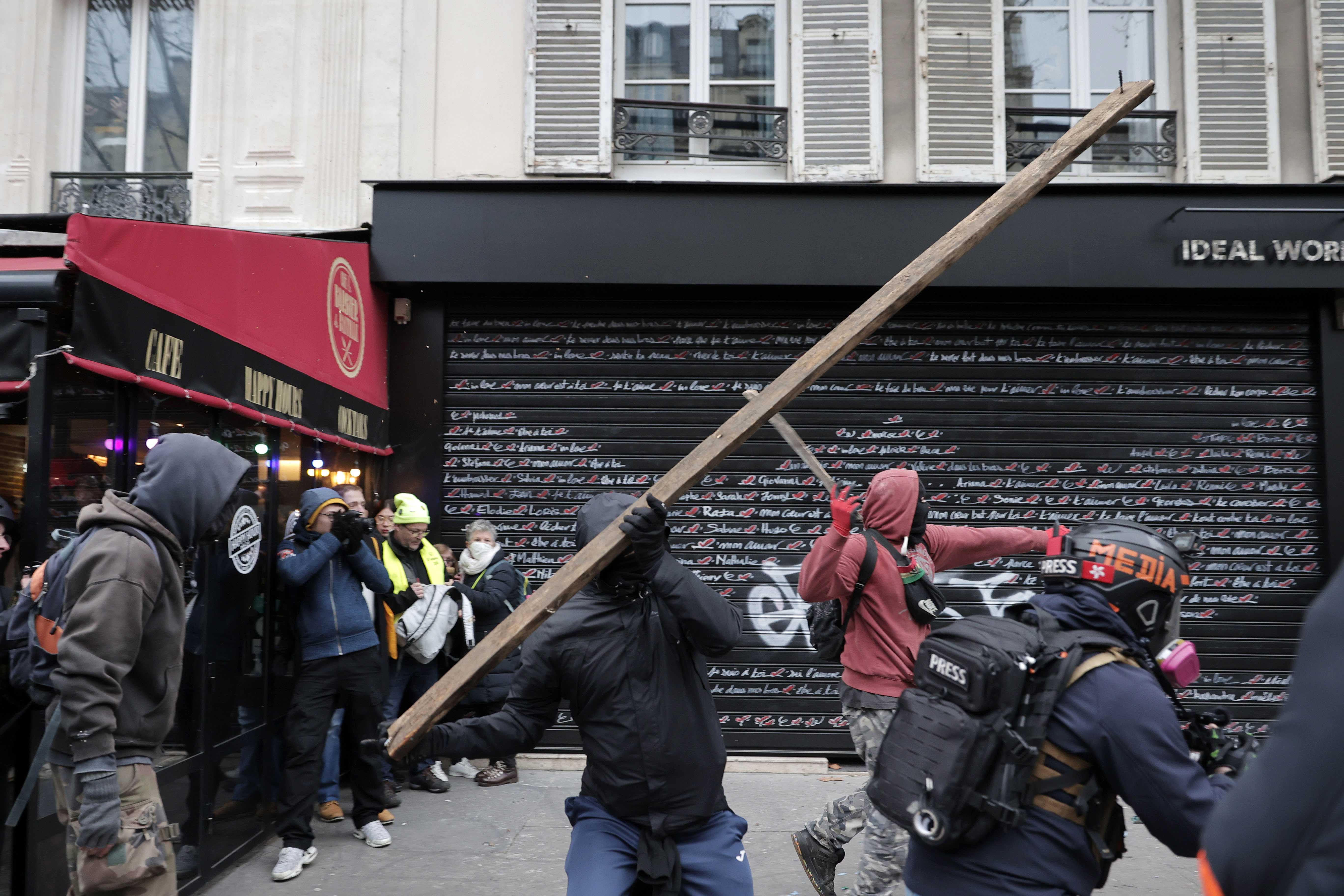 Train lines across France saw "severe disruption," according to French rail authority SNCF, and metro lines in Paris were hit by full or partial closures, the city transport authority RATP said on Twitter.

Meanwhile, Eurostar cancelled several services between the French capital and London, according to its website, and some flights at Orly airport were scratched. Charles de Gaulle airport reported "a few delays" due to striking air traffic controllers, but no cancellations.

CGT, one of France's major confederation of trade unions, estimated that two million people took part in more than 200 protest events across the country, and said that the majority of refinery workers at TotalEnergies walked out, interrupting deliveries of oil products. 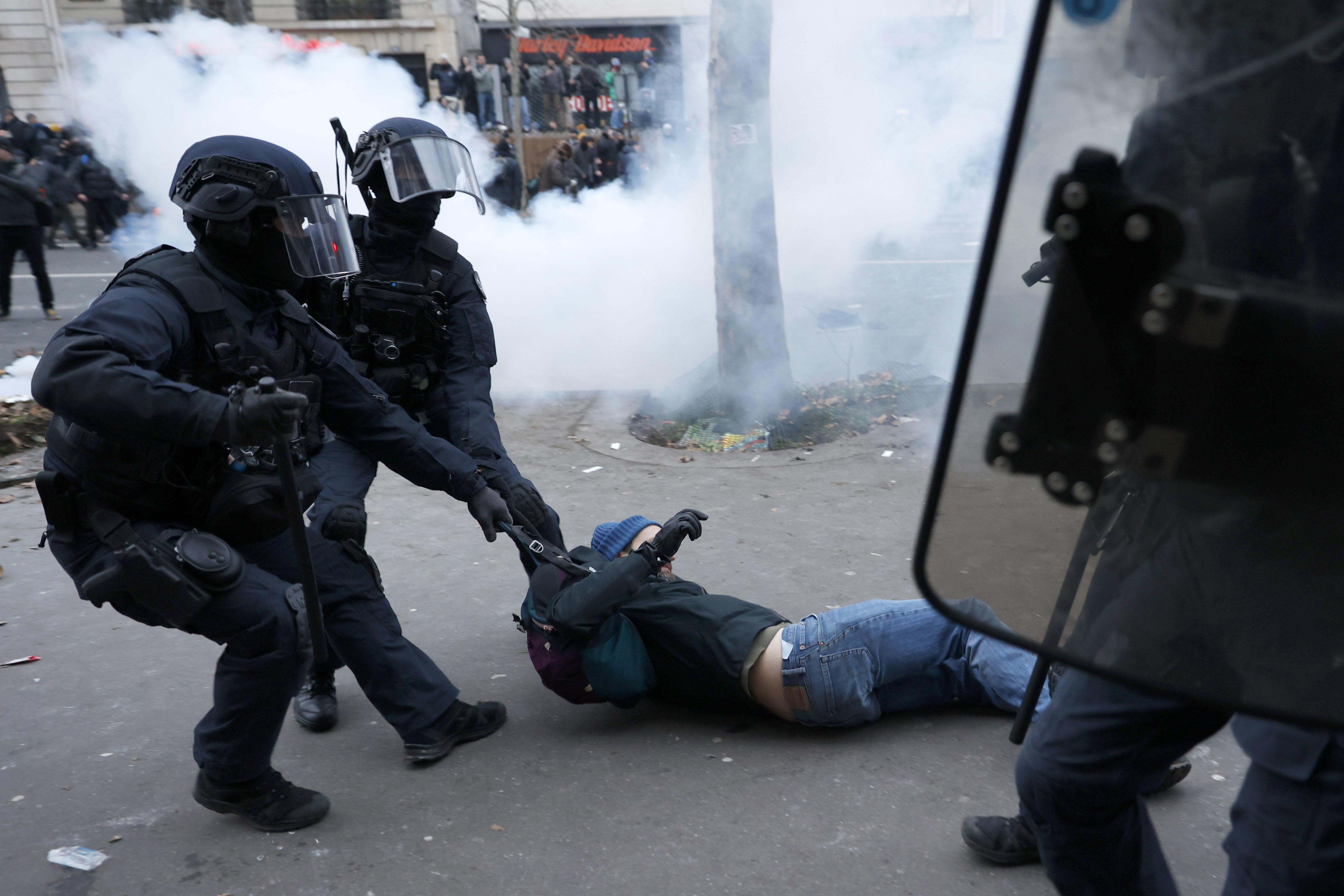 TotalEnergies said that fuel supplies at its network of gas stations would not be affected.

Macron's proposed pension reforms come as workers in France, as elsewhere, are being squeezed by rising food and energy bills.

Nurses and ambulance drivers in the United Kingdom are also striking on Thursday over pay and working conditions.