Meteorologists identified the weather phenomenon as a lenticular, or lens, cloud.

The colours of the cloud changed as it moved around the sun.

Social media commentators compared the strange cloud with a UFO.

"I wanted that to be an alien ship so bad," one wrote on Twitter.﻿ 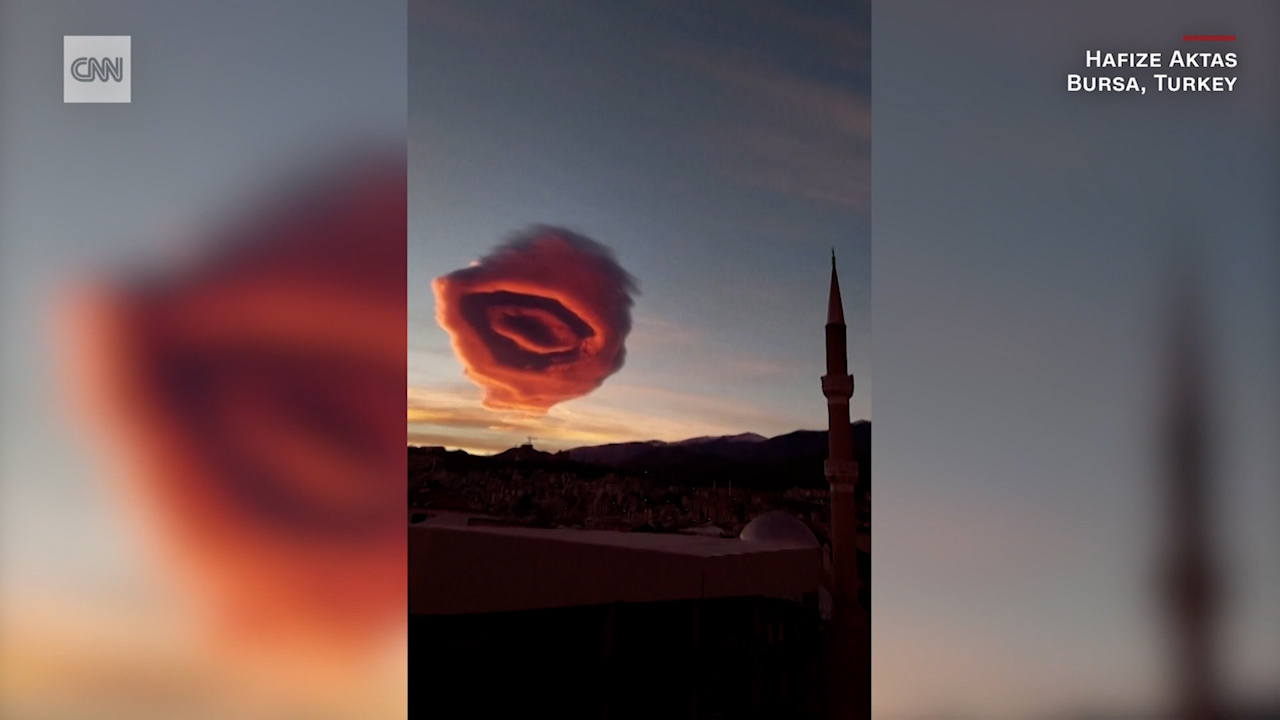 According to Turkey's Meteorological Directorate, lens clouds are usually formed when air blows across high structures, such as mountains, and cause water vapour to condense which roughly resembles the terrain beneath.

The images ﻿of the cloud were taken at sunset and witnesses say it remained in its giant form for about one hour.