Snowboarder forced to 'swim' through avalanche Snowboarder B﻿lake Nielson was zig-zagging down the pristine slopes of Big Cottonwood Canyon in Utah when the mountain suddenly gave way below him.

Video, taken from Neilson's helmet, captures the moment he was carried away by the sudden avalanche, which occurred on Sunday.

Riding down the avalanche on his back, he can be seen moving his arms in a swimming motion.

In total, Nielson was carried around 90 metres down the snowy slope, but he managed to stay on top of the debris the entire way.

When he got to safety, ﻿Nielson shared his experience with Utah Avalanche Centre, explaining he and his friend had tested for instabilities in the snow before setting out. 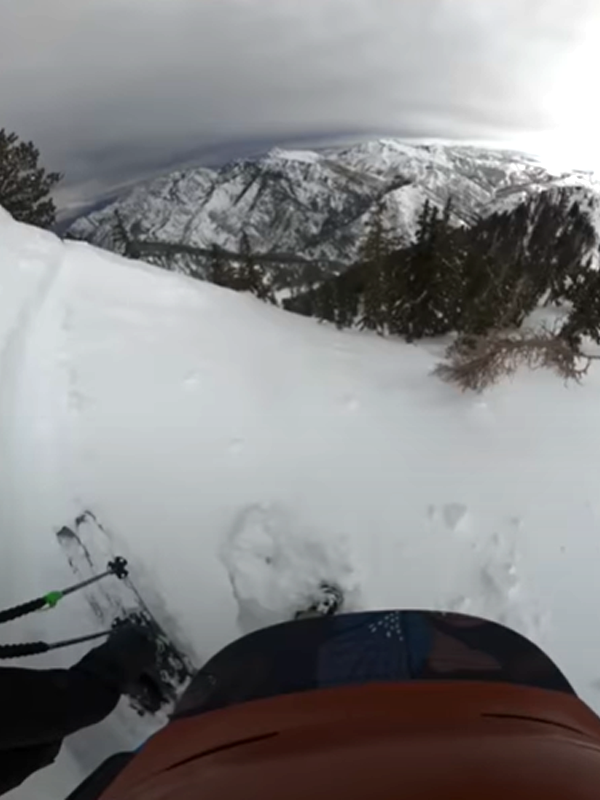 Their plan was to drop into Greaseball Couloir, a route just north of the summit of Kessler Peak and ride out of Argenta – another route.

Nielson credits two actions with helping to keep him on top of the avalanche.

"I was able to keep the majority of my body above the snow and was able to radio my partner that I was sliding with the debris," he wrote.

"I made swimming motions with my arms and kicked my board to help keep me on top."

He said the incident has made him "respect the wind".

"﻿Even a small 'manageable' wind pocket can break and carry you a long way in steep terrain with long runouts," he said. 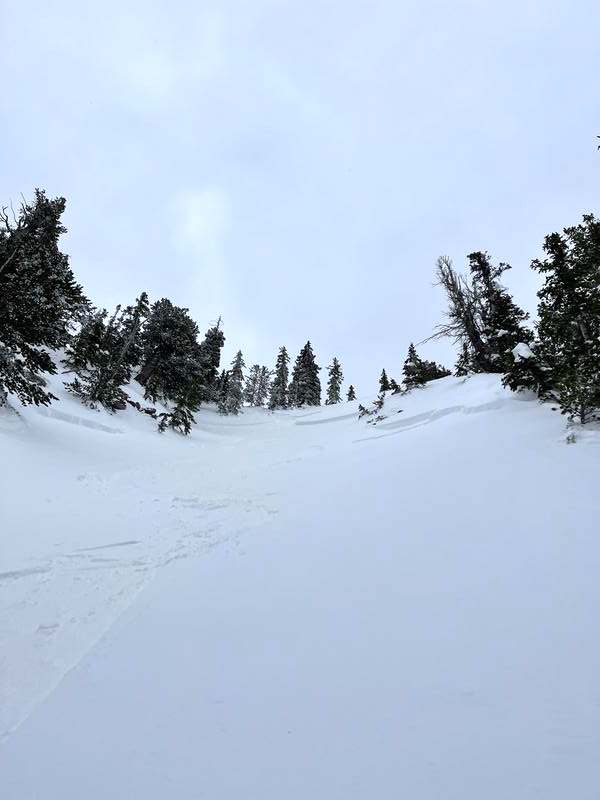 In the incident log, Nielson said the avalanche was a "soft slab".

It would continue down the slope for another 395 metres before it stopped.

According to the Avalanche Centre this type of avalanche occurs when low density snow is deposited under no wind or light-wind conditions.

"The snow in a soft-slab avalanche pulverizes immediately after avalanche initiation," it wrote.

Slab avalanches are considered the most dangerous, accounting for more than 90 per cent of avalanche fatalities.﻿

Tatjana Patitz, one of the original '90s supermodels, dies at 56