Smoking bandits take off with $30,000 go-kart in Melbourne Police are on the hunt for three thieves who brazenly took off with a $30,000 go-kart in Melbourne last month.

Detectives said two men and a woman parked a car on Wright Street in Kew East just after midnight on December 1.

CCTV then showed the trio walk to a nearby property and push a trailer – containing a Kosmic go-kart and associated equipment to the value of $30,000 – back to the car.

Police said one of the men then reversed the dark-coloured 2004-2007 Volkswagen Touareg to the trailer before attaching it and taking off north-west toward High Street.

The white custom-made box trailer has the registration Z40364 and both the men were smoking during the theft.

﻿The first man is described as 180cm tall with a medium build, wearing a light-coloured cap, light-coloured pants, and sneakers with a dark strip on the side.

The other man was described as about 170cm tall with a medium build and wearing a head torch, light-coloured hooded jumper with a large logo on the front, dark-coloured pants and light-coloured lace-up shoes. 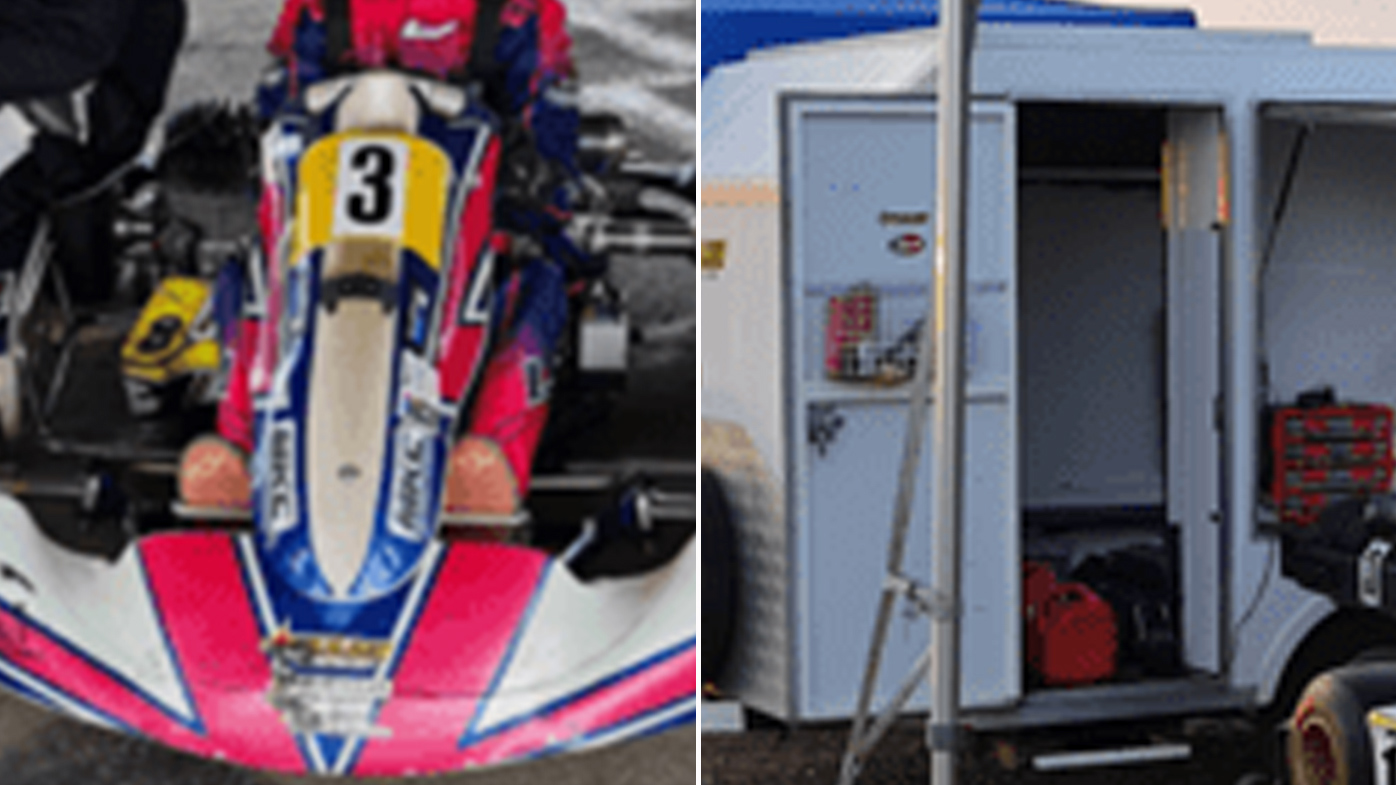 Anyone who may have witnessed the crime or has dashcam or security footage from the above date and time is urged to contact police﻿.