Plumes of smoke are billowing across Sydney's south after a warehouse erupted into flames.

NSW Fire and Rescue said a warehouse used to transfer rubbish has caught alight on Lindsay Street, Rockdale, which has caused the large clouds of smoke.

"We have a fire burning in a warehouse approximately 100 metres by 150 metres," Superintendent Adam Dewberry said. 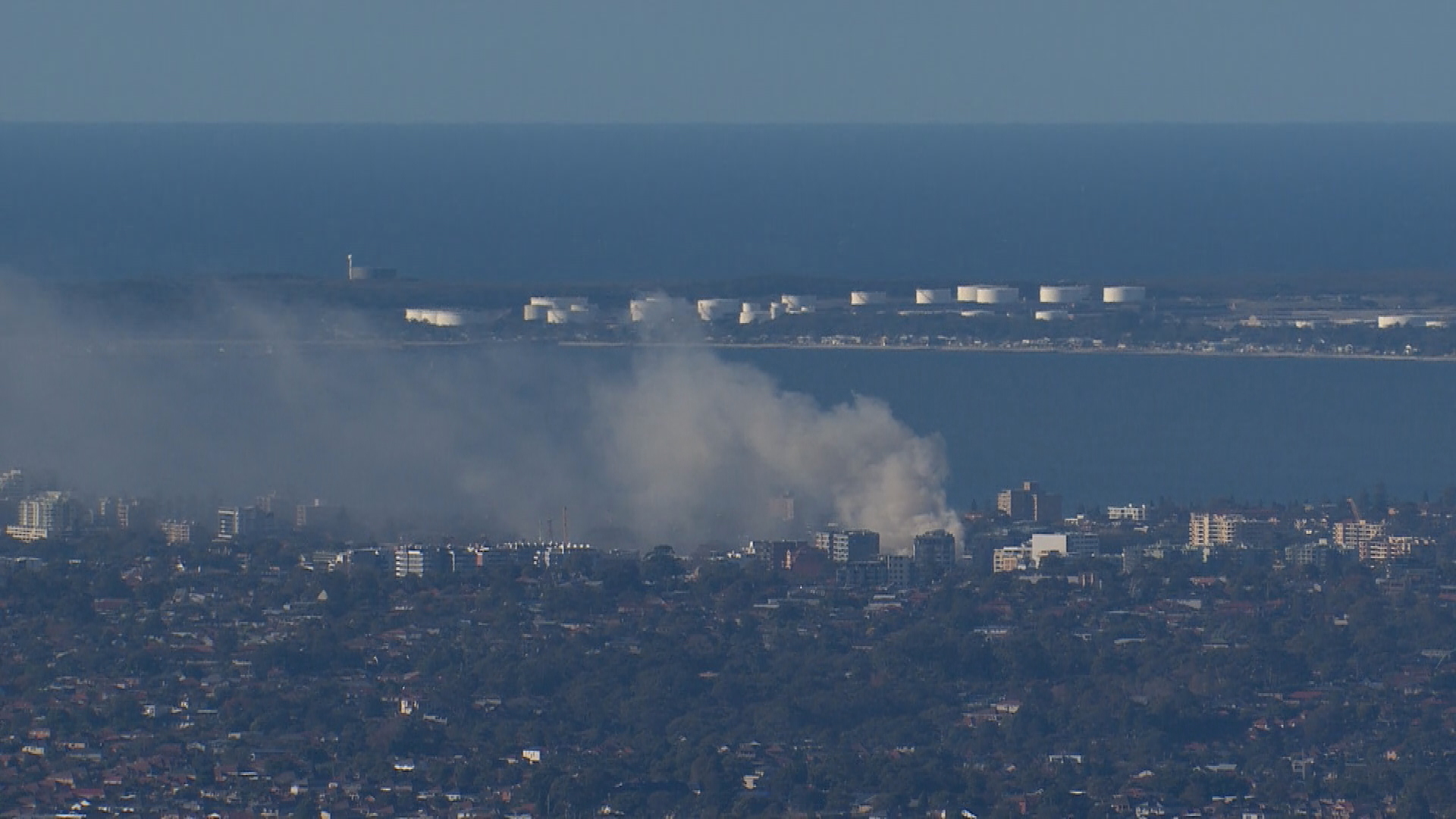 "We have 12 firetrucks and approximately 50 firefighters in attendance fighting the blaze."

There are no reports of injuries.

Fire and Rescue NSW advised anyone in the area to keep windows and doors shut due to the smoke.

The smoke can be seen drifting towards Sydney Airport.