Tons of waste dumped in poorly regulated riverside landfills or directly into the waterways that flow across three countries end up accumulating behind a trash barrier in the Drina River in eastern Bosnia during the wet weather of winter and early spring.

This week, the barrier once again became the outer edge of a massive floating waste dump crammed with plastic bottles, rusty barrels, used tyres, household appliances, driftwood and other garbage picked up by the river from its tributaries.

The river fencing installed by a Bosnian hydroelectric plant, a few kilometers upstream from its dam near Visegrad, has turned the city into an unwilling regional waste site, local environmental activists complain. Heavy rain and unseasonably warm weather over the past week have caused many rivers and streams in Bosnia, Serbia and Montenegro to overflow, flooding the surrounding areas and forcing scores of people from their homes. Temperatures dropped in many areas on Friday as rain turned into snow.

“We had a lot of rainfall and torrential floods in recent days and a huge inflow of water from (the Drina’s tributaries in) Montenegro which is now, fortunately, subsiding,” said Dejan Furtula of the environmental group Eko Centar Visegrad

“Unfortunately, the huge inflow of garbage has not ceased,” he added. 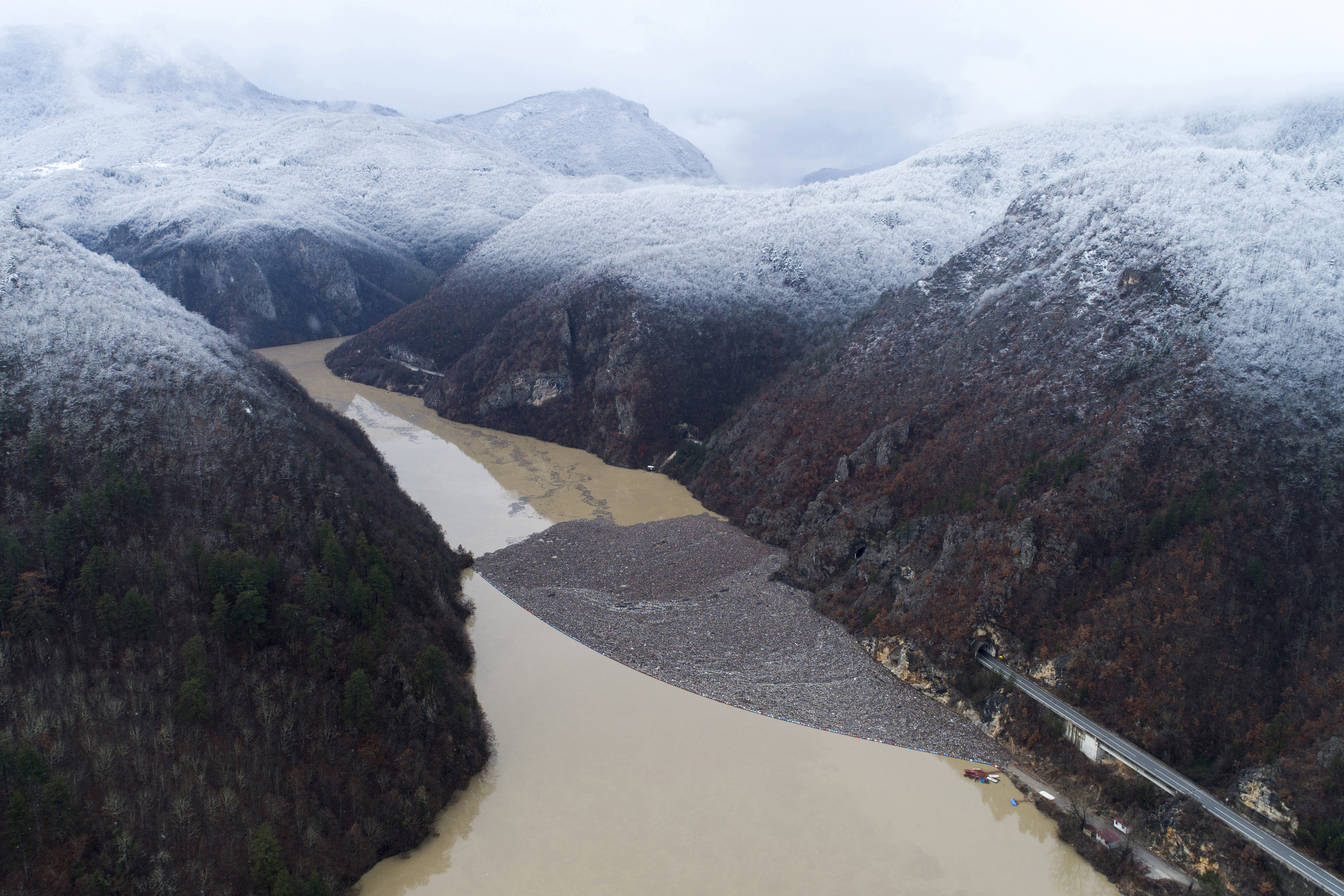 The Drina River runs 346 kilometers from the mountains of northwestern Montenegro through Serbia and Bosnia. and some of its tributaries are known for their emerald color and breathtaking scenery. A section along the border between Bosnia and Serbia is popular with river rafters when it's not “garbage season.”

Some 10,000 cubic meters of waste are estimated to have amassed behind the Drina River trash barrier in recent days, Furtula said. The same amount was pulled in recent years from that area of the river.

Removing the garbage takes up to six months, on average. It ends up at the municipal landfill in Visegrad, which Furtula said “does not even have sufficient capacity to handle (the city’s) municipal waste.”

“The fires on the (municipal) landfill site are always burning,” he said, calling the conditions there “not just a huge environmental and health hazard, but also a big embarrassment for all of us.” 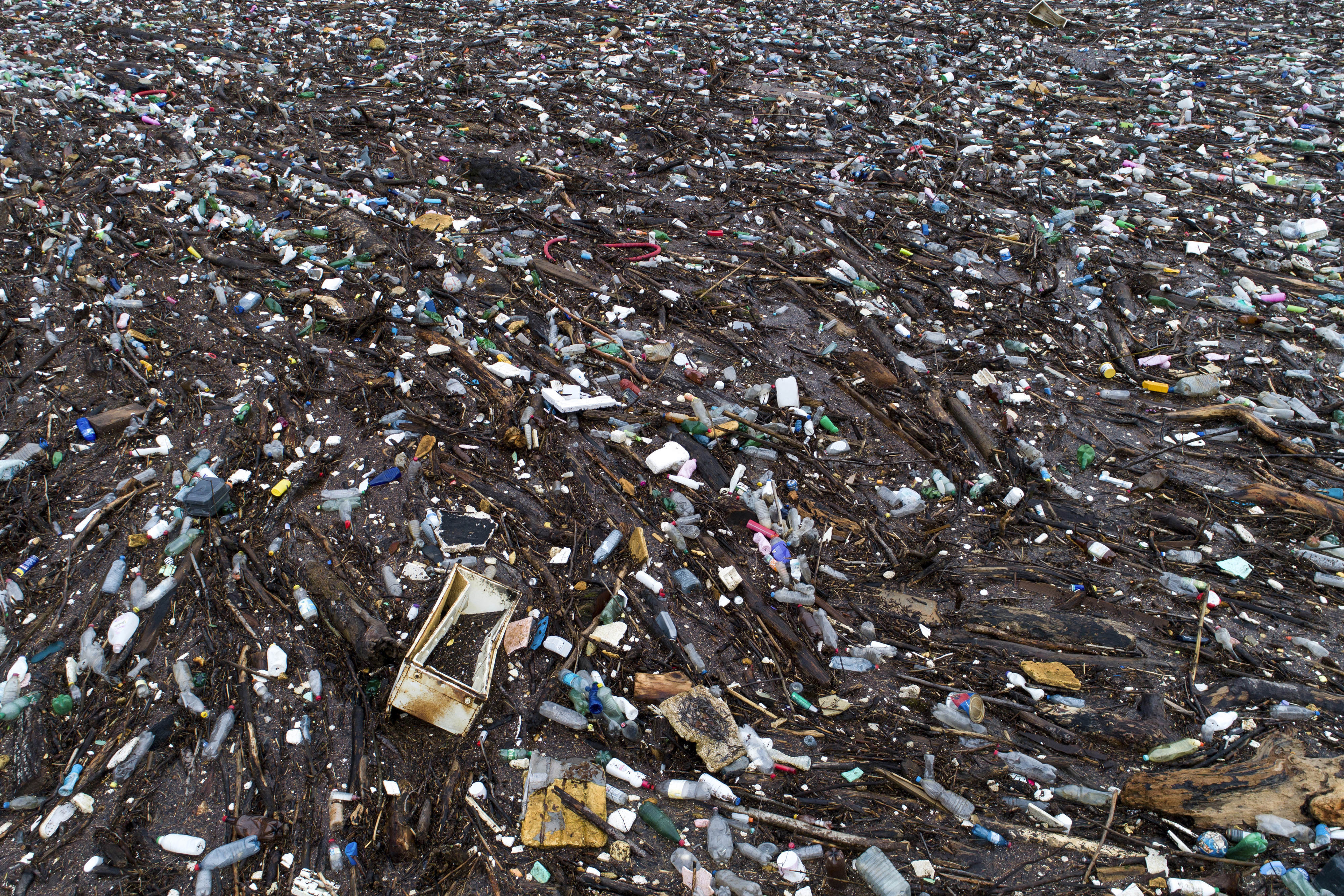 Decades after the devastating 1990s wars that accompanied the breakup of Yugoslavia, the Balkans lag behind the rest of Europe both economically and with regard to environmental protection.

The countries of the region have made little progress in building effective, environmentally sound trash disposal systems despite seeking membership in the European Union and adopting some of the EU’s laws and regulations.

Unauthorised waste dumps dot hills and valleys throughout the region, while trash litters roads and plastic bags hang from the trees.

In addition to river pollution, many countries in the western Balkans have other environmental woes. One of the most pressing is the extremely high level of air pollution affecting a number of cities in the region.

“People need to wake up to problems like this," Visegrad resident Rados Brekalovic said.

Plane flips on its head during attempted landing in Victoria