Russian troops control about 80 per cent of the fiercely contested eastern Ukrainian city of Sievierodonetsk and have destroyed all three bridges leading out of it but Ukrainian authorities are still trying to evacuate the wounded, a regional official said Tuesday.

Serhiy Haidai, governor of the eastern Luhansk region, acknowledged that a mass evacuation of civilians from Sievierodonetsk now is "simply not possible" due to the relentless shelling and fighting.

Ukrainian forces have been pushed to the industrial outskirts of the city because of "the scorched earth method and heavy artillery the Russians are using," he said.

"There is still an opportunity for the evacuation of the wounded, communication with the Ukrainian military and local residents," he told The Associated Press by telephone, adding that Russian forces have not yet completely blocked off the strategic city.

About 12,000 people remain in Sievierodonetsk, from a pre-war population of 100,000. More than 500 civilians are sheltering in the city's Azot chemical plant, which is being relentlessly pounded by the Russians, according to Haidai.

A Russian general, meanwhile, said a humanitarian corridor will be opened Wednesday to evacuate civilians from the Azot plant. Col-General Mikhail Mizintsev said evacuees would be taken to the town of Svatovo, 60km to the north in territory under the control of Russian and separatist forces.

He said the plan was made after Ukraine called for an evacuation corridor leading to territory it controls.

Mizintsev, head of the National Defence Management Centre, is accused by Ukraine of human rights violations while commanding troops during the long siege of Mariupol, Ukraine's key port on the Sea of Azov that has been taken over by the Russians.

Russian forces in the past few weeks have pressed hard to capture Ukraine's eastern industrial Donbas area, which borders Russia and is made up of the regions of Luhansk and Donetsk.

"The situation is difficult," Ukrainian President Volodymyr Zelenskyy said in a news conference on Tuesday with Danish media.

"Our task is to fight back."

With the conflict now in its fourth month, the battle of Donbas could dictate the course of the war.

If Russia prevails, Ukraine will lose not only land but perhaps the bulk of its most capable military forces, opening the way for Moscow to grab more territory and dictate its terms to Kyiv.

A Russian failure, however, could lay the grounds for a Ukrainian counteroffensive – and possible political upheaval for the Kremlin. 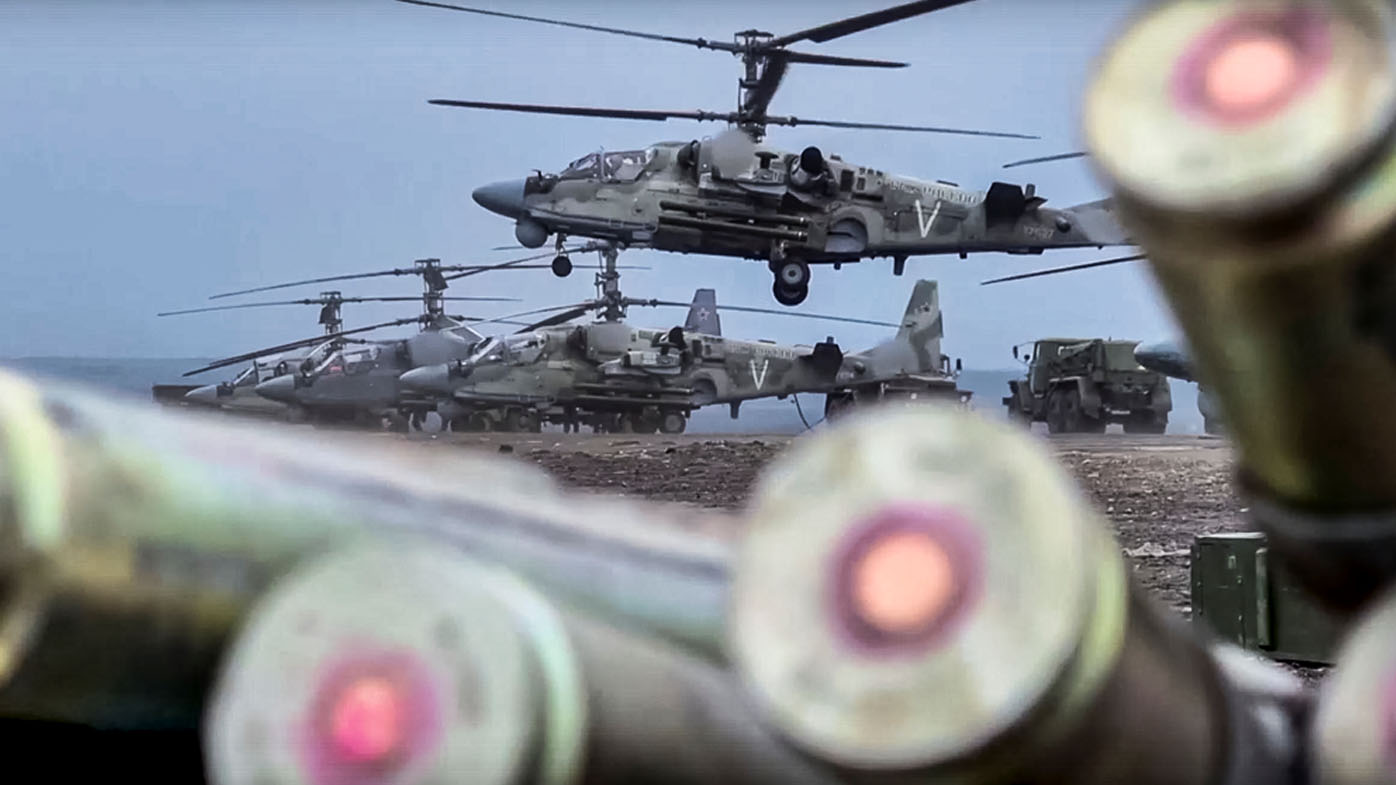 In other news, French President Emmanuel Macron arrived in Romania on Tuesday to hold bilateral talks and meet with French troops stationed there who are part of NATO's response to Russia's invasion of Ukraine.

Macron's visit to Romania, a European Union member since 2007 and a NATO member since 2004, marked the beginning of a regional tour that includes a visit Wednesday to non-NATO Moldova. Both countries share long borders with embattled Ukraine.

"Nobody knows what is in store for us in the coming weeks and months, but we will do all we can to put an end to the Russian invasion, to help Ukrainians and continue with negotiations," Macron said at the eastern Mihail Kogalniceanu air base, where he was greeted by Romanian Prime Minister Nicolae Ciuca.

In a brief address to French soldiers deployed at the NATO base, Macron praised them for "honoring our commitment to defend Europe as war is being waged again."